Editor’s Note:  Veterans Today was the first to break this story in 2013 and traced the manufacture of the gas/components to an American facility in the State of Georgia, the “Lugar Labs” or former National Reference Laboratory.  VT staffers in Georgia secured plans for the WMD and bio-weapons warfare facility from “girls” who “borrowed” them from Bechtel Corporation’s project managers during afternoon trysts paid for by American taxpayers.

Turkey was aided, every step of the way, by the Syrian Human Rights Observatory, a “one man band” propaganda front working closely with Reuters and MI6

____________
Islamic State terrorists in Syria received all necessary materials to produce deadly sarin gas via Turkey, Turkish MP Eren Erdem has told RT, insisting there are grounds to believe a cover up has taken place.

“There is data in this indictment. Chemical weapon materials are being brought to Turkey and being put together in Syria in camps of ISIS which was known as Iraqi Al Qaeda during that time,” Erdem told RT.

Sarin gas is a military-grade chemical that was used in a notorious attack on Ghouta and several other neighborhoods near the Syrian capital of Damascus in 2013. The attacks were pinned on the Syrian leadership, who in turn agreed to get rid of all chemical weapons stockpiles under a UN-brokered deal amid an imminent threat of US intervention.

Addressing parliamentarians on Thursday, Erdem showed a copy of the criminal case number 2013/120 that was opened by the General Prosecutor’s Office in the city of Adana in southern Turkey.

The investigation revealed that a number of Turkish citizens took part in negotiations with Islamic State (IS, formerly ISIS/ISIL) representatives on the supply of sarin gas. Pointing to evidence cited in the criminal case, he said that wiretapped phone conversations proved that an Al-Qaeda militant, Hayyam Kasap, acquired sarin.

“These are all detected. There are phone recordings of this shipment like ‘don’t worry about the border, we’ll take care of it’ and we also see the bureaucracy is being used,” continued Erdem.

Based on the gathered evidence Adana authorities conducted raids and arrested 13 suspects in the case. But a week later, inexplicably, the case was closed and all the suspects immediately crossed the Turkish-Syrian border, Erdem said.

“About the shipment, Republic prosecutor of Adana, Mehmet Arıkan, made an operation and the related people were detained. But as far as I understand he was not an influential person in bureaucracy. A week after, another public prosecutor was assigned, took over the indictment and all the detainees were released. And they left Turkey crossing the Syrian border,”he said. 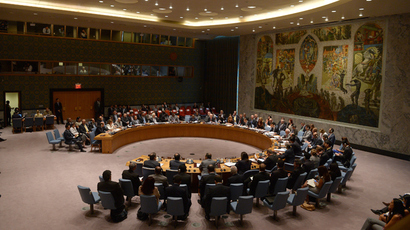 Homemade sarin was used in attack near Damascus – Lavrov

“The phone recordings in the indictment showed all the details from how the shipment was going to be made to how it was prepared, from the content of the labs to the source of the materials.

Which trucks were going to be used, all dates etc. From A to Z, everything was discussed and recorded. Despite all of this evidence, the suspects were released,” he said.

“And the shipment happened,” Erdem added. “Because no one stopped them. That’s why maybe the sarin gas used in Syria is a result of this.”

Speaking to RT, Erdem said that according to some evidence Turkish Mechanical and Chemical Industry Corporation was also involved, with some unconfirmed reports pointing in the direction of a government cover up, with Minister of Justice Bekir Bozdag’s involvement.

Certain evidence suggests Bozdag wanted to know beforehand from the sarin gas producer when and if the Islamists will use the chemical weapon.

“When I read the indictment, I saw clearly that these people have relationships with The Machinery and Chemical Industry Institution of Turkey and they don’t have any worries about crossing the border. For example in Hayyam Kasap’s phone records, you hear him saying sarin gas many times, saying that the ateliers are ready for production, materials are waiting in trucks which were supposedly carrying club soda,” he told RT.

The parliamentarian said that now he feels like there is a witch hunt against him, after he confronted the justice minister. Bozdag, according to Erdem denied only the part that he wanted to get notified about the operations beforehand.

Furthermore, Erdem argues that the West purposely blamed the regime of Bashar Assad for the August 2013 attacks and used it as part of the pretext to make US military intervention in Syria possible.

The MP said that evidence in Adana’s case, according to his judgment, proves that IS was responsible.

“For example the chemical attack in Ghouta. Remember. It was claimed that the regime forces were behind it. This attack was conducted just days before the sarin operation in Turkey. It’s a high probability that this attack was carried out with those basic materials shipped through Turkey. It is said the regime forces are responsible but the indictment says it’s ISIS. UN inspectors went to the site but they couldn’t find any evidence. But in this indictment, we’ve found the evidence. We know who used the sarin gas, and our government knows it too,” he said.

At the same time, Erdem also accused the West and Europe in particular for providing “basic materials” to create such a powerful chemical weapon.