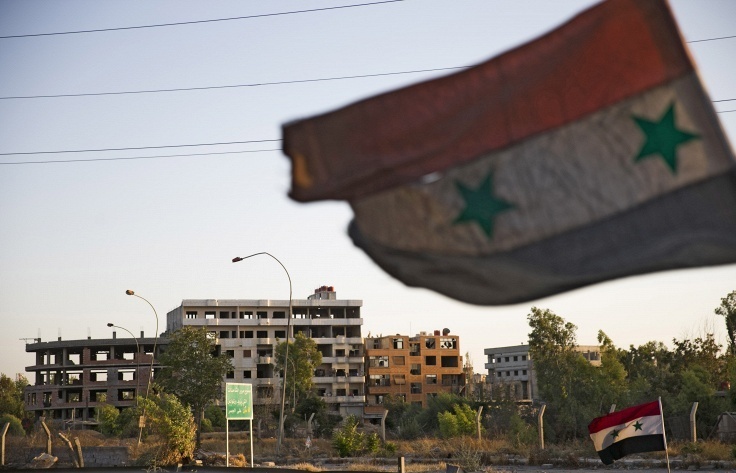 MOSCOW, December 21. /TASS/. The people in Syria believe neither the regime nor the opposition, as the country is in a desperate situation, representative of the leadership of the Syrian Popular Front for Change and Liberation Qadri Jamil said on Monday.

“We are now faced with new tasks, above all, the preservation of Syria, this is the ultimate goal,” Jamil said. “Disagreements between the warring parties are brought to the fore instead of paying attention to the humanitarian disaster. This is an immoral stance.”

“The Syrian people trust neither the regime nor the opposition, as they plunged it into a tragedy,” Jamil said. “Everyone promotes its slogans, but what is important is the result,” he noted. “And the result is 8 million migrants inside and outside Syria, 300,000 dead on both sides, 1million disabled people and millions of orphans and widows.”

Jamil noted that “50% of Syria’s economic potential had been destroyed, adding that at the beginning of events in Syria “a US dollar equaled 50 Syrian pounds, and now it equals 400 Syrian pounds. And that’s nothing compared to the prices, especially in the blocked cities.”

“A catastrophic situation in every sense of the world,” he said. “They are killing the Syrian people not only with bullets but also with cold and hunger.”

“The resolution is historic, in the full sense of the word,” he said. “Fortunately, the international community found strength and will to reach a consensus on the Syrian crisis.”

According to him,” the essence of the agreement lies in three points – to stop the humanitarian catastrophe, to stop the advance of IS [the Islamic State terrorist group outlawed in Russia – TASS] and to start a serious discussion on Syria’s future.”

“The resolution has stopped the catastrophe, the collapse,” Qadri Jamil said.