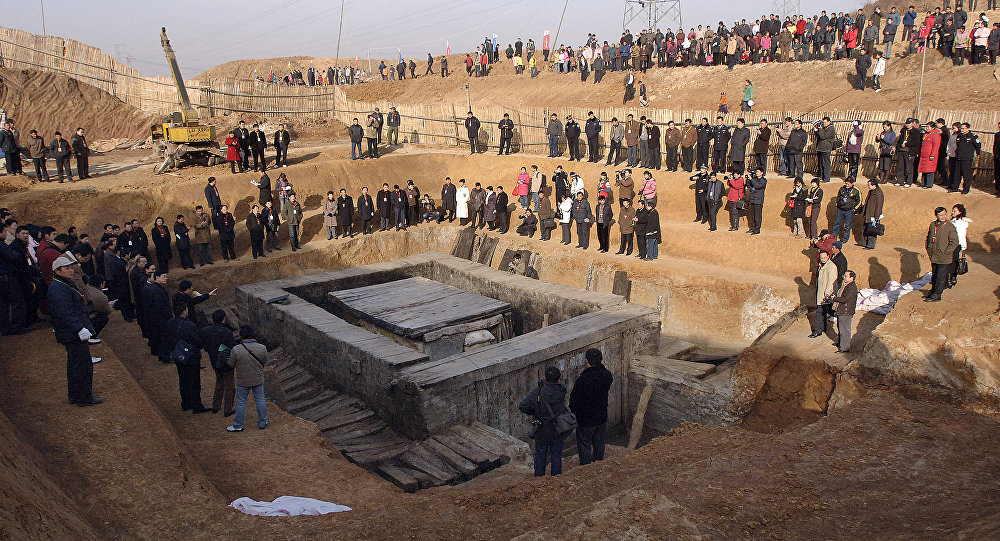 A number of gold coins found in a 2,200 year old tomb from China’s Han Dynasty has risen to 285 after further excavation of the site.

Archaeologists in China have made the largest discovery of gold coins from any Han Dynasty tomb, after unearthing another 68 coins and plates from the site on Friday, the Chinese press reported.

“The new finds include 20 thin plates about 22 centimeters long and 10 centimeters wide,” and gold coins weighing around 250g each, reported Xinhua.

The coins were discovered in the tomb of a nobleman, Liu He, who is thought to have received the title ‘Haihunhou,’ or ‘Marquis of Haihun,’ after he was deposed as emperor after just 27 days. Haihun is the ancient name of a very small kingdom in the north of Jiangxi province, in southeast China.

​​Liu He was the grandson of Emperor Wu, the seventh emperor of China’s Han Dynasty, and his tomb is thought to date back to between 206 BC and 24 AD, during the Western Han Dynasty.

Excavation of the tomb began in 2011, and has also yielded ornaments made of amber and jade, and bronze lamps, as well as ancient musical instruments and sacrificial chariots.