The private City of London Banksters is also known as the secret World Zionists (WZs). These World’s worst criminals and mass-murderers are the leaders of the Khazarian Mafia (KM).  We now know for certain that the KM is a large, Worldwide inter-generational secret Luciferian occult system of unimaginable evil based on ancient Babylonian Talmudism known as Baal Worship.

This secret inter-generational Baal worship is also the hidden cause of Bolshevism, Nazi-ism, Maoism, and the Neo-Bolshevism that now rules the USG and is a parasite upon the American People and most of the World.

The KM is characterized by the use of private KM central banking with fake money. They have used these debt notes to entrap the World into debt slavery.

They have created:  an elastic unlimited source of funny money they have used to buy, bribe and own elected officials; wars engineered for increased power, profit, and cheap access to resources accompanied by mass-murder and maiming of thousands and even hundreds of millions; drug trafficking; pedophilia; sex-slavery; and secret Satanic rituals including child torture and their blood sacrifice.

The Select Few who are the KM leaders also serve as the top several Policy-makers in America and are best referred to as the “Select Few”.

In 1913 the Khazarian Mafia (KM) was able to hijack the American Monetary Creation and Distribution System which then provided the KM with an unlimited means to buy, bribe, own and control almost every member of Congress and most USG Officials.

This 1913 KM hijacking of America resulted in the UnConstitutional and criminal creation of their private Federal Reserve System. Today under existing RICO laws, the FRS easily meets all the definitions of a criminal RICO crime syndicate as does their owner and controller the Khazarian Mafia.

But neither the FRS nor the KM has ever been brought to justice because of its massive unbridled money power to buy, bribe, corrupt, and hire contract hitmen to sanction anyone including Presidents who come after them.

That is, until recently until they KM used Israeli Intel and Dual Citizen Traitors in the USG to attack America on 9-11-01 and have now been exposed for this false-flag action designed to manipulate Americans into fighting another war for Israel, the KM, its associated large defense contractors, and Big Oil.

These perps never expected to get exposed for this but they have.

Certain “loyal to America” sectors in the Pentagon and American Intel want them brought to justice one way or another for this mass murder of 3,000 Americans that day and the later deaths of 39,000 first responders and nearby residents that died from the air pollution it caused afterward.

In addition, there are about 70,000 locals that are fighting for their lives from strange cancers and lung disorders from the 9-11-01 attack and cannot get any justice because of a crooked Federal Judge who is owned by the KM and is an American Dual Citizen Traitor…

The new checkmate of the KM in Syria is now exposing the KM and its constituents.

Recently Putin and the Russian Federation have completely checkmated ISIS in Syria and have captured some of their commanders that are singing like canaries.

We are now all learning the terrible truth that the leaders of these nations have been working together to create Terrorist mercenary armies to start wars to create extreme profits for the KM Banksters and their associated large international defense contractors and Big Oil.

What much of the World is now learning is that ISIS and all Mideast terror groups are actually private mercenary armies that have been created, trained, supported, and paid by Israel, the USA, Saudi Arabia, Turkey, the UK, and much of NATO. 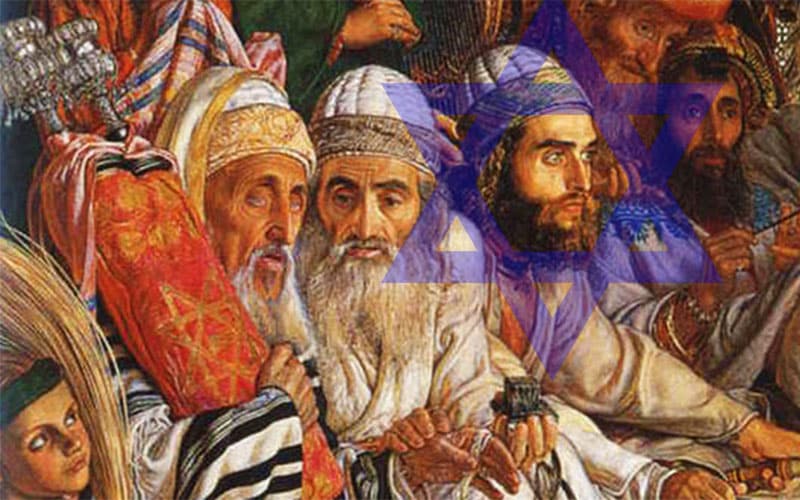 The Khazarian Mafia (KM) created a massive Worldwide Web of Debt which has oppressed most of humanity.

But this is now coming to an end thanks to crafty efforts of the Russian Federation and China which have been setting up new banking and trade systems outside the US Petro Dollar.

Massive bribes have been made to Members of Congress through various lobbying groups which in reality serve as espionage fronts for the Khazarian Mafia (KM) Banksters.

We now know for certain that all these Mideast Wars for at least the last 50 years have all been used to maintain the KM’s hegemony over oil production and to gain cheap access to natural resources.

Up until now, the KM Bankster’s American FRS has been an unsinkable ship of a secret “hidden from plain sight” supra-national KM mega-state.

But alas, the top several leaders of the KM System, e.g. the “Select Few”, have become very, very old and now approach death from aging and physical deterioration.

Their plan has been to expand their Worldwide Fiat Counterfeiting System until it collapses and then institute a Worldwide electronic monetary system in its place, one they would control.

They could then use all NSA spy data to take any dissidents out of their electronic system preventing them from buying, selling, working, or even eating.

And they would then use this new unbridled power to consolidate all the nations of the World into a Globalist NWO system run by them.

At this point, they have planned to seat their NWO Ruler they claim is Lucifer the “Light Bearer” or the true God and in turn, receive eternal life and new completely restored eternal bodies.

But their own hubris and old age have apparently blinded them to the new spontaneously emerging populism inside America and much of the World, especially inside the Russian Federation. This is due to the alternative media of the Worldwide Internet which has become the New Gutenberg Press.

Despite over 50 years of the KM’s Controlled Major Mass Media which is actually an illegal News Monopoly and News Cartel, the alternative media of the Internet spreading truth to the American masses and neutralizing all this mind-control.

Naturally, the KM has started to realize this present threat to their World Hegemony and has taken massive steps to neutralize the truth nuggets which have been spreading from the Internet like wildfire.

But no matter how many repressive laws the KM uses its stateside Cutouts to pass, all are destined to failure because the American Public’s rage toward appointed and elected officials of the USG grows every day for neglecting to represent them and instead of serving only wealthy special interests.

The KM has thousands of Internet trolls, stooges, and sock-puppets. Many use “limited hangout” to gain credibility and then deliver bad payloads to neutralize truly important truth nuggets. But these efforts are losing effectiveness as many Alternative Media users become too sophisticated to be psyopped anymore.

What are these truth nuggets being disseminated by the Internet that is rapidly diffusing to the masses even in America?

Truth nuggets like:  the KM attacked America on 9-11-01 using Israeli Intel and Traitors inside our gates in the Pentagon including the Administration, JCS, USAF, NORAD and the FAA;  Sandy Hook was a two-day DHS/FEMA Capstone Drill which was actually a false-flag attack on the Second Amendment with no dead kids and nobody dead at all; or that ISIS/ISIL/Daesh/Al Nusra, Al Qa Dae (aka “Al CIA Duh”) all mercenary groups created, trained, supplied, paid and commanded by Israeli Intel, the US Administration, a powerful Zio faction of the Pentagon now assisted by Senator John McCain (head of the influencial Senate Armed Services committee), and the Bush Crime Cabal aka the CIA, all set up to create much needed enemies to stoke the US and NATO military machine on behalf of the KM and its main Action-Agent and Cutout Israel in order to further the Greater Israel Plan and make massive War profits for the large international Defense contractors who kick back plenty of money and perks to most members of Congress through K Street lobbyists and various foreign based espionage groups (which including at least one from Turkey).

The KM has now been quite unexpectedly checkmated in Syria by the increasingly powerful Russian Federation and its super-statesman Vladimir Putin. Putin is supported by over 90% of his citizens and a growing number of Americans view him as the ideal President, the type they long for.

This man Putin is actually working hard and very smartly to protect the interests of the citizens of the Russian Federation. Something we have not had since the Bush Crime Cabal aka the CIA assassinated JFK for the KM Banksters, Big Oil, Defense Contractors, and the Pentagon.

Our Politicians in America are working very hard to protect the interests of the KM and the Israeli-American Defense Machine but they are presently failing.

And the last decade the Russian Federation and China have been able to convince a growing number of nations to work with them to set up various firewalls against the US Petro Dollar. Their oil sales and purchases are now actually being made without using the US Petro Dollar and this trend will continue to spread.

It will take time, but the die is now cast for the complete destruction of the KM System. Soon we will see an end of the US Petro Dollar, and the KM plan to set up their own Worldwide electronic banking system will fail.

Yes, anyone who has carefully considered all aspects of this issue will conclude that the KM System used to be an unsinkable Titanic.

But it is now increasingly evident to many that KM is now headed directly for a collision with a large and growing iceberg of worldwide populism and the new financial and economic firewalls built against its hegemony. When this giant worldwide KM Titanic sinks on this large iceberg, this will likely bring exposure and final judgment to its cadre of members and the Select Few who haven’t already died of old age.

By attempting to crash out the American economic system through Free Trade and its counterfeit debt-based phony money, the KM has actually created a situation where it is now at risk to be on the receiving end of an increasingly informed American public who are beginning to connect the dots and blame them for the destabilization of the American economy.

Stay tuned because this is likely to get very interesting in 2016.