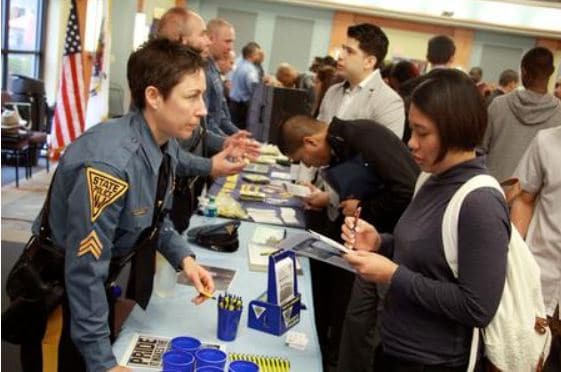 It can be very difficult for someone with a military background to successfully re-integrate back into civilian life. Granted, most tend to make the transition alright, but since 2001, increasing statistical numbers of military persons find this transition difficult. This is rather sad, because there are a lot of things military skills bring to the table.

Those who have been in the military often know how to turn work ethic on like a faucet, and turn it off as quickly. It’s a skill people in any station of life can acquire. But specifically in the military, those in combat are expected to go from “zero” to “killer” in the time it takes to wake up. Additionally, support personnel must be similarly prepared with exceptional swiftness.

Then there’s physical discipline to consider. Remaining in top-tier physical shape is tough. Getting into a regular regimen of self-maintenance is something many people never do. But those who do understand that their energy increases, their mental acuity increases, and they become more capable. In the military, this is implicitly understood.

So what does this all boil down to? Well, those who were previously in the military are in a unique position to start a business. That business can be peopled by motivated, energetic, critically thinking, hard-working employees with whom you have previous affiliation through the military.

If you’re running a business using the skills you honed in the military, and the relationships that were likewise forged there, you can additionally lean on certain traditional protocols which define the military to help keep the “troops” of your business in line. Challenge coins come readily to mind in this regard.

Sites like Embleholics can help you translate previous ideals of recognition to similarly-situated staff who also have a military background; according to the site: “Embleholics strives to produce amazing challenge coins for our customers. We have worked with military organizations, civilian companies, fire departments, and law enforcement agencies throughout the world…”

You can check this article for a more comprehensive look at challenge coins and their application in a recognition sense. Little tips and tricks like this reinforce the shared identity you and your military employees have, while simultaneously reinforcing their contemporary position in a new company that is totally separate from the military.

Additionally, this makes employees with whom you work feel more secure in their occupation. One of the biggest things veterans struggle with as they return to civilian life is being understood. PTSD, or Post Traumatic Stress Disorder, is just generally not nearly so well understood as it really needs to be. A job where employers get it can be valuable enough to keep veterans from taking their own lives.

Something that is especially disturbing in modernity is the number of veterans who choose to end it all­ on friendly shores. Did you know that more veterans take their own lives than are killed in combat? PTSD is a big part of that. Another big part of that is difficulty reintegrating. A third factor is a government who just doesn’t seem to care as much about its veterans as it should.

Something that can help fix all these things, and put disciplined energies to their proper purpose, is a business founded by veterans and primarily employing veterans. When one has an issue, that individual can be worked with and around, rather than being roundly rejected as many civilian businesses are in the habit of doing.

Additionally, a business focusing on veterans can help supply benefits packages where the government falls unforgivably short. Integration becomes less hard, as those who have been with the military are drawing a regular wage from similarly-situated individuals. All you really want to be careful you do is provide an upward career path within your business.

Granted, many military personnel achieve a certain rank and remain there; but many don’t. Having challenge coins is a great way to recognize excellence in craftsmanship and order-following skills. Another wise means of management includes strategic promotion as such positions become viable.

When all is said and done, as a business owner with military background, you’ve got ample opportunity to work with like-minded people, provide a useful service to the community, and enjoy the benefits of laborers who understand how to do a job with energy and perseverance.