Home Veterans Our Troops can only be Scapegoats or Bad Apples – They cannot... 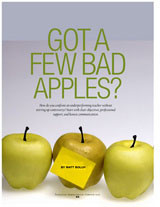 "It is increasingly obvious that responsibility for widespread and systemic abuse of detainees in Iraq and Afghanistan lies at the top of the chain of command, but no one has been held accountable," said Lucas Guttentag, ACLU lead counsel for the plaintiffs. "The rule of law and the protections of the Constitution cannot stop at the water’s edge when United States officials adopt policies that violate fundamental rights and core American values."

Thoughts of one retired Field Grade Military Officer [with Army and Air Force experience during Vietnam and the Gulf War] on OUR responsibility as NCOs, Military Officers, and DOD Civilians within the Civil-Military Chain of Command in regards to violations of any International Law, including the Geneva Convention.  http://www.unhchr.ch/html/menu…

Being an early advocate for the ACLU, among other legal, and Human Rights Activists Groups getting onboard the violations of the Geneva Convention bandwagon, I have a few concerns with this.

The ACLU and related Human and Civil Rights groups need to do more on behalf of Veterans, Military Families, and as much as they reasonably can for active duty Military Families and Troops who either question war(s) or find themselves scapegoats of our government and Chain of Command. Point: too much emphasis is being placed on innocent civilians and not enough on those lower-ranking troops labeled ‘bad apples.’ The emphasis must be on protecting BOTH.

I passionately agree that "responsibility for widespread and systemic abuse of detainees in Iraq and Afghanistan lies at the top of the chain of command, but no one has been held accountable," and yes Secretary of Defense Rumsfeld is most likely the most vulnerable former representative of the Bush administration to go after.

However other civilians (and high-ranking military officers) at the top of the Chain of Command have AND still advocate questionable and unethical policies, even if by their SILENCE, or ‘follow what may eventually be decided in court to be questionable orders.’ An injustice that lower ranking GIs have gone to Leavenworth for as scapegoats, that is the problem I have with this ACLU effort. 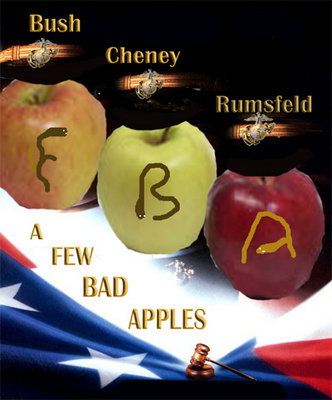 Though I realize that families of those so-called bad apples need to come forward and request ACLU, and related, legal support and get off their our country right or wrong bandwagon in order to get sympathy or help.

For the rest of the story go to VetVoice: http://www.vetvoice.com/showDiary.do?diaryId=1120