Home Veterans VA Sends out letters Erroneously to Gulf War Veterans that are not... 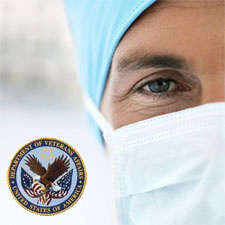 Veterans Today stands with the NGWRC to get the Clear and Real Truth of how many Gulf War Veterans were sent these erroneous letters from the VA.

WE want to know the breakdown by VA Regional Offices how many letters were sent out erroneously that caused anxiety, fear, uncertainty within the ill Gulf War Veterans’ Population.

These letters have cost individuals that immediately considering the seriousness of the ALS Diagnosis went to civilian Neurologists for all the tests that would have to be done to diagnosis them as ALS.

Why were these veterans not already being examined with all appropriated diagnostic tools to diagnosis them with ALS or MS or a whole slew of potential medical conditions that have overlapping symptoms?  Why so few being able to get to the War Related Illness and Injury Centers in Washington DC or East Orange New Jersey?

The VA still has not put out a press release on their http://www.va.gov/ website on this topic.  Neither have they gotten themselves on the TV or in print to lead in correcting their error.  Again the Gulf War Veterans of Desert Storm 1990-91 have not only been ignored, downplayed, but also demeaned by the VA.

Many veterans have expressed that this could have and may still result in a gulf war veteran’s suicide because of their ongoing chronic illness, battles with the VA for diagnosis, testing, care, and claim acceptance.  This erroneous letter could just be the straw that drives them to giving up.  That is why we are still on this issue and will remain on the issue.

The VA has alot of work to do and time is being wasted in trying to spin numbers.  We at Veterans Today still wants the Veterans input.  If you got these Letters email [email protected].  She is also a board member and Vice President of National Gulf War Resources Center.  She also is a Vice Chairman of National Vietnam and Gulf War Veterans Coalition.

A Desert Storm in Theater Air Force Flight Nurse, Maj(Ret), RN(retired due to GWI), MSN with over 30 years of nursing experience at every level of nursing, 20yrs active and Reserve USAF, and active advocate on Gulf War Illness since 1992.