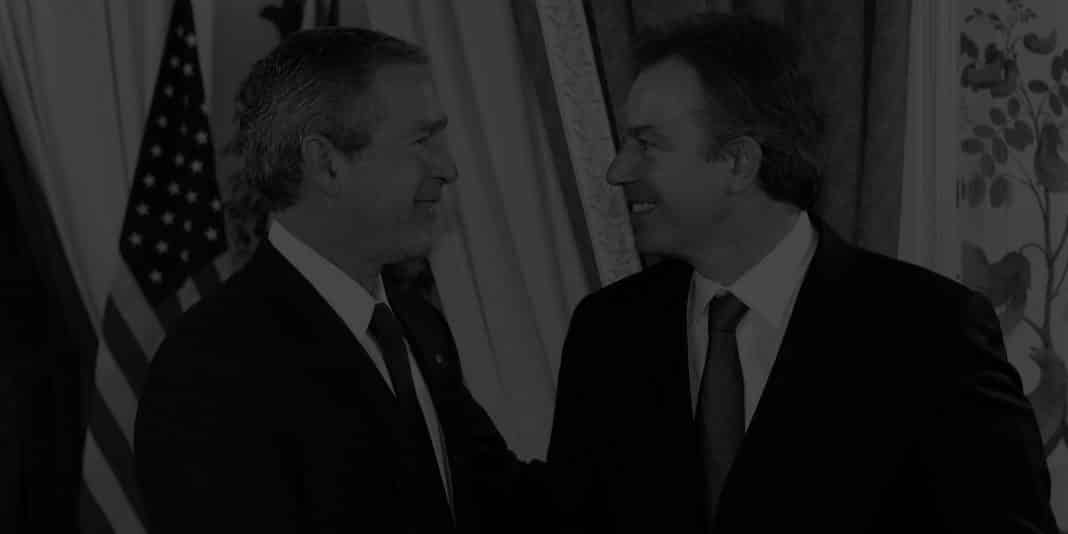 Our British allies, sickened by years of revelations of government corruption leading to their part in the invasion of Iraq, are now enjoying the official inquiry so many have demanded.  However, nobody expe

cts anything but a whitewash.  We have all “moved on” to new wars, new politicians and entirely new lies.  The souls of the dead will have to settle for “admissions of possible error” but are unlikely to enjoy justice, much less deserved retribution and vengeance.

Few in Britain understand how widespread continued disbelief in the shallow and whimsical 9/11 Commission report is.  We ask, how can you look at the simple trail of lies leading up to the Iraq invasion when the slaughter of 9/11 itself was brushed off with an outlandish cover story no child could accept.

Your lies and our lies were only told to cover for more lies, lies more devious, more conspiratorial and more cruel.  The lies about both 9/11 and Iraq are bastards, brothers born of the same syphilitic whore.

I imagine our British cousins salivating at the possibility of getting, what to them seems the “mother of all liars,” former Prime Minister Tony Blair under oath.  Those of us more familiar with this slippery character know and expect him to engage in his typical histrionics, using the skills that made him the invaluable “hand puppet” of his neo-con extremist masters in Washington.

Talking to a parrot would be more fruitful. 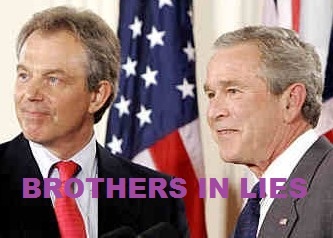 The entire concept involves the futility of investigating what is already known and accepted, that the war in Iraq was planned well in advance of any rationale, planned for purposes that will never be discussed or investigated and enacted as part of a multinational governmental conspiracy for the benefit of unknown parties.

The unknown parties are, of course, the government of Israel, the great oil companies and an endless series of war profiteers who bilked America and Britain out of hundreds of billions of dollars while Iraq’s oil production disappeared on paper while the tankers kept filling and sailing off.

Thus, we chase down a limited set of lies and ignore a worldwide conspiracy to establish a “klepto-garchy.” (a “kleptocracy” with fewer and more efficient thieves)

Here in America, we are told that attempts to bring to justice any of the gang responsible for Iraq or, if so many experts are correct, some unnamed role in the 9/11 attacks, will cause our government to turn against our own country.  Blackmail.

We are told if we try to jail the traitors, traitors so powerful and numerous that they can cut off our fuel supplies, stop all government processes or perhaps, even step aside, as before while mysterious groups accomplish impossible acts of terrorism, we will no longer be the forgiving Christian nation the world knows us as.

I wonder if the world knows more of American forgiveness and righteousness or more of our military prowess and insatiable desire to control?  Perhaps we can investigate this also.

How can we talk about 9/11?  Our controlled press has spent years selling the improbable and impossible as the machinations of a vast terror conspiracy capable of dancing aircraft at will through the world’s most protected airspace.

How can we talk about 9/11?  Our own investigations have our leaders, one by one, making the most outlandish and insane statements, blatant lies, lies told to hand picked “commission” members, as with all commissions, the inane leader the weak at the behest of the corrupt.  We had been down that same path a dozen times before.  This time was no different.

If you don’t want to be lied to, don’t as a question.

When our cousins in Britain begin asking questions, will they have the nerve to preface each line of inquiry:  “Given the fact that all previously accepted cover stories and findings regarding the attacks of 9/11 are now know to be little more than fiction and it is a safe presumption that you were in on the creative process, why in the name of heaven did you expect that the pack of childish lies pawned off on us regarding the need to attack Iraq wouldn’t be found out?”

Simply put, this is the only question that doesn’t dishonor the memories of the dead.