Home Government The vast majority of Americans do not have a loved one in...

As supplement to VTs take on Obama’s State of the Union in his article Obama Bring the Troops Home, Support Veterans, Veterans Today has also received this call to action from Military Families Speak Out (MFSO).

Despite the patronizing of America’s veterans and military families and attempts to placate us by sending forth Michelle Obama (for what the second time) and Joe Biden, military families are beginning to take note of just how   superficial Obama’s reference to the wars really were. Mike touched on an aspect of this. We believe the media is NOW more interested in hearing from troops and military families willing to speak out after Obama’s State of the Union than before it.

“The press would like to speak with [any Military Family members] who are impacted by the President’s policies and the continued wars in Iraq and Afghanistan. This is an opportunity to share the “ground truth” of the wars in Iraq and Afghanistan with the American people. The vast majority of Americans do not have a loved one in the military. It is your stories — your voices — that can convince the public of the necessity to end these wars.” 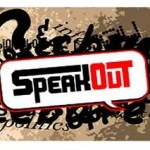 As you know, President Obama delivering his second State of the Union address on Wednesday, January 27 , 2010. With the vast majority of Americans (the electorate) not having a loved one in the military thus not committed to the wars, it was no surprise that Obama’s message focused on domestic priorities, and he only reiterated and defended his policy decisions on Iraq and Afghanistan, including the most recent surge of 30,000 troops in November, 2009.

The press would like to speak with any Military Family members who are impacted by the President’s policies and the continued wars in Iraq and Afghanistan.

This is our opportunity to share the “ground truth” of the wars in Iraq and Afghanistan with the American people. The vast majority of Americans do not have a loved one in the military. It is your stories — your voices — that can educate and convince the public of the necessity to end these wars.

If you would be willing to speak with the press, please fill out the following form and return it to [email protected]

We will be providing talking points and can support you if you would like to speak to the press for the first time.

Relation in military: (Example: Son is in Marines)

If a Veteran or active duty, experience in Iraq and Afghanistan: (Example: 1 tour in Iraq, currently serving in Afghanistan)

Anything in particular you would like to communicate to the press:

Best way to reach me during the day:

Thank you for your work and commitment. 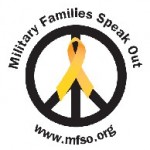