Why We Seek War Part 2

One reason the U.S. is continuously at war is that its leaders “are never held to any criminal responsibility for their actions,” a law school dean writes. 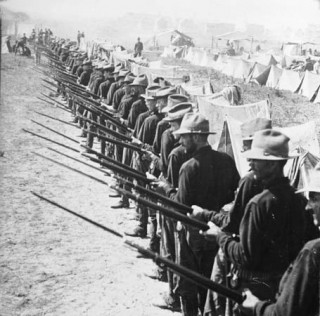 The U.S. hanged World War II German and Japanese war criminals “but no American leaders are held to criminal responsibility by America, no matter how dastardly their conduct,” writes Lawrence Velvel, dean of the Massachusetts School of Law at Andover.

“And we of course will not let any other country or body hold them to criminal responsibility for horrendous conduct,” writes Velvel, in his school’s “Long Term View” magazine. Indeed, he noted the President George W. Bush “with unaccustomed foresight refused to let America support and ‘participate’ in the International Criminal Court lest Americans be triable for their actions.”

Why shouldn’t warmongering leaders enter wars for any reason that suits them, however fallacious or despicable, if they know they can retroactively justify the war if any arguable basis later turns up…and they also know that they face no possibility of criminal responsibility regardless of how terrible their conduct?” Velvel asks.

In Viet Nam, for example, U.S. leaders caused the deaths of thousands of their own men and several million Vietnamese after they already knew they had made probably the worst mistake in American history. Velvel writes, “Our top military men create(d) free fire zones where civilians are killed on sight, and bomb and defoliate to the nth degree.” In Iraq, our leaders unleashed “a horrendous reign of terror from the skies, create a thus far thoroughly destabilized post-war society, and then, when all their other myths have shown to be myths, retroactively justify the war by saying that we got rid of an admittedly horrible dictator, his equally horrible sons, and his entirely horrible government.”

Velvel says the leaders rarely have little or any battlefield experience that might curb their hawkish outlook. “This is an era…where American wars are pretty much fought only by the poor and the lower middle class, while Presidents who deliberately evaded combat blithely send them off to die and never send their own children or their colleagues’ children off to die.”

Hubris, writes Velvel, is another reason America is usually at war. Defined as “excessive pride or self confidence,” the common belief is: “We are America. We can do anything. We have never lost a war—a statement that could be made before Viet Nam.”

War hawkishness combined with hubris, arrogance, carelessness, and stupidity in a leader often result in disastrous decisions. “It was hubris that caused people to think that today’s Muslims, especially Arabs, can’t fight when we twice made plans to fight Iraq,” Velvel writes. It is hubris for a president to say, as George W. Bush did, “Bring it on” when he personally evaded combat during Viet Nam.

Yet another reason for war, Velvel writes, is because the American public is lied to by its leaders. Velvel cites the Gulf of Tonkin debacle when Vietnamese torpedo boats were alleged to have attacked U.S. destroyers and the latter Bush Administration’s claim that Iraq possessed weapons of mass destruction. Both claims later proved to be unfounded. The reason such outlandish claims are pressed is that the U.S. seeks to maintain its preeminent power and influence, Velvel writes.

The Massachusetts School of Law at Andover is a non-profit law school purposefully dedicated to the education of students from minority, immigrant, and low-income households who would otherwise not have the opportunity to obtain a legal education.
#
(Sherwood Ross formerly reported for major dailies and wire services. He is now media consultant to Massachusetts School of Law at Andover. Reach him at [email protected])