Home Veterans What Vets Need From the Prez

At an Allentown, Pa., town-hall meeting last October, President Obama met Iraq veteran and student Leonard Martin, who said that he couldn’t get through to the VA hot line to ask a question about the new GI Bill — and asked the president to “call them up” to fix the problem. 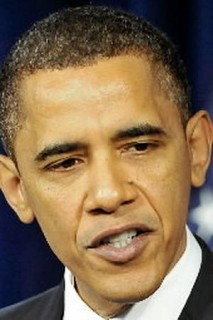 The president firmly assured him a call would be on the way — but months later, little has changed: The Veterans Administration recently estimated that 90 percent of the calls to its GI Bill hot line never connect.

Who’s calling? Men and women, back from Iraq and Afghanistan, trying to get their benefits questions answered so they can go to school.

One of them is Brian LaGuardia from the northern Manhattan neighborhood of Inwood. After serving as an Army staff sergeant in Iraq in 2005-06, he returned home excited to start earning a master’s in global affairs. He applied for his GI Bill benefits last August, but when school started his check hadn’t arrived, so he called the hot line.

He had to call for several weeks before he could get through to someone to ask about the missing check.

Brian was lucky enough to get through, but it was three months into the school year before he got his check. The VA had left him scrambling to find emergency funds to cover his educational costs.

He’s far from alone. Thousands of other young vets put tuition bills on their credit cards, borrowed money from parents or simply had to drop out of school.