Although the somewhat finished product looks nothing like the Mandatory Funding of the VA that most Veterans Service Organizations (VSOs) flaunted as a few got too distracted from the VA with the Flag Amendment, guess what we’ve settled for, advanced funding, is almost there and better than nothing considering the bulk of American tax payers refuse to serve their nation or become Veterans, including members of Congress who call the shots.

That said, how come we still hear and read about a never ending chorus that the VA is not doing enough with the increase in budget VSOs fought for?

More to the point, how come it is non-traditional, non-mainstream Veterans organizations like Veterans for Common Sense (VCS) that are singing in the Choir when the VA regardless which political party is running it, does not deliver or worse yet proves to continue being incompetent. Shredder-gate comes to mind. When you think about it, the fiiasco at Walter Reed Army Hospital, and shredding of VA claims have come to light due to the energetic and passionate investigation and advocacy of non-traditional Veterans groups.

If anything, the mainstream VSOs, like the American Legion and VFW remain either reactionary or overly defensive of the VA. What’s up with that?

Could this be part of the reason that  Secretary Shinseki failed to clean house of all the COST SAVINGS over SAVING VETERANS managers throughout the VA left over from the Bush Administration?

Paul Sullivan of Veterans for Common Sense said he thinks VA is underestimating the number of new patients and could face “colossal failure.” Part of his concern comes from research that shows service members who have had multiple combat-zone deployments are far more likely to have post-traumatic stress than other Veterans.

As Veterans, and Lawmakers Applaud VA Budget Increases, the ability of the VA to spend the budget increase wisely remains questionable. 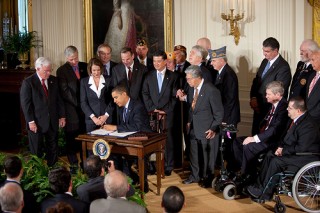 Initial reviews have been good for the Obama administration’s proposed $125 billion veterans budget for 2011. Both the  Democratic chairman and top Republican on the House Veterans’ Affairs Committee used the word “robust” to describe a budget proposal that includes an 8.5 percent increase in medical care accounts and an unprecedented 27 percent increase in benefits funding.

“I thank you for bringing us a budget we can be proud of,” said Rep. Bob Filner, D-Calif., who noted the VA budget is increasing at a time when the Obama administration proposes to freeze funding for most federal agencies. 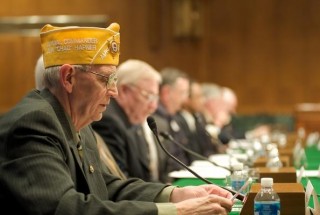 “This budget is as good as any we have seen,” said Carl Blake of Paralyzed Veterans of America.

“It is very rare that we show up at a hearing on the budget and don’t have to beat up on someone,” said Steve Robertson of the American Legion.

Disagreements with the budget:

• The medical research budget increases by only 2 percent, not enough to keep up with rising costs and likely would force cuts in research positions and projects. The research budget, which includes prosthetic research, for Veterans of Korea, Vietnam, the Gulf War, Cold War and of course returning from Iraq and Afghanistan “grossly underfunded.”

• Veterans groups doubt that VA will get $3.3 billion in 2011 in reimbursements from third-party insurers, which the budget plan assumes will help pay for health care costs.

Case in point when the VA attempts to bill the Department of Defense TRICARE health insurance plan for retired military who are also disabled Veterans, TRICARE in most cases refuses to pay, especially if the Veteran is 100% service-connected. A never ending battle between VA and DoD.

• Funding for information technology (IT) which the VA has touted to be the savior of VA Claims backlog, for example, also would increase by just 2 percent, essentially frozen at the same level as in 2009 for efforts that stand to provide long-term solutions to VA’s problems with paying benefits on time and in allocating health care. Both lawmakers and veterans groups are pushing for an increase.

The results of this shortfall could mean that younger Vets desiring access to the new GI Bill to subsidize their advanced education could find their payments delayed again.

VA Secretary Eric Shinseki, appearing Thursday before the House Veterans Affairs committee, said the budget is designed to keep the VA on a path that is more people-focused, results-oriented and forward-looking — a process that continues to be difficult because the number of veterans and survivors seeking help from VA continues to grow.

It is going to be very difficult for Shinseki to move the VA in that direction as long as there remains one COST SAVINGS over SAVING VETERANS manager anywhere in the VA system left over from the Bush administration.

The department, which broke the 1 million mark in benefits claims in a single year in 2009, expects the number to increase by 13 percent this year and 11 percent in 2011. And those estimates don’t take into account the possibility of more than 180,000 more claims that may come in 2011 as a result of an expected change in eligibility for Vietnam veterans with health issues related to Agent Orange, Shinseki said.

“This is my year to focus on the backlog,” Shinseki said about the expected flood of claims.

THINGS MAY GET WORSE BEFORE THEY GET BETTER DESPITE INCREASED FUNDING

Average claims-processing time is 159 days today, but that could stretch out to 190 days in 2011, even with VA’s plans to create 4,000 permanent positions for claims processors.

Note: If the VA plans to create 4,000 permanent positions for claims processor-adjudicators EVERY Veterans Service Organization BAR NONE should make that hiring process priority number one to ensure Veterans Preference in hiring.

With the Number of Veterans seeking Health Care increasing, there needs to be a corresponding hiring of Veterans to work at the VA. Veterans preference in hiring should trump any other hiring program that the VA has.

The number of veterans seeking health care also is increasing, which is part of the reason for the requested boost in the medical budget for 2011. VA expects the patient load to increase 3 percent next year, partly because the number of Iraq and Afghanistan veterans seeking care is rising 15 percent. 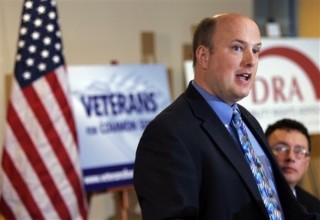 Paul Sullivan of Veterans for Common Sense, one of the youngest, more progressive, Veterans groups represented, said he thinks VA is underestimating the number of new patients and could face “colossal failure.” Part of his concern comes from research that shows service members who have had multiple combat-zone deployments are far more likely to have post-traumatic stress than other Veterans.