This summary briefing comes to us through the courtesy of Just Foreign Policy.

Summary:
U.S./Top News
1) The Afghan human rights commission reported that 28 civilians had been killed so far in NATO’s offensive on Marja, AP reports. The commission based its numbers on witness reports. NATO has confirmed at least 16 civilian deaths.

2) Nearly 4,000 families have fled Marjah to nearby Lashkar Gah, the capital of Helmand province, the Los Angeles Times reports, estimating that this is about 24,000 people, nearly one-third of the town’s population. Many fled with only scant possessions, hoping the fighting would end quickly [as Western officials predicted – JFP.] For agricultural families, the great majority of the town’s residents, each passing day is a countdown to ruin.

3) A night-time raid in eastern Afghanistan in December in which eight schoolboys from one family were killed was carried out on the basis of faulty intelligence and should never have been authorised, the Times of London reports. At the time, NATO claimed the victims were involved in making and smuggling improvised explosive devices. But Western sources close to the case now agree that the victims were all aged 12 to 18 and were not involved in insurgent activity. Exactly who carried out the raid is unclear, the Times says. Mohammed Afzal, Narang’s district police chief, insisted that US special forces were involved.

4) Latin America took a historic step forward with the creation of a new regional organisation of 32 Latin American and Caribbean countries from which the US and Canada were excluded, writes Mark Weisbrot in the Guardian. The increasing independence of Latin America has been one of the most important geopolitical changes over the last decade, affecting not only the region but the rest of the world as well. For example, Brazil has publicly supported Iran’s right to enrich uranium and opposed further sanctions against the country. The Obama administration’s continuation of Bush’s policies in the region undoubtedly helped spur the creation of this new organisation. The collapse of the IMF’s creditors’ cartel in the region has also eliminated the most important avenue of Washington’s influence.

Brazil/Argentina
5) Brazil’s President Lula denounced the UN’s failure to act on Argentina’s sovereignty dispute with Britain over the Malvinas/Falklands and blamed Britain’s permanent seat on the Security Council, Mercopress reports. Lula called again for the admission of more permanent members to the Security Council, including Brazil. 33 Latin American and Caribbean presidents condemned British drilling for oil off the islands.

Afghanistan
6) Over $1 billion a year is leaving Afghanistan, mostly to Dubai, the Washington Post reports. The volume of the outflow has stirred concerns that funds have been diverted from aid. The DEA is trying to figure out whether some of the money comes from the opium trade. The Post estimates that the amount of cash that left Afghanistan in 2009 may have far exceeded the country’s annual tax and other domestic revenue. 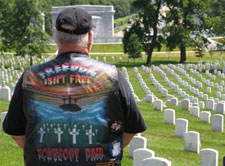 India/Pakistan
7) India and Pakistan took a “first step” toward rebuilding confidence after a meeting between high-level diplomats included discussions on terrorism, the Mumbai attacks, the disputed border region of Kashmir and competing water claims, the New York Times reports. In 2007, Indian Prime Minister Singh and former President Musharraf of Pakistan came close to an agreement on Kashmir during secret back-channel talks, but that deal was suspended when Musharraf lost power, the Times says.

Colombia
8) Reporters Without Borders said Concern about political pressures on Colombian journalists as elections approach is heightened by revelations that presidential aides and intelligence officials took part in illegal spying directed at news professionals, EFE reports. Given that background, RSF said, it is fair to wonder “whether the decision by the owners of the (Colombian news-)weekly Cambio to fire its directors … and scale back its activities was due solely to economic imperatives.” Besides reporting on the illegal wiretaps, Cambio exposed the criminal links of the former public prosecutor in Medellin, and “the negotiations between Washington and Bogota for the installation of seven U.S. military bases in Colombia,” RSF said.