Home Military GORDON DUFF: From an “Old Fart”, Advice for our Soldiers in... 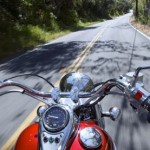 THIS IS “BETWEEN US”

I just returned from the region after a REMF “combat tour” of my own, 5 star hotels, dozens of armed guards and “consultations” with tribal leaders in Afghanistan and “everyone” in Pakistan.  This qualifies me to be as pig headed as the “Perfumed Princes of the Pentagon” that are running the show.  I expect I will start talking out an entirely new orifice any day now.  I could, however, talk as a former member of a Marine rifle squad in Vietnam.  That might be worth something, as long as I tell it straight.  So many seem to have forgotten how to do that.

None of us know each other, the military from today, those who fought in Desert Storm or Grenada and the aging and shrinking group from Vietnam, represented typically by rear eschelon blowhards, phonies or psychos.  If troops today learned early on not to listen to Vietnam vets, I would call that decision “reality based.”

Increasingly, Afghanistan is taking on the look of Vietnam.  It is an unpopular war, a war whose purpose and goals are now in question and even disrepute.  Welcome to my world.  Vietnam was a purists dream, dumb built on dumb.  58,000 initially and another 200,000 or much more not so long afterwards died in and after Vietnam, a war with little purpose than to amuse defense contractors and set the stage for America to do alot of business with the Communists we claimed we were going to save the world from.

From day one, ariving in Vietnam, it was obvious.  The war was a joke, a deadly joke and our own military was corrupt beyond imagination.  Nobody cared so long as TV was still TV back home and someone else did the dying.

Now, the old guys who fought in Vietnam are told that today’s soldiers look down on us for being cowardly, unprofessional and uncommitted to the protection of Christian values and American honor.  I don’t know this to be true, but veterans of Vietnam hear it alot, hear it constantly.

Does any of this matter?  Not hardly.  Too many of those serving now are our kids.  If we had our way all veterans would learn to respect each other.  Nothing should ever divide any of us, we are all each other have.  All we really care about is that you  be kept safe, brought home quickly as possible and have the kind of lives we hoped we had hope America would give you.

When I see soldiers praying and talking about religious war or killing farm animals or see photos of dead civilians, I try to remember that this isn’t reality, it is the “news,” the people we pay to lie to us.  Be warned, the news media is taking a dump on you like it took a dump on us.  However, we are having none of it, thank you very much.

My advice, for what it is worth is for all of you in uniform and especially those of you in combat to keep yourselves whole.  What does this mean, “whole?”  First of all, it means not to buy in on patriotism, sacrifice or honor crap.  It is only going to lead to you being bitter or angry later on.  Bitter and angry isn’t worth it.  If you need to justify yourself with something from a preacher or politician, you are at risk.  Find strength in each other, not from books, stories, myths or phony politics.

Few of us know what is going on in Afghanistan.  We are told our t-shirts are replaced with body armour, the weapons work better and food is no longer 30 year old c-rations.  However, if the military tells me something I have learned not to believe it even if I see it myself.  Nearly half the Marine grunts that served in Vietnam died there or soon after.  None of it was necessary and none of it our fault.

I only wish the billions we spend on these wars actually went to arm and protect you as we mean it to and not into the pockets of the thieves.  If you are trained, equipped and led well, good.  If not, make sure we know.  This is still a democracy and it is our job to see to it that you aren’t used up like so many of us were.

Sadly, we also know we have failed at this too.   400,000 recent vets are in line for VA benefits.  I am thinking that this is a message of some kind and I don’t think it is because they love filling out forms and being humiliated by Army and VA doctors.

Counter-insurgency is something I understand.  It involves making people pretend they like you while waiting to kill you the moment you turn your back.  Oh, you were told something different?  Listen to me, don’t turn your back for a minute, don’t trust anyone.

I love that “hearts and minds” crap.  We now call it “irregular warfare” and it is taught by people who live inside their own heads and think life is a video game.  Common sense, restraint and good manners are the best weapons you have.  Use them.

More stuff to be aware of:

90% of what I remember from Vietnam is crumbling temples, walking thru elephant grass and being on an unending camping trip with the best friends I would ever have.  There is alot I don’t remember.  Frankly, I can’t usually find my car in a parking lot.

Alot of us back here, most of us I think by now, want you back home and believe we have asked too much already.  I think asking you to fix Afghanistan is too much.  Do not die in the process.

You have walked into the middle of a 500 year old war made complex by tons of geopolitical game playing, corruption and dumb American politics.  I can’t figure it out and I am supposed to know about this stuff.  If someone else tries to tell you, just nod, say  “yes sir” and think to yourself, “another arrogant dumb shit.”

Do work to hold back one of those patriotic military cheer things that is supposed to build camaraderie.  It is only a con to make you obedient.  It is all about social pressure.  Start reading about feudalism and you will understand the military very well.

If those of us back here were better people, you would be coming home to a rich country, good jobs and a people united.  Instead, you are likely to find alot of whining, finger pointing and moaning.  If you find yourself feeling superior, you may be right.  Ouch.

As almost everyone of you knows, coming home is hard and after each deployment it gets harder.  Why do I know that?  Simple, I saw it on television.  That tells you how much we know.  We know nothing, or most of us don’t anyway.

The only message that matters is the simple one.   Keep yourself whole.  It is possible to shoot at people when you have to and still be human, caring and normal.  This “warrior” crap is just that, crap.  You are going to be spending the rest of your life raising kids, working at a job of some kind and cruising around on a motorcycle.  The “warrior” routine is another con, meant to build damaged self esteem.

A Harley does the job alot better.