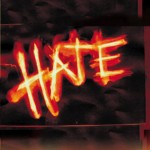 As befits our political culture, appeals to the contemporary American bigot are accomplished with sophisticated brands, images, impressions, and coded vocabulary, and not overt prejudices and stereotypes.

But there are two exceptions to this operative prohibition against overt bigotry: Arabs and gays. Two bigoted parties, long-time Editor-in-Chief and owner of The New Republic, Martin Peretz, and the Republican Party, reveal this dynamic.

As for gays [a broad term] the Republican Party and the religious right appear to owe their very reason for existence to the compulsion to marginalize and deny gays due process and equal protection under the law so often are gays the political scapegoat of GOP-religious right operatives. So, we’re not surprised to find U.S. Supreme Court Justice Antonin Scalia (R) dissenting in a landmark civil rights case, LAWRENCE V. TEXAS (02-102), writing:

Many Americans do not want persons who openly engage in homosexual conduct as partners in their business, as scoutmasters for their children, as teachers in their children’s schools, or as boarders in their home. They view this as protecting themselves and their families from a lifestyle that they believe to be immoral and destructive.

This is retrograde and repulsive thinking to most Americans, but not most Republicans. Almost daily, we can find anti-gay appeal from Republicans.

Arabs also enjoy a distinct status as the object of acceptable bigotry in this current milieu (environment) extending across partisan lines. An often bipartisan consensus keeps Ahmad in his place in America. Glenn Greenwald’s The Right Kind of Bigotry is nothing short of spectacular in revealing this bigotry widely unchallenged. If you read nothing else, read this 300-word piece below, singling out The New Republic’s Martin Peretz as a self-admitted bigot who is also a disingenuous slander artist.

From the long-time Editor-in-Chief and owner of The New Republic, [Martin Peretz] this morning [March 6]:

There were moments–long moments–during the Iraq war when I had my doubts. Even deep doubts. Frankly, I couldn’t quite imagine any venture requiring trust with Arabs turning out especially well. This is, you will say, my prejudice. But some prejudices are built on real facts, and history generally proves me right.  Go ahead, prove me wrong.

The point here is so obvious that it makes itself.  In the bolded sentence, replace the word ‘Arabs’ with ‘Jews’ and ask yourself:  how much time would lapse before the author of such a sentence would be vehemently scorned and shunned by all decent people, formally condemned by a litany of organizations, and have his livelihood placed in jeopardy?  Or replace the word ‘Arabs’ in that sentence with ’Jews’ or ‘blacks’ or ’Latinos’ or even ‘whites’ or virtually any other identifiable demographic group and ask yourself this:  how many people would treat a magazine edited and owned by such a person as a remotely respectable or mainstream publication (notwithstanding the several decent journalists employed there)?  Yet Marty Peretz spits out the most bigoted sentiments of this type — and he’s been doing this for years, as is well known — and very little happens, because, for multiple reasons, this specific type of hate-mongering remains basically permitted in American political discourse.  The double standard at play here is as extreme and self-evident as it is pernicious, but it doesn’t matter.  And we’ll all wait with bated breath for the next installment of The New Republic‘s righteous, accusatory attacks on the entirely fictitious manifestations of the one strain of bigotry that bothers them, because they’re such credible arbiters and opponents of prejudice.