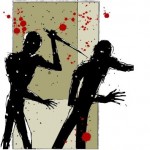 THE “SPECIAL RELATIONSHIP” IS DEAD

LEARN SOME OF THE “WHY” BEING KEPT FROM YOU

Vice President Joe Biden, Secretary of State Clinton and Joint Chief’s Chairman Mike Mullen have all recently visited Israel on two issues, reliable information that Israel was planning an attack on Iran, a plan designed to push America into a war our leaders believe is both wrong and likely to risk a global nuclear confrontation with Russia and the building of a massive housing project on the Arab side of Jerusalem in violation of numerous agreements, a project that is likely to cause a spike in world terrorism and send thousands of new fighters to Afghanistan to face American forces there.

This is the worst point in the history of the relationship between the U.S. and Israel since the founding of that nation in 1948 but these are not the only reasons, not these and the arrogant and intractable attitude of Israel’s leaders nor being caught in lie after lie, lies told to their financial backer and closest ally, the United States.  Here is some background on CENTOM Commander, General Petraeus’ shocking briefing:

On Jan. 16, two days after a killer earthquake hit Haiti, a team of senior military officers from the U.S. Central Command (responsible for overseeing American security interests in the Middle East), arrived at the Pentagon to brief Joint Chiefs of Staff Chairman Adm. Michael Mullen on the Israeli-Palestinian conflict. The team had been dispatched by CENTCOM commander Gen. David Petraeus to underline his growing worries at the lack of progress in resolving the issue. The 33-slide, 45-minute PowerPoint briefing stunned Mullen. The briefers reported that there was a growing perception among Arab leaders that the U.S. was incapable of standing up to Israel, that CENTCOM’s mostly Arab constituency was losing faith in American promises, that Israeli intransigence on the Israeli-Palestinian conflict was jeopardizing U.S. standing in the region…

“Everywhere they went, the message was pretty humbling,” a Pentagon officer familiar with the briefing says. “America was not only viewed as weak, but its military posture in the region was eroding.” But Petraeus wasn’t finished: two days after the Mullen briefing, Petraeus sent a paper to the White House requesting that the West Bank and Gaza (which, with Israel, is a part of the European Command — or EUCOM), be made a part of his area of operations.  The Mullen briefing and Petraeus’s request hit the White House like a bombshell… pressing Israel once again on the settlements issue, sending Mitchell on a visit to a number of Arab capitals and dispatching Mullen for a carefully arranged meeting with the chief of the Israeli General Staff, Lt. General Gabi Ashkenazi. … Certainly, it was thought, Israel would get the message.

Israel didn’t. When Vice President Joe Biden was embarrassed by an Israeli announcement that the Netanyahu government was building 1,600 new homes in East Jerusalem, the administration reacted. But no one was more outraged than Biden who, according to the Israeli daily Yedioth Ahronoth, engaged in a private, and angry, exchange with the Israeli Prime Minister:

“This is starting to get dangerous for us,” Biden reportedly told Netanyahu. “What you’re doing here undermines the security of our troops who are fighting in Iraq, Afghanistan and Pakistan. That endangers us and it endangers regional peace.” Yedioth Ahronoth went on to report: “The vice president told his Israeli hosts that since many people in the Muslim world perceived a connection between Israel’s actions and US policy, any decision about construction that undermines Palestinian rights in East Jerusalem could have an impact on the personal safety of American troops fighting against Islamic terrorism.” The message couldn’t be plainer: Israel’s intransigence could cost American  lives.

The deterioration started long before this and can be tracked by changing perceptions in the Obama administration whose leaders are heavily “pro-Israel” but lack the extremist convictions of the Zionist/extremist group that surrounded President Bush.  When Obama took office, even Chief of Staff Rahm Emanuel, one of the most prominent Israeli proponents in the country, had become aware of the extent of Israeli involvement in areas that had taken the “special relationship” into an area of disaster for the United States.  This is what was discovered:

With nearly all Arab/Muslim governments aligned behind the US, including a softening of tensions with Iran, Israel feels it must act quickly.  However, the US no longer has any strategic requirement for a relationship with Israel.  What had been seen as a potential ally, perhaps now wrongly so, in the region is now generally perceived as a “runaway train” that the United States can no longer go to the United Nations time after time to protect from sanctions, 32 times thus far.  Israel clearly feels it has the United States “over a barrel” with control of media, a massive AIPAC lobby working against American policy and huge new financial influence over the upcoming Congressional elections handed over to them by the highly controversial 5/4 Supreme Court “free speech” election funding decision  clearly meant to aid Israel further in her ability to intimidate Congress.

Unofficially, Israel has moved to the top of America’s “terrorist watch list” and is now drifting toward “evildoer” status, not only by the White House but, more broadly, through top defense officials who now perceive Israel as a threat to the United States.