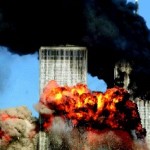 According to news reports, the U.S. military is shipping “bunker-buster” bombs to the U.S. Air Force base at Diego Garcia in the Indian Ocean. The Herald Scotland reports that experts say the bombs are being assembled for an attack on Iran’s nuclear facilities.

The newspaper quotes Dan Piesch, director of the Centre for International Studies and Diplomacy at the University of London: “They are gearing up totally for the destruction of Iran.”

The next step will be a staged “terrorist attack,” a “false flag” operation as per Operation Northwoods, for which Iran will be blamed. As Iran and its leadership have already been demonized, the “false flag” attack will suffice to obtain US and European public support for bombing Iran. The bombing will include more than the nuclear facilities and will continue until the Iranians agree to regime change and the installation of a puppet government. The corrupt American media will present the new puppet as “freedom and democracy.”

If the past is a guide, Americans will fall for the deception. In the February issue of the American Behavioral Scientist, a scholarly journal, Professor Lance DeHaven-Smith writes that state crimes against democracy (SCAD) involve government officials, often in combination with private interests, that engage in covert activities in order to implement an agenda. Examples include McCarthyism or the fabrication of evidence of communist infiltration, the Gulf of Tonkin Resolution based on false claims of President Johnson and Pentagon chief McNamara that North Vietnam attacked a U.S. naval vessel, the burglary of the office of Daniel Ellsberg’s psychiatrist in order to discredit Ellsberg (the Pentagon Papers) as “disturbed,” and the falsified “intelligence” that Iraq possessed weapons of mass destruction in order to justify the U.S. invasion of Iraq.

A number of experts dismissed the possibility of McVeigh’s bomb producing such structural damage. For example, General Benton K. Partin, who was in charge of U.S. Air Force munitions design and testing, produced a thick report on the Murrah building bombing which concluded that the building blew up from the inside out. Gen. Partin concluded that “the pattern of damage would have been technically impossible without supplementary demolition charges at some of the reinforced concrete bases inside the building, a standard demolition technique. For a simplistic blast truck bomb, of the size and composition reported, to be able to reach out on the order of 60 feet and collapse a reinforced column base the size of column A7 is beyond credulity.”

Gen. Partin dismissed the official report as “a massive cover-up of immense proportions.”

Of course, the general’s unquestionable expertise had no bearing on the outcome. One reason is that his and other expert voices were drowned out by media pumping the official story. Another reason is that public beliefs in a democracy run counter to suspicion of government as a terrorist agent. Professor Laurie Manwell of the University of Guelph says that “false flag” operations have the advantage over truth: “research shows that people are far less willing to examine information that disputes, rather than confirms, their beliefs.” Professor Steven Hoffman agrees: “Our data shows substantial support for a cognitive theory known as ‘motivated reasoning,’ which suggests that rather than search rationally for information that either confirms or disconfirms a particular belief, people actually seek out information that confirms what they already believe. In fact, for the most part people completely ignore contrary information.” Even when hard evidence turns up, it can be discredited as a “conspiracy theory.”

All that is necessary for success of “false flag” or “black ops” events is for the government to have its story ready and to have a reliable and compliant media. Once an official story is in place, thought and investigation are precluded. Any formal inquiry that is convened serves to buttress the already provided explanation.

An explanation ready-at-hand is almost a give-away that an incident is a “black ops” event. Notice how quickly the U.S. government, allegedly so totally deceived by al Qaida, provided the explanation for 9/11. When President Kennedy was assassinated, the government produced the culprit immediately. The alleged culprit was conveniently shot inside a jail by a civilian before he could be questioned. But the official story was ready, and it held.

Professors Manwell and Hoffman’s research resonates with me. I remember reading in my graduate studies that the Czarist secret police set off bombs in order to create excuses to arrest their targets. My inclination was to dismiss the accounts as anti-Czarist propaganda by pro-communist historians. It was only later when Robert Conquest confirmed to me that this was indeed the practice of the Czarist secret police that the scales fell from my eyes.

Former CIA official Philip Giraldi in his article, “The Rogue Nation,” makes it clear that the U.S. government has a hegemonic agenda that it is pursuing without congressional or public awareness. The agenda unfolds piecemeal as a response to “terrorism,” and the big picture is not understood by the public or by most in Congress. Giraldi protests that the agenda is illegal under both U.S. and international law, but that the illegality of the agenda does not serve as a barrier. Only a naif could believe that such a government would not employ “false flag” operations that advance the agenda.

The U.S. population, it seems, is comprised of naifs whose lack of comprehension is bringing ruin to other lands.