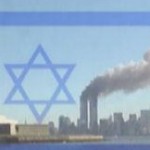 DR ALAN SABROSKY, FORMER DIRECTOR OF STUDIES AT THE US ARMY WAR COLLEGE

Meet Dr. Alan Sabrosky, a brave man, a USMC Vietnam vet, an American of Jewish ancestry and someone devoted to the security of the United States at any cost.   Ask any Jew what it takes to stand up against the most powerful and ruthless group in the world, the Israeli lobby inside the United States.

VIEW COMPLETE VIDEO INTERVIEW AT THE END OF THE ARTICLE

Sabrosky has been calling for a new 9/11 investigation for some time.  What makes him unique is that we have a Jew who can hardly be called “self-hating” or “anti-Semitic” or against Israel.  He is consistent in everything he says.  His point is that you are an American or you are an Israeli but you can’t be both, especially now with Zionism turning Israeli foreign policy into a “runaway train.”  9/11, as Sabrosky sees it was the watershed in a relationship between America and Israel that has gone from bad to unsurviveable, especially for America.  He contents that AIPAC exercises near total control over the electoral process in America through the ability to outspend any other group and destroy anyone who stands against them.

The unwillingness of the US to stand with the international community on humanitarian and war crime issues where Israel is found in continual violation is, to Sabrosky, a critial issue.  In discussion the US and her lack of support for the Goldstone Report, Sabrosky says:

US criticism of the HRC resolution should be disregarded, as Washington only parrots Israel’s wishes here…

… it might have been better to have included Goldstone’s condemnation of Hamas offenses as well, but it is legitimate as it stands for five reasons: (1) Israel committed the great majority of the violations; (2) Israel had an overwhelming preponderance of military power; (3) Palestinians suffered almost all of the death and destruction; (4) Israel has a long, sordid history of ignoring UN commissions and resolutions, and of attacking UN facilities and killing UN staff, as when the clearly marked UNRWA facility in Gaza was bombed; and (5) the HRC focus is properly on the actions of the oppressor (Israel) and not on those of the oppressed (the Palestinians).

Another is that it did not accord Israel the right of self-defense. But Israel’s claim to self-defense in its savaging of Gaza is specious, because Israel — like all occupiers and oppressors — has no inherent right of self-defense against its victims. Who, for instance, would have accepted Nazi Germany’s assertion that its brutal reprisals against the Czechs for their assassination of a Nazi commander named Reinhard Heydrich was an exercise in self-defense? No one, and no one should accept Israel’s claim, either.

A third is that holding Israel accountable for its actions will somehow endanger the Middle East peace process. But there is no peace process, simply meaningless discussions to the dead end (for Palestinians and the rest of the region) of Israeli hegemony, and under Netanyahu or any electable government in Israel, there is not and cannot be one. There will be an enforced peace imposed from outside of the Middle East, over the objections and obstruction of Israel, or there will be none at all.

This is how Sabrosky describes the nature of Jewish nationalism as described within the term we call “Zionism”:

The differences between Jewish nationalism (Zionism) and that of other countries and cultures here I think are fourfold:

1. Zionism is a real witches’ brew of xenophobia, racism, ultra-nationalism and militarism that places it way outside of a “mere” nationalist context — for example, when I was in Ireland (both parts) I saw no indication whatsoever that the Provisional Irish Republican Army or anyone else pressing for a united Ireland had a shred of design on shoving Protestants into camps or out of the country, although there may well have been a handful who thought that way — and goes far beyond the misery for others professed by the Nazis;

2. Zionism undermines civic loyalty among its adherents in other countries in a way that other nationalist movements (and even ultra-nationalist movements like Nazism) did not — e.g. a large majority of American Jews, including those who are not openly dual citizens, espouse a form of political bigamy called “dual loyalty” (to Israel and the US) that is every bit as dishonest as marital bigamy, attempts to finesse the precedence they give to Israel over the US (lots of Rahm Emanuels out there who served in the Israeli army but NOT in the US armed forces), and has absolutely no parallel in the sense of national or cultural identity espoused by any other definable ethnic or racial group in America — even the Nazi Bund in the US disappeared once Germany and the US went to war, with almost all of its members volunteering for the US armed forces;

3. The “enemy” of normal nationalist movements is the occupying power and perhaps its allies, and once independence is achieved, normal relations with the occupying power are truly the norm, but for Zionism almost everyone out there is an actual or potential enemy, differing only in proximity and placement on its very long list of enemies (which is now America’s target list); and

4. Almost all nationalist movements (including the irredentist and secessionist variants) intend to create an independent state from a population in place or to reunite a separated people (like the Sudeten Germans in the 1930s) — it is very rare for it to include the wholesale displacement of another indigenous population, which is far more common of successful colonialist movements as in the US — and perhaps a reason why most Americans wouldn’t care too much about what the Israelis are doing to the Palestinians even if they DID know about it, is because that is no different than what Europeans in North America did to the Indians/Native Americans here in a longer and more low-tech fashion.

Sabrosky is one of the few Americans who sees the nuclear threat of Israel as it is, blackmailing the United States, not only in how it could be used to draw America into an unwanted war, but how it could actually be used at some point to attack the United States itself.  Only recently, Israel put Western Europe on notice that it would be attacked if its actions threatened Israel, attacked by nuclear weaons from Israel without warning.  Martin van Creveld’s threat combined with Sabrosky’s analysis of Israeli intentions and culpability for 9/11 brings to mind something Sabrosky had once written.

He has always seen Moshe Dyan as a hero.  Dyan saw Israel’s military role as that of a “junk yard dog,” ready to bite without warning, attack anything and anyone.  Sabrosky notes that, eventually such an animal is always put down or as he puts it,  “the preferred response of everyone else is to kill that mad dog before it can decide to go berserk and bite.”

Sabrosky makes a case, not just for a coverup of 9/11 but goes much further.  He points out as do so many that the physics of the attack are unworkable.  He, however, is one of the few to point to a conclusion many find obvious but few have the nerve to admit, that it would have been impossible to stage 9/11 without the full resources of both the CIA and Mossad and that 9/11 served the interests of both agencies quite well.

There was nothing they could have wished for more.

Finally, we need to take a hard look at why the mainstream media (MSM) have paid more attention to Sarah Palin’s wardrobe than they have to dissecting blatant falsehoods, discrepancies and inconsistencies in the US Government’s treatment of 9/11 and its aftermath.

The inescapable point isnt the 60,000 Americans killed or wounded in a war started out of treason or the world it threatens to destroy.  Americans have been looking away from these glaring realities the way they looked away from Vietnam.  Sabrosky leaves Israel and her American Jewish supporters who he sees as traitors with a warning:

If these Americans and those like them ever fully understand just how much of their suffering — and the suffering we have inflicted on others — is properly laid on the doorsteps of Israel and its advocates in America, they will sweep aside those in politics, the press and the pulpits alike whose lies and disloyalty brought this about and concealed it from them. They may well leave Israel looking like Carthage after the Romans finished with it. It will be Israel’s own great fault.

Do we take Sabrosky seriously because he is a Marine or a Jew?  Do we wonder why the things he says reach so few?  Is American in a shooting war where our biggest enemy sits behind us, killing us off, robbing us blind and whispering gently in our ears how much they love us?

It would seem so.