“We went to war on account of the thing we quarreled with the North about. I never heard of any other cause of quarrel than slavery. Men fight from sentiment. After the fight is over they invent some fanciful theory on 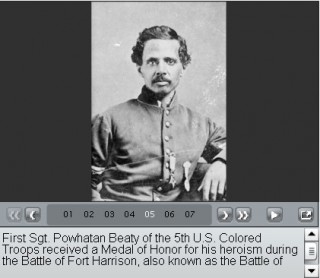 which they imagine that they fought.” — Confederate Col. John Mosby

Ten years ago, I received an e-mail from a reader who signed him or herself ‘J.D.’

From that, you’d suspect J.D. had nothing of value to say. You’d be mistaken.

J.D. wrote in response to a column documenting the fact that preservation of slavery was the prime directive of the Southern Confederacy.

”I was most pleased to see you write what we both know to be the truth,” the e-mail said. “I never cease to be amazed at the Sons of Confederate Veterans and similar ‘heritage not hate’ groups who are constantly whining that the Confederacy was not a white, racist government . . .”That argument, noted J.D. with wry amusement, plays well with “white people who want to be Confederates without any controversy.”

It was an astute observation, the truth of which was deftly illustrated recently by Virginia Gov. Bob McDonnell. Seems he issued a proclamation declaring April Confederate History Month in the Commonwealth. Said proclamation contained not the barest mention that the Confederacy went to war to preserve slavery, an omission that got the governor pilloried in the court of public opinion.

So McDonnell apologized and tried again, inserting into his proclamation a paragraph observing that this Confederacy we are invited to commemorate was built upon an “evil” and “inhumane” practice. That little bit of cognitive dissonance neatly accomplished, the proclamation was duly reissued.

Read more at The Miami Herald