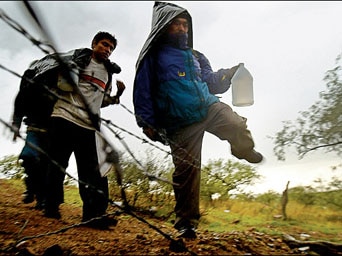 A state lawmaker wants to make sure that any candidate on the presidential ticket from now on can show proof they were born in the United States — or not be allowed on the Texas ballot.

State Rep. Leo Berman this week said he’s planning to file several immigration-related bills once Texas lawmakers get back to work in January, including one that requires presidential and vice-presidential candidates to prove their citizenship to the Texas secretary of state before their names are added to the ballot.

This is similar to one provision in the immigration law recently approved in Arizona.”We’ll do it,” said Berman, R-Tyler, and a former Arlington mayor pro tem. “We’ll do it from now on. If he can’t prove citizenship … he won’t have a place on the Texas ballot.”Berman was referring to President Barack Obama, whose birthplace has been questioned by some since before he took office. Although his campaign produced a birth certificate that shows Obama was born in Hawaii, some speculate that he was actually born in Kenya, where his father lived.

Last weekend, Berman told a crowd in Tyler that he believes “Barack Obama is God’s punishment on us today, but … we are going to make Obama a one-term president,” according to a report in the Tyler Morning Telegraph.

Berman also plans a broad bill similar to the Arizona law, which makes being an undocumented worker a crime. He specifically wants to include the measure to allow law enforcement officials to ask people who they believe may be in the country illegally about their status. “I think almost every state in the union will follow suit,” Berman told the Star-Telegram during a recent call from Switzerland, where he is vacationing.

His proposals drew fire from several Democrats, including Hank Gilbert, who is running for Texas agriculture commissioner.

SOURCEStar-Telegram.com
ATTENTION READERS
Due to the nature of independent content, VT cannot guarantee content validity.
We ask you to Read Our Content Policy so a clear comprehension of VT's independent non-censored media is understood and given its proper place in the world of news, opinion and media.