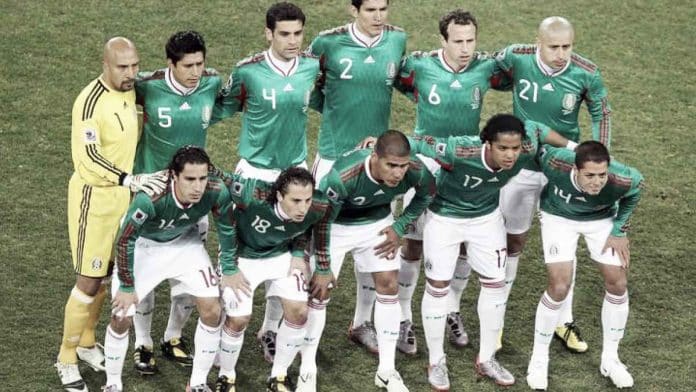 Today in the knockout round of the World Cup, the comeback kids from Team USA lost to a swifter Ghana squad that turned on the speed at the right moments to score a 2 to 1 victory.   While the loss was painful, the success of Team USA and its ability to mesmerize our country and impress the world was remarkable.  This 2010 run was a really big deal.

More importantly for the USA, our former President Bill Clinton was there sharing with our global community and showing our fellow man that the USA is a team of class.

Win lose or draw, Team USA and its captain, Landon Donovan, demonstrated an amazing amount of class that was truly inspiring to millions of Americans looking for heroes in a world where we really need some. More, they showed the world that the USA is part of the global community and that we are embracing our place among our fellow man.

On the other side, Ghana is now the shining light of Africa.  The whole continent is behind their fellow African heroes.  Its’ truly great to see a struggling continent get a place under the sun on the world stage.  And while so many of us are disappointed today as our beloved Team USA was defeated on the pitch, in sport as in economic competition, one must admire the victors for their competitive spirit and amazing accomplishment.

This brings me to Mexico…..

Mexico is now the only team in our beloved North America left in the tournament. Over the last decade or so, Mexico, the country and its people have been beaten up by many in the US Media for being a weak burden on the USA.  We hear the grumblings about drug wars, immigration, and brown people who don’t share our values.

When Mexico has problems in a few of its border towns with drug cartels who are killing one another to supply our addicted culture with drugs, we issue travel warnings to the whole country.  It’s crazy.

Can you imagine if Mexico or any other country issued a travel warning to the whole USA just because some serial killer rapist in New York City was on the loose?  That would be irresponsible.  Yet we listen to our mainstream media and thrive on a “ratings drug” as if what they say is always true.

What is sad is that Mexicans are used to the nonsensical travel warnings that are ominously issued to “watch out” as they travel to Mexico.  It is causing massive economic harm but worse, it’s causing social harm between neighbors.  It’s wrong.

The power of the mainstream US Media has been so bad that U.S. Citizens are actually frightened of Mexico.  What’s even weirder is that even Mexican Americans are afraid to travel to Mexico.  Yeah, it’s bizarre!

All this as Mexico, which is infinitely safer and less violent than the USA, forges ahead in the global competition with an important growing middle class, a stronger peso versus the dollar over the last 10 years, and available and responsible credit for consumers from banks owned by international players including but not limited to Banamex owned by Citibank, HSBC from Hong Kong, Nova Scotia Bank in Canada, and Santander of Spain.  Mexico even has an amazing amount of new democracy being forged by many established and new political parties in the country.   It’s not the same 1 party place that existed in the 20th Century.

In fact, one can argue that the relative change Mexico has experienced over the last 10 years blows away what we in the USA have experienced.

So you’d think we Americans, as people, would be all over it.  But we’re not. We are too frightened by that speck in our eyes.  And while we continue to look in the mirror admiring ourselves, Mexico is moving rapidly forward without the U.S. people taking notice.  It’s very strange.

What’s even odder is that Mexico is probably more like the USA than any other country in the world; probably even more so than Canada.

Upon travel to Mexico, one cannot help but notice a Walmart on every corner mixed with Costco, Home Depot, Applebees, Ford, Chevy, and GM dealers not to mention McDonald’s, Papa John’s, Burger King, Dairy Queen, Subway, Carls Jr, KFC, and so much more.  Does this sound like a 3rd world country to you?  I mean, the US corporations get it.  They invaded Mexico and took it over!  Capitalism is thriving.  But the U.S. population is strangely unaware.

In fact, the majority of the U.S. population believes Mexico is living in the dark ages.  It is precisely this kind of ignorance and lack of awareness that produces failure.  Can we really afford to keep admiring our past accomplishments without noticing the other guy’s rise to prominence?

What’s even more telling on how close Mexicans are to the U.S. culture and shared values is that Mexicans follow more USA sports than any country in the world.  From MLB baseball, and NBA Basketball, to NFL football, Mexicans are huge fans of our sports.

In fact, I bet most readers here don’t even know that the # 2 attended NFL game in history was held in 2005 in Mexico City.  That’s right!  Mexico!

At the time, the lowly last-place San Francisco 49ers and the last-place Arizona Cardinals played a regular season game at Aztec Stadium.  I can’t imagine how many would have shown up if that game actually was between two contenders.  It could have been 150,000 people! Wow!  What a huge market opportunity!

I am still wondering why no U.S. professional sports league  has put a team in a city with more than 25 million people!  Yet they have teams in Calgary Canada and want to put a team in London which is far across a vast ocean in a way of time zone!  Very strange! 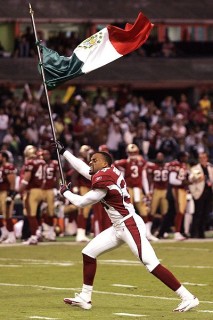 Previously, the largest crowd for a regular season game occurred on Oct. 2, 2005, when the San Francisco 49ers played the Arizona Cardinals at Azteca Stadium in Mexico City. That game drew 103,467 fans who witnessed the first-ever regular season game played outside the United States.

Mexico is NOT a bunch of smugglers and drug dealers like some with a political agenda try to portray.  No!  It is a massively diverse country with over 110 million people.  It is about 3 times the size of the Canadian population. It’s a growing extremely close neighbor of ours both in proximity and cultural values and we need to embrace those ties that bind.   It makes cents.

Creating exaggerated news about her breeds contempt.  It is irresponsible and extremely foolish.  In fact, contempt only reflects poorly on our ability to win friends and influence people not only in Mexico but around the world and that’s not in our best interest.  Contempt renders us impotent.  Furthermore, it’s morally wrong.

Now that’s not to say that Mexico does NOT have its own challenges, it does! But Mexico is growing up and we need to pay attention. It’s not the romanticized Sombrero and Donkey culture fed by some outdated stereotype.  In fact, it’s extremely hard to find a Sombrero-wearing Mexican and even see a working donkey.  That was the 20th century, not this New World Order!

And while Mexico does NOT face many of the self-inflicted wounds that we have committed against ourselves over the last decade, Mexico does have its own set of challenges ie… a new democracy filled with a very young population that is in need of more globally competitive employment.  Also, Mexicans face a drug cartel that is illegally and violently working to fill the U.S. demand for its’ products causing massive harm to its family-dominant culture.

What is weird is that this is a major challenge that requires massive cooperation between both the supply and demand sides of the equation.  Yet, our pathetic mainstream media keeps lobbing scuds at Mexicans as if they are the ones who are consuming them!  It is completely out of balance and irresponsible.  This challenge belongs to both of us.  Period!

So as we sob for our Team USA and it’s a loss against that wily Ghana squad, let us do what Africans are doing for Ghana.  Let us stand up and support our neighbor.  Let’s root for Mexico and her success.  And when Mexico competes against the highly favored Argentina, let’s be proud that a fellow North American is on the pitch working hard, competing, and doing their best to bring the same hopes, dreams, and aspirations that our beloved Team USA brought us!