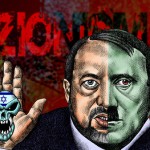 As a deleted former regular at Daily Kos myself (didn’t buy St. Obamaism, took a balanced approach to the pain on both sides of I/P), I am always in solidarity with a P writers strike there. Shergald (another of the dkos disappeared) writes today that diarist simone daud has called for a contributors strike (till the morning of October 30) to protest Meteor Blades’ decision last week to ban Daily Kos Israel/Palestine diarist Tom J. MB offered no reason for the banning.

Writes simone: “I’m now calling a strike of Arab participants on dailykos, until Meteor Blades (administrator) explains the banning of Tom J and why this ongoing disruptive behaviour and anti-Arab viciousness is allowed to persist in these threads. … Non-Arab participants are welcome to join the strike.” Here’s sortalikenathan joining the strike:

what is clear is that the Arabs who used to post here have decreased their participation significantly; people who used to post far more regularly (unspeakable, soysauce, Fire bad, and simone), have obviously curtailed their involvement here because of the ways that people who articulate a real anti-racist platform are bullied and derided. Pro-Israel posters are allowed to openly advocate for laws which are racist against Palestinians; posters like MBNYC are allowed to get away with calling us “Angry Arabs” and other such racist nonsense which would never fly against other ethnic groups (could you imagine if he called Black posters, “the Angry Blacks”?).

Why is this allowed? Officially, it seems that dkos does not want to appear anti-Zionist. Well, I am anti-Zionist, and if that is a position that has no place on this “progressive” website, then it should be announced so those of us who support real equality and anti-racism in Palestine cease posting here.

The banning was of Tom J … a regular diarist at Daily Kos who provided factual diaries about daily events taking place in Israel and Palestine against its indigenous inhabitants, the Palestinians. Diaries about the effects of Israel’s occupation, the enforced colonization it has been conducting for over 40 years, stories about killings, house demolitions, wrecking of farmlands and orchards, and deprivation of water resources, all for the purpose of expanding Jewish settlements, the towns and cities Israel has built over the years on stolen Palestinian lands.

Tom J provided a daily account of the horrors taking place through news stories, pictures, and videos, the kind of reporting that is usually censored from mainstream US media. Without implying conspiracy, Tom J is also the proprietor of the site, STOP AIPAC.

By simply revealing the reality, Tom J continually disturbed the large gang of right wing Zionists who blog at Daily Kos, viewed his diaries as Israel-bashing, and him as part of the “Israel is always wrong” crowd. However, under the brutal conditions of the Palestinian occupation/colonialism, there has never been an “Israel is right” diary posted on Daily Kos that justified Israel’s behavior toward the Palestinians. Diaries about left wing peace activism inside Israel or Palestine or in the US, especially among Jewish peace groups like Jewish Voice for Peace, recently condemned as anti-Israel by the ADL, have always been considered Israel-bashing, strange as it may seem. …

Tom J will undoubtedly become just another one of the more than 35 bloggers banned from Daily Kos in the past few years for advocating for the Palestinian cause for freedom and self-determination. In the same period, only two right wing Zionist bloggers, an obvious troll and a self-described jazz singer, have been banned. Daily Kos, it seems, has made a choice, not to advocate for democratic principles supported by say a Jimmy Carter, but to follow Steny Hoyer-like Democrats, the AIPAC fawns in Congress, by suppressing information about the truth about what is going on in Israel-Palestine. Diaries such as … Israel/Palestine News, by Friendlystranger, showing the reality on the ground may continue to be posted, but for doing so, he and others can expect to be banned.

Well, as Shergald says, don’t expect the sky and earth to tremble when us apparently dime-a-dozen writers go on a strike. But, it’s something: it points out to the ‘outside’ world how right-wing in at least one key way the Daily Kos site is. But, what should we have expected of a site dedicated to electing Dems no matter how catastrophically Republican?