Home Government The United States Postal Service is a Microcosm of America as a... 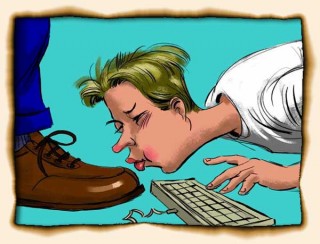 Effective Tuesday, Feb 2, 2010 all delivery supervisors will be required to stay until all their carriers are back. Unless specifically documented and requested, no extra time will be given without my personal approval. No exceptions!
Any questions, call me.
Thanks
Joe Digiacomo SOM-2
.
Now I’m hearing from many of the very same employees who didn’t want to get involved when they could have nipped this in the bud. Now they’re begging for outside assistance, because they’ve elected people to represent them who won’t bother to return their phone calls, refuse to give them copies of documents used against them by management (“I can’t give you a copy of the documents. THEY’RE UNION PROPERTY.”), and either don’t have the sense, or the inclination, to use the union’s numbers and political clout to demand that federal crimes be prosecuted as CRIMES, not simply grievances.
.
As a result, corruption has become rampantly pervasive throughout the agency. It’s been factored into the postal service’s bottom line for so long now that it has become an essential part of the agency’s very survival. So at this point, it’s gone way beyond where the employees can possibly bring it under control without outside intervention.
.
So as I sit here watching the election returns coming in tonight, I sit in horror, and the uneasy fear that all of America is doomed to suffer the same fate – and real soon.
.
Eric L. Wattree
wattree.blogspot.com
[email protected]