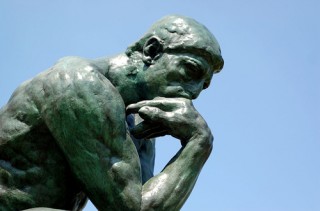 As one who has always tried, with varying success, to be progressive in my thinking, I’d like to make a few personal observations on the contemporary progressive movement. I want to preface my remarks, however, with the assurance that I have long since recognized that I corner the market on neither knowledge, wisdom, nor intellect, but I’d like to share my thoughts nevertheless – not as a condescending edict handed down by a self-appointed pundit, but in the hope that the thoughts of an average man with common facility are worthy of public discussion.

It is my firm belief that the appropriate attitude for a progressive to bring to every discussion is a firmness of thought and an open mind to divergent ideas. A progressive, by definition, should have the intellectual capacity to recognize that one can neither scream, nor insult, one’s way to a solution to any problem. And what should always set a progressive apart from all others is an affinity for humanity, independence of thought, and a fierce determination to remain a seeker of truth above all else, regardless to where that truth may lead.

But those values no longer seem to be the case among many who define themselves as progressives today. Many contemporary ‘progressives’ tend to possess the very same rigidity of thought, and meanspirited, knee-jerk adherence to ideology that the progressive movement was created to combat. The response that many of these people bring to even the slightest divergence from their rigid ideological beliefs can only be described as one of radical reactionism.

That concerns me greatly, because while conservatives and today’s so-called progressives remain completely divergent in their views toward governance, in terms of intellectual disposition they’ve become different sides of the same coin. I’ve often heard it stated that the regimented intolerance of reactionary conservatism is reminiscent of Nazi Germany. That may, or may not be true. But if it is, it must also be acknowledged that the intolerant regimentation of many contemporary radical ‘progressives’ represent the USSR at best.

Many modern progressives have allowed themselves to become infected with the exact same kind of intellectual rigidity that we previously associated with the radical conservative mindset. In fact, many who define themselves as progress today could very accurately be called latter-day conservatives. They have a slightly updated set of values, but their rigidity and rabid defense of those values will surely morph into the closed-minded conservatism of tomorrow.

That’s the primary reason that the conservatives’ reckless campaign of rampant disinformation is winning the battle over reasoned and logical thought. So many contemporary progressives have taken on the conservative mindset of anger before contemplation, and reaction over reason, that there’s no one left who’s actually thinking. Everyone is simply reacting through anger, ignorance, and disinformation. That’s an environment in which the Republican Party thrives, since as any thinking person would know, radical conservatism is reactionary by definition.

Progressives cannot out-scream the Republican Party, and we shouldn’t try. The disinformation that’s currently being disseminated by the GOP must be met with facts, a well thought-out plan of action, integrity, and character.

The American people are not stupid. They desperately want these qualities in their governance, but the current progressive movement is not giving them a viable alternative. Regardless to what our intent, we’re acting with just as much thoughtless anger and reckless abandon as the Republican Party.

The problem is, we have not coalesced into a solid front with a clear and viable agenda. We’ve divided ourselves into so many factions with so many different agendas that the people no longer know what we represent. And the reason for that is that too many of us really don’t know what it means to be progressives ourselves.

Too many of us fail to understand that the primary goal of the progressive movement is to create a viable democracy that serve, respect, and honor ALL of the people. But due to the destruction of our educational system, the corrupting influence of Republican governance over the past twenty years, and an irresponsible media, our ideals and what we represent as a people is only a rumor up for debate for an entire generation of Americans.

But what’s worse, and the subject of this contemplation, is the above is also true of young people of the left who consider themselves progressives. The fact is, while they know that their political orientation is liberal, what they don’t know is there’s a vast difference between being simply liberal, and being a progressive. As a result, many of these young people approach our democracy like it’s a sporting event – our team against their team. Period.

What they fail to realize is that the progressive movement is much more than just a synonym for left-wing liberalism. Progressives have also served as America’s philosophers, intellectuals, and conscience. Thus, true progressives don’t see conservatives as the enemy. They understand that both liberals, and conservatives, play an important role in our society. They recognize that both are necessary in order to maintain a balanced America. And they clearly understand that while there’s a burning need for a Martin Luther King to remind America of its humanity, there is also a need for a Gen. MacArthur to ensure our security.

Thus, the progressive movement is not so much a political ideology as it is a philosophical attitude towards human behavior. A true progressive, as oppose to an ideologue of any stripe, will always give truth, logical thought, and the interest of humanity priority over ideology. And regardless to how much he or she may admire any politician, he will always hold that politician accountable for truth, justice, and his fidelity to mankind.

I can cite an example of that in my personal life. I’m a huge supporter of President Obama because I agree with more of his positions on public policy than I do with the Republicans. But I have both friends, and family, who go absolutely crazy on those occasions when I write a column critical of him when I disagree with something that he does, or something that he fails to do. They take the position that I’m only serving to help the Republican Party drag him down.

I take the position, as both a journalist, and a progressive, that while I support Obama, it is not my job to censor information when in my opinion he’s taken a position that’s not in the best interest of the people (failing to follow the rule of law regarding the atrocities of war committed by the Bush Administration, for example). Neither is it my job to protect Obama’s presidency. It is Obama’s job to protect his presidency, by making the right decisions in office.

Barack Obama is a politician, and a democracy can only remain viable by holding EVERY politician’s feet to the fire. So it doesn’t matter how I feel about him personally, as a journalist, and as a progressive, all I’m concerned with is what he does to, or for the people.

In my opinion, that’s what it means to be a progressive, and I find it extremely disheartening to watch the corruption of such an essential component of our political environment. What’s even more disheartening, however, is the impact that it’s loss is sure to have on American life. With the demise of a vigorous and thriving progressive movement America is becoming a place where power and political ideology takes precedence over justice and the welfare of humanity, and that’s a scenario that can only lead to our ultimate destruction.

Eric L. Wattree
wattree.blogspot.com
Religious bigotry: It’s not that I hate everyone who doesn’t look, think, and act like me – it’s just that God does.