Home Veterans GORDON DUFF: ISRAEL WAS RIGHT ALL ALONG

MORE RIGHT THAN EVEN THEY KNEW

Forever, Israel told us that the Arab nations couldn’t be trusted, that they were ruled by duplicitous back stabbers.  Now, Wikileaks has proven that right beyond question.  It turns out, the Arab world, all those nations that we thought were preparing to attack Israel, you know, the ones whose tanks were getting ready to close in on Tel Aviv, were actually on Israel’s side.  Wikileaks tells us that, since 1979, the countries the US has given Israel more than a hundred billion dollars to protect themselves from where actually working with Israel all along.

Boy, that must be egg on America’s face.

Not only that, Israel had been telling us all along that these countries were petty dictatorships, run by liars and fools, petty criminals who would sell their own people down the river for a dollar.  Now we find those same criminals and dictators have been working with Israel for over 30 years, information from Wikileaks that has the people of these Middle East dictatorships reeling in shock.

So, now we have it, the Gulf States, Saudi Arabia, Jordan, Turkey, Egypt and others, several others, all nations America had been told time and time again were preparing to attack Israel were, in fact, allied with Israel against Iran.  This means, of course, that when Wikileaks put this information out, it didn’t really expose the American government but rather two other groups: 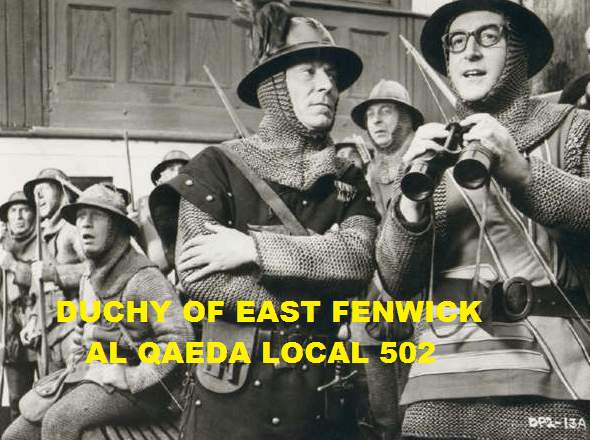 Discounting Syria, Iran and part of Lebanon, the entire region, all the way to China, is one oligarchy after another, countries run by the rich with governments that have one purpose above all others, to crush the poor and downtrodden, even if it causes religious extremism in the process.  They can always sell more oil, borrow more money or, as with Yemen, call in the United States to kill off anyone who doesn’t like what is going on.

What makes all this possible is the stranglehold Israel has over the American government.  This is a boon to the Islamofascists.  Without Israel there, America would simply ignore things and democracy might just set in and spoil everything.  Keeping Israel and America around keeps the petrodollars in the right pockets and the poor and ignorant, well, poor and ignorant.

Now and then, some of those poor and ignorant would strap on a suicide vest and blow themselves and those around them to pieces.  However, from a cost/benefit analysis standpoint, such things were really good business.

Long ago, there was a Peter Sellers movie call The Mouse that Roared (1959).  The film is about a small duchy, East Fennwick, that is going broke.  They decide to declare war on the United States to take advantage of the reconstruction projects.  I know few American believe there could have been real corruption like that before Cheney and Halliburton, but it was there and well known enough to make a movie about.

There has been so much profit in terrorism and war that many economies in the Middle East are entirely built on it.  With over $3 trillion dollars disappearing into the Middle East, $100 billion going missing here and there on a whim, pretty soon it began to mount up.  As they say in Washington,

“A trillion here, a trillion there and, pretty soon, you are talking big money.” 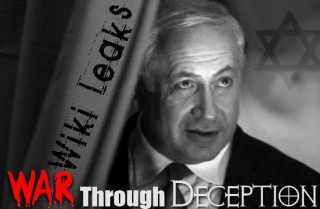 For decades, American Jews and America’s congress, have been told Israel is ready to fall to the Arab armies.  However, since 1979, nearly every nation in the Middle East has been behind Israel and Israel and America have known it.  Everything Americans have heard, everything Jews have been warned about has been a lie.

Americans  had been ready to sacrifice everything to stem the collapse of Israel.  We were told Saudi Arabia was spending billions, arming the nations surrounding Israel, building their armies to crush the Jews.  Wikileaks now tell us that every word of that is a lie, every word from Israel, every word from Washington, every movie, every TV show, all of it made up, simply a way of scamming billions of dollars from the American taxpayer, not just for Israel but to build a military presence in the Middle East for reasons that never existed.

There never was a threat against Israel.  Instead, all the nations in the region have always been ready to attack Iran, led by Israel and the United States.

When the top intelligence officials of Pakistan tell me that Osama bin Laden has been dead for nearly a decade but it has to be kept secret, it all seems to be clear now.  When the BBC, years ago, told us that Al Qaeda never existed;

DO WE THANK WIKILEAKS?

Wikileaks tends to “leak” one side of the story.  Anyone who has looked into it has, at one time or another, wondered why Wikileaks had nothing on this or nothing on that, even with the huge “dumps” of material.  How do you “dump” material with certain things missing unless someone has carefully picked through it?

I am not sure to anyone that news about America being unreliable is news at all.  It’s like Wikileaks slept through the entire Bush administration.  Hmm.  that’s a curious thought in itself?  Where were they when the phony intelligence on Iraq came out or when we found out that Building 7 at Ground Zero had been pre-wired for explosives.  (According to Geraldo Rivera of Fox News)

In fact, Wikileaks seems to be an Obama thing, acting as though the entire Bush administration never happened.  There were lots of things to talk about then, massive corruption, phony intelligence, military failures, all those crooked contractors.  It was the spring of 2010 when Wikileaks gave us the famous helicopter murder video, a timely piece, only 7 years late.

Now we learn that everything we were told about Middle East politics for 31 years was simply made up as part of a conspiracy to defraud the United States, a conspiracy by congress, by the Pentagon, by a hand full of presidents, every president from Reagan onward, all petty crooks.

Oh, the media missed this?