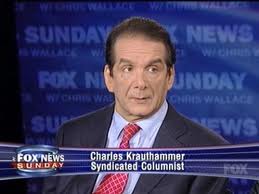 According to a report by Scott Shane, Mark Mazzetti and Dexter Filkins of the New York Times, WikiLeaks exposes how, “From hundreds of diplomatic cables, Afghanistan emerges as a looking-glass land where bribery, extortion and embezzlement are the norm and the honest man is a distinct outlier.”

The New York Times report reveals how “…the collection of confidential diplomatic cables obtained by WikiLeaks and made available to a number of publications, offers a fresh sense of its pervasive nature, its overwhelming scale and the dispiriting challenge it poses to American officials who have made shoring up support for the Afghan government a cornerstone of America’s counterinsurgency strategy in Afghanistan.”

Several commentators have complained of the embarrassment engendered by the WikiLeaks exposure. Washington Post commentator Charles Krauthammer claims that WikiLeaks have caused more problems than embarrassment.

First, says Krauthammer, “damage to our war-fighting capacity…Second, we’ve suffered a major blow to our ability to collect information…Third, this makes us look bad, very bad.”

As an example of damage to our war fighting capacity, Krauthammer says, “This will undoubtedly limit our freedom of action against (al-Qaeda’s) Yemeni branch.  Translated into reality, that means the CIA will be constrained from going into Yemen at will and assassinating al-Qaeda suspects on its hit list.

But that’s an argument that you might expect from a neocon commentator who pushed for the invasion of Afghanistan and pre-emptive strikes and occupation of Iraq.

Krauthammer’s rationale for his second argument reads, “Success in the war on terror depends on being trusted with other countries’ secrets. Who’s going to trust us now?”

This displays Krauthammer’s ignorance of the US classification system. In the U.S., information is “classified” if it has been assigned one of the three levels: confidential, secret, or top secret.

“Third, this makes us look bad, very bad,” writes Krauthammer. “What’s appalling is the helplessness of a superpower that not only cannot protect its own secrets but shows the world that if you violate its secrets – massively, wantonly and maliciously – there are no consequences.”

If there are consequences that should be imposed, they should fall to the US government. They complained bitterly about how Afghan informants names were included in the WikiLeaks report, thus endangering the informants.

However, Australian investigative journalist John Pilger reported that prior to the release of the Afghan War Diaries in July, WikiLeaks contacted the White House in writing, asking that it identify names that might draw reprisals, but received no response.

Yet Krauthammer has called the WikiLeaks documents “sabotage” and concludes by saying “I’m not advocating that we bring out of retirement the KGB proxy who, on a London street, killed a Bulgarian dissident.”

If that’s not what Krauthammer advocates, why does he even mention such a fate in his hammering of WikiLeaks?

Countries and organizations need to protect their valid secrets with the right kind of classification.  Laws concerning classifications were not created to allow careless failure to protect legitimate national interests.

At the same time, classification should not be used as a shield to inhibit whistle-blowers and to prevent public

disclosures of activity that should be exposed.

Transparency precludes keeping secrets that should not be secret.