Home World WIKILEAKS: WHAT, REALLY, IS THE PROBLEM?

“Is Iran Really the Threat to the Region and the World it is Alleged to be by Israeli and Arab Leaders?”

Some commentators, bloggers and other writers, were quick to jump to the conclusion that the avalanche of documents being released by WikiLeaks is part and parcel of an Israeli/Mossad deception strategy. One implication being that WikiLeaks’ founder, Julian Assange is, knowingly or not, manipulated by Zionism. 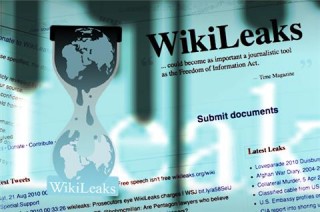 On the basis of the first two or three days of the Wikileaked revelations as reported by the mainstream media, in America especially, there most definitely was a case for saying that the agenda best served by the leaked diplomatic cables was that of the Zionist state of Israel, its lobby in America and its many stooges in Congress. The essence of the case was in the message that Iran is the biggest single threat to the peace of the region and the world not only because the Israelis say so but also because Arab leaders agree with them.

In my last post I quoted Zbigniew Brzezinski, President Carter’s National Security Advisor, as saying he thought it was possible that Wikileaks was being fed and manipulated by intelligence services. And I stated my own belief of the moment that the question of whether or not this is so was worthy of investigation.

But as the flow of leaked cables increases, and with time for reflection, I no longer believe that such an investigation is necessary.

And here’s just one example to  make the point.

When it learned from Wikileaked diplomatic cables that Arab leaders were at one with Israeli leaders in wanting the U.S. to attack Iran, journalism with integrity would have asked something like the following question. “Is Iran really the threat to the region and the world it is alleged to be by Israeli and Arab leaders?”

If that question had been asked, the honest answer would have been “No, of course it isn’t!”

As I and others have pointed out a number of times, even a nuclear-armed Iran would not pose a threat to Israel’s existence or that of the states of the impotent and repressive Arab regimes which are more or less content to do the bidding of America-and-Zionism. To really believe otherwise (as opposed to not really believing but saying so for propaganda purposes) is to assume that a nuclear-armed Iran would at some point launch a first strike. That would never happen because Iran would be inviting its own complete destruction.

If Iran does end up with a nuclear bomb or several, it will be for the purpose of deterrence only. (As I said in my last post, if I was an Iranian, even one who hated the regime of the mullahs, I would feel more secure in the face of Israeli and American threats if my country did possess a nuclear bomb for deterrence).

Though much of it was confirmatory for informed journalists and politicians, the Wikileaked information is new but the real problem is not. It is (generally speaking) the mainstream media’s lack of integrity, in America especially; a lack of integrity which, in its reporting of the conflict in and over Palestine that became Israel, manifests itself in one of two ways – in some cases by knowingly peddling Zionist propaganda, in other cases by self-censoring the truth about Israel’s crimes out of fear of offending Zionism too much or at all.

In my view Assange has damaged his own cause by releasing details of facilities around the world which U.S. authorities regard as being vital to America’s national security. By doing so he has given his enemies in governments everywhere what they did not previously have – a fig leaf of justification for their efforts to silence him.

If they succeed, the threat to what passes for democracy in the Western world, in America especially, will be even greater than it currently is.

ALAN HART : THE FOLLY OF THE ISRAELI AND ARAB APPROACH TO IRAN