Home WarZone PBS: Will there be a Peace Movement in 2011?

I was researching material to make a decent first article with a look ahead to 2011, when I was inspired by listening to a PBS program Sunday morning to write a story about mainstream, and now public media, promoting an image of there not being more of a Peace Movement.

The Peace sign has now turned 50, but are the stars aligned in 2011 to ignite a Peace Movement?

I had another article set aside for just this moment that I will submit separately in my next post. These will be the words and views of a retired Army Major General, but the timing for his words is perfect. He presents his views for why there isn’t more of a Peace Movement though that may not have been his original intent. What he says in his article, Ideals Versus Interests, is not only THE TRUTH, but what mainstream media, even public media like PBS is missing (maybe intentional, maybe unwittingly).

My wife and I watched the PBS program Religion and Ethics Newsweekly this morning. At the close of the program the panelists were asked this question by the host looking ahead to 2011,

“I have been wondering with respect to Iraq and now Afghanistan why there was no peace movement—not more of a peace movement. Do you think with Afghanistan, as we begin to come out of there, that there will be such a thing?.”

The panelist from the Brookings Institute came up with a very safe and diplomatic response sounding more like a political talking point than a knowledgeable answer. However, he did raise valid points that still deserve some thinking about and debate.

His response to the question was, “I think going into Afghanistan there was very broad support when we started because many people, except for pacifists and a few others who have legitimate reasons for opposing all wars, most people thought this was kind of a just war response, so you didn’t have a big opposition.”

He sounded somewhat hesitant in his response as if intended to divert from the real answer(s), or appeared to lack knowledge and showed plain ignorance of the real answers.

PBS: Except for Pacifists and a Few Others with Reasons for Opposing All Wars, Most People Thought Afghanistan was a Just War.

Here is an excerpt of what was said, readers need to go to the last few paragraphs before closing the program,

BOB ABERNETHY (Host): I have been wondering with respect to Iraq and now Afghanistan why there was no peace movement—not more of a peace movement. Do you think with Afghanistan, as we begin to come out of there, that there will be such a thing?

EJ DIONNE (Senior Fellow, Brookings Institution) : I think going into Afghanistan there was very broad support when we started because many people, except for pacifists and a few others who have legitimate reasons for opposing all war, most people thought this was kind of a just war response, so you didn’t have a big opposition. I think now a lot of people say God, this is a terrible mess. I don’t have a good answer coming out of it, and I think that sort of undercuts what might otherwise be a big peace movement.

ABERNETHY: Thanks, E.J., our time is up. Many thanks to Kim Lawton of Religion & Ethics NewsWeekly, Kevin Eckstrom of Religion News Service, and E.J. Dionne of the Brookings Institution. That’s our program for now. I’m Bob Abernethy. 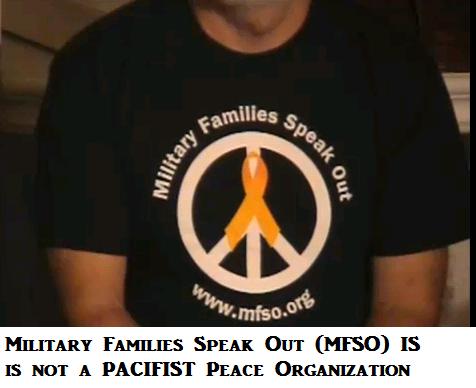 I’m only using this public TV program as an example of how not only mainstream media, but even public media, strives to avoid answering hard questions about war and down playing any Peace Movement be there one or not.

Readers only need to go to the link for the PBS Program Segment Look Ahead 2011 and note that out of all 11 graphics used (to include the Tea Bag Movement) there was not one photo of the periodic Peace Protests since 9/11 – not even the White House Protest of 16 December to see just how downplayed the Peace Movement really is. In fact, most of the photos used with this transcript pretty much covered the growing ultra-conservative movements as they downplayed the Peace movement.

The response that “except for pacifists and a few others who have legitimate reasons for opposing all war, most people thought this was kind of a just war response,” is not only misleading but down right ignorant of the facts as articulated by retired Major General Dennis Laich. He states the real answer as to why there’s not a Peace Movement on the scale of the Vietnam anti-war movement in the my next post – One Cannot Compare the Vietnam anti-war Movement to the Peace Movement today.

My take on there not being more of a Peace Movement is almost the same as Major General Laich’s.

For example, Military Families Speak Out (MFSO) that I’m a member of makes it quite clear that WE are not pacifist by definition of our career paths and having love ones in harms way in wars our entire family does not support. We are certainly NOT a  “few others who have legitimate reasons for opposing all war[s].” 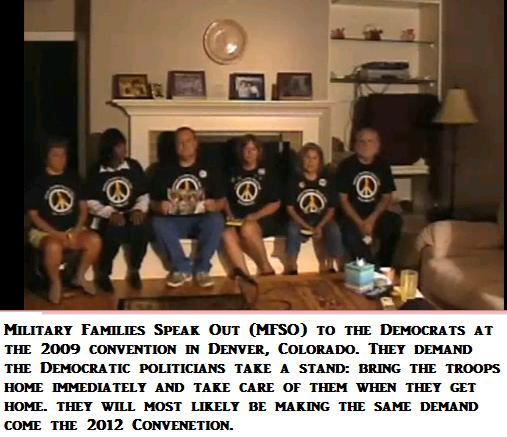 MFSO is very straight forward about not being pacifists or pure anti-War:

Our members have diverse opinions about war and political beliefs.  However, we all have in common a determination to support our loved ones in the military.  We stand united in opposition, not to war in general, but to the wars in Iraq and Afghanistan, on the basis that they are unjust wars which the U.S. waged based on lies.”

In my view, Veteran and Military Family related Peace groups that are not pacifists  must unite with groups who are pure anti-war and oppose all wars. Who else can we unite with to achieve “more of a Peace Movement?”

However, I hope and pray that fiscal conservatives will finally wake up in 2011, connect the dots on the costs of war, and the U.S. economic melt down. I believe that it is only a matter of time before they do along with a growing number of American voters and the public in general. One need only look at the unsuccessful Independent Presidential run of Libertarian minded Congressman Ron Paul in 2008. Ron Paul took an anti-war position not based on moral or ethic reasons alone but mainly on economic-political reasons.

I project Ron Paul will be back as an anti-War candidate in 2012, but the question remains could he be trusted anymore than Obama to END THE WARS?

There are other complex reasons what Peace movement does exist is not recognized publicly despite more aggressive Peace activism as the actions taken against the Obama White House on 16 Dec 2010 protests led by Veterans for Peace (VFP) when over 100 Peace Activists chained themselves to a White House fence.

Most every Peace activist action taken since 9/11 has been ignored (a media blackout on anything negative about the wars has tended to intensify now that they are Obama’s Wars. President Obama gets nowhere near the media fallout that President Bush rightfully got although their popularity polls both plummeted.

I can’t say for certain if there will be an increase in Peace Movement actions over 2011, but one thing I can guarantee is unless such actions get violently radical (not advocating such mind you)  or as noisy as the Tea Bag Movement, most actions for Peace will continue to be ignored (blacked out) or downplayed by mainstream media, and a shift in course at PBS towards only covering positive aspects of the Iraq and Afghanistan occupations.

This of course makes mainstream and public media no more than an extension of our government, especially Pentagon, propaganda apparatus.

Anyway, my family has taken PBS out of our Last Will & Testament.