“If all went well, Iran could have a nuclear weapon in about ten years that could be delivered by a truck or large airplane but not an Iranian missile. “

…by  Clinton Bastin,  for VT
–
[ Editor’s Note: Clinton Bastin died in 2014, a great loss of a great man who never wandered from his true compass heading, which included not being on board hoaxing the American public on non-existent threats which were being used to benefit certain segments of the American political and military industrial complex.
–
At the end he was only, totally abandoned by all in the U.S. nuclear community that he had worked with, because he exposed how they all went along with our government’s lying about the non-existent nuclear weapons program. Being old school, his main “weapon” was sending letters to the editor to the NY Times, and they did publish some of his highlights.  The FBI asked him to always send them copies when they went in which we did.
–
When I discovered him in my back yard here in Atlanta, then began a series of briefings on his 40 years starting with the Atomic Energy Commission and ending with the Department of Energy. It was one hell of an education, and took a long time to cover.
–
Our thanks was to share what we learned from him with our readers with a number of articles, and quoting him as a source on number nuclear related issues, and we will continue to do so, like we do with all the other great VT sources that have passed on, an more than a few not from natural causes. You and find a number of them in the In Memorium section at the bottom of the editors and staff page.
–
Neither Clinton or VT has ever been challenge by anyone with standing on any aspect that we have published as it is all rock solid. Official government people never challenge us as they know we would just offer to do a recorded two hour debate, which to date “they” have never wanted to do.
–
And yes, Clinton was a WWII era Marine officer, going in just at the end so he was always stateside. He was one of the best we had, and he will always be with us here at VT as our 35,000+ articles are safely stored on a number of backup servers, including overseas ones… Jim W. Dean ]
____________ 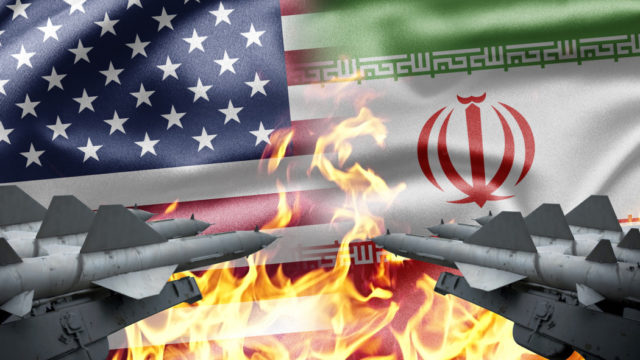 The United States makes  false claims of nuclear weapon threats in other nations because US government officials and others do not understand nuclear materials’ and weapons’ production technology and are unwilling to rely on information from those who do.

They also do not appreciate the importance of nuclear power to reduce use of fossil fuels.   Virtually all information about nuclear weapons from US officials, news media and others is  wrong. False claims of nuclear weapon threats  from important,  fully safeguarded nuclear power programs such as those in Iran

• undermine international safeguards  the only assurance nations have that their neighbors are not making nuclear weapons,
• lead to dangerous conflicts between nations,
• preclude effective negotiations to resolve conflicts and disagreements
• deter and delay nuclear power needed for transition from overuse of oil.

All US nuclear programs for production of nuclear weapons were managed by chemical companies and directed by US government chemical engineers.   These engineers would meet each year to prepare top secret nuclear weapon production schedules that would be signed by The President to authorize production of all the weapons that could be made – needed or not.

They would also meet with managers, scientists and engineers of weapons’ laboratories to learn about advanced weapon designs.  Some of these engineers made assessments for national security agencies of weapon threats from nuclear programs in other nations and directed US nonproliferation initiatives.  They also provided for use by IAEA inspectors lists of equipment and processes that might – or might not – indicate weapon-related activities, which has greatly compounded the problem.

All chemical companies who managed and all chemical engineers who directed nuclear weapon programs have left the DOE.  Despite highest priority and available information that should have been used for success,  the DOE in 1992 failed its mission to build a new reactor to produce nuclear materials for defense, space exploration and other important national programs.  It subsequently lost ability to produce these materials.

The DOE also lost ability to accurately assess nuclear weapon threats.  Scientists in non government institutes and others who do not understand basic concepts of nor the technology to produce nuclear weapons provide information to the news media about nuclear weapons.

David Albright, a physicist, former colleague, president of the non government Institute for Science and International Security in Washington and a former consultant for IAEA inspectors, is recognized by the US news media as an expert on nuclear weapons but is not.  I called David several months ago to correct inaccurate information attributed to him by New York Times reporter William J. Broad.

I also mentioned that Pakistan probably did not have many nuclear weapons because gun-type weapons require about 100 pounds of highly enriched uranium.  David said that he had seen drawings of Pakistan’s weapons and they had solid cores but were implosion, not gun-type.  With that statement, I  realized that David did not understand basic concepts of nuclear weapons.

Iran’s plans and commitment for fully safeguarded nuclear power began in 1970 when the United States, then Iran’s important ally, lost the ability to recover enough oil to meet demands.  Leaders of both nations recognized that world ability to recover enough oil to meet world demands would be lost in a few decades unless there  were major reductions in use.  Iran signed the  NonProliferation Treaty, ordered five large nuclear power plants from US vendors and was promised (inappropriate) reprocessing technology by the US Department of  State.

The plans were interrupted when President Richard Nixon upheld the Atomic Energy Commission decision to deny promised technology.  Iran cancelled the nuclear power plant orders with US vendors and ordered them from France and Germany, who agreed to supply needed technology.

The Islamic Revolution interrupted Iran’s plans again, but not its recognition of the importance of nuclear power.  Iran’s first nuclear power plant, built with Russian help in the southern port city of Bushehr, is almost ready to begin operation

Because of the past denial of promised nuclear fuel cycle technology, Iran is understandably reluctant to rely  on another nation for continuous supply of low enriched uranium needed for nuclear fuel.

Iran’s leaders know that any action toward building a bomb would be quickly known by the world and justify a military attack on important nuclear power facilities.  They also know that a nuclear weapon would be of no value for Iran’s security or other interests and have clearly stated their intent not to build one.

To make a nuclear weapon, Iran would begin by diverting at least two tons of low enriched uranium hexaflouride gas from fully safeguarded, carefully measured inventories.  Other nations would know about the diversion, which would be  easily and quickly detected by International Atomic Energy Agency inspectors.  If any  nuclear facilities survived the certain attack, Iran would try to further enrich the gas.  But these facilities are not configured for higher enrichment and had earlier processing problems.

If further enrichment was successful, the most dangerous and difficult operations would begin. The highly enriched uranium gas would be converted to metal and weapon components would be fabricated  and assembled with high explosives for a weapon.  These processes have never been used in Iran and facilities for their use almost certainly do not exist.

Potential for a deadly criticality accident in each operation is high.  Assembling metal components with high explosives could result in a nuclear explosion unless done with great care.

The final step would be providing heavy containment to obtain a significant yield.

If all went well, Iran could have a nuclear weapon in about ten years that could be delivered by a truck or large airplane but not an Iranian missile.

Israeli  Prime Minister  Benjamin Netanyahu and Consul-General Reda Mansour in Atlanta, US officials and others  have been told about the long time and difficulties Iran would encounter with an attempt to build a nuclear weapon. Israel’s leaders have stopped making threats against Iran’s nuclear power facilities, but US political leaders, news media and others continue to support sanctions against Iran’s nuclear power programs that will be of no value but will prevent cooperation with Iran to resolve problems and end conflicts and terrorism in the Middle East.

• explain to all nations that Iran’s nuclear power programs are not a nuclear weapon threat
• encourage leaders of Iran, Israel and Arab nations to form a multinational corporation to operate a regional facility in Iran to supply low enriched uranium for nuclear power in the Middle East.
• provide technical assistance to assure safe and successful enrichment facility operation.

A final note: The inability of the DOE to produce nuclear materials and assess nuclear weapon threats in other nations is one of many adverse consequences of U.S. reliance, unique in the world, on a large, politically-dominated federal department to direct and manage policies and programs for complex nuclear and energy technology that is vital to its citizens’ economic well-being.  Changes should be made based on lessons learned  from experiences with nuclear and energy technology since 1942.

Clinton Bastin: (Chemical Engineer/Nuclear Scientist, US Department of Energy – Retired) directed US programs for safe and successful production of nuclear materials and weapons and development of gas centrifuge technology and the successful US nonproliferation initiative with India.  He advised US national security agencies on proliferation threats in other nations and was a lead consultant to the IAEA for its study of Regional Nuclear Fuel Cycle Centers. 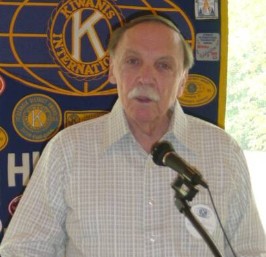 He writes and talks to community groups and others about energy, the environment, national and global security aspects of nuclear technology and materials, and improved human interactions through partnerships.

He worked for the US Department of Energy for more than 40 years in roles ranging from manager for nuclear programs, US coordinator for collaborative nuclear research, technology exchange, and nonproliferation initiatives with other nations and the International Atomic Energy Agency.

Clinton Bastin was in the US Marine Corps during World War II.