Home Government Some People Are More Equal Than Others 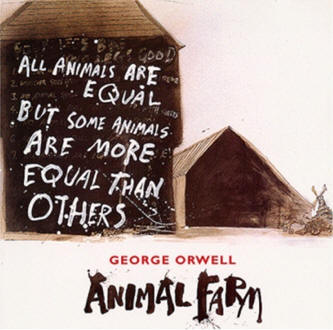 ‘More Equal Than Others’ … it’s the assumption shared by the oppressing class in societies and communities the world-over, and their useful idiots—The bigot and his militant cousin, the Brown Shirt.

If you’re in Israel, the less-equal are the Palestinians or Arabs [unless you are a favored Arab dictator].

In America, despite its pretence to pluralism and civil rights, the contemporary less-equal include the gay, lesbian, Arab, Persian, black, anybody not willing to sell out to moneyed interests.

Examples are obvious to the thinking mind: Women, working men, and on and on.

Want to grant all Americans full rights to fight for their country or at least serve in the Armed Forces? Can’t do that. We need inequality for the sake of good order, discipline and morale in defense of an institution.

Want Americans of the same sex to marry? No, can’t do that, it will ruin your marriage and this sacred institution, so we deny gays and lesbians in self defense. 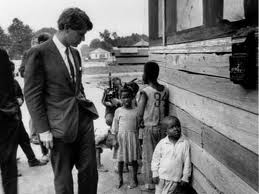 Said Robert F. Kennedy, a man who grew as a man out of tragedy, then fighting for justice [what fools today call political correctness]:

Few will have the greatness to bend history itself, but each of us can work to change a small portion of events, and in the total of all those acts will be written the history of this generation. It is from numberless diverse acts of courage and belief that human history is shaped. Each time a man stands up for an ideal, or acts to improve the lot of others, or strikes out against injustice, he sends forth a tiny ripple of hope, and crossing each other from a million different centers of energy and daring, those ripples build a current that can sweep down the mightiest walls of oppression and resistance.

Few are willing to brave the disapproval of their fellows, the censure of their colleagues, the wrath of their society. Moral courage is a rarer commodity than bravery in battle or great intelligence. Yet it is the one essential, vital quality for those who seek to change a world that yields most painfully to change.

But reading the words in these pages of those few without the moral courage to stand with the gays, the lesbians, the blacks, I want to puke.