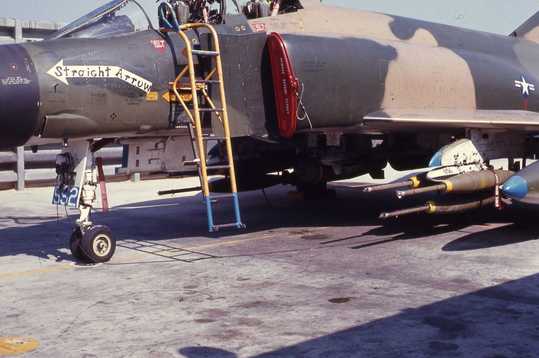 January 21st 2011 marked the 40th anniversary of my return home from a one year tour in Vietnam. My mother saved all my letters I sent home of which I have read bits and pieces from time to time but have never considered reading them in any chronological order until now. As I read the letters I was surprised to see how my thoughts about the Vietnamese people, the countryside and the Vietnam War progressively changed during my tour.

My first thoughts about the Vietnam War came on senior prom night. After dinner and dancing we decided to go to a local pool hall for Cokes and more evening fun. As we walked past the pool tables my eyes were drawn to the blackboard on the wall. The names on the board were not the names of pool shooters but rather the names of those who frequented the hall and had already shipped off or were soon to ship off to Vietnam. An uneasy feeling came over me. In my mind the war had always been over there now it’s here.

I went on to college and spent the year trying to figure out what career best suited my life. College was crowded and many of the classes for an incoming freshman were limited. My life was about drag racing, cruising and spending time with my hot girlfriend. The only reason college was in my life was because there was a draft and keeping a student deferment was a way to keep my ass from going to Vietnam.

College was boring and it didn’t take long before I was skipping classes. My father was concerned that I would find myself in the jungles of Vietnam if I didn’t keep my student deferment active. My girlfriend’s brother, who was a few years older than me, joined the Air Force and got into the radar field. I remembered that the Air Force offered air-conditioning and refrigeration as a career and for some reason this looked like a career that was a better life fit for me. So I joined the Air Force.

Like air-conditioning and refrigeration, weapons’ loading also falls into the mechanical field but I had no intention of loading bombs, cranking ammo or stuffing rockets. I was looking for a life career after serving my four years in the Air Force and clearly weapons loading did not fit the picture. It seems the Air Force had a different perspective on my life.

After basic training and technical school I was stationed in New Mexico. Now I have nothing against New Mexico but I was a young California kid and the desert town of Alamogordo didn’t exactly fit my persona. I soon realized the easiest way to get off this base and out of the desert was to volunteer for Vietnam. My orders to go to Vietnam were cut in twenty days and after a leave at home I was on my way.

As you can probably tell by now my reason to volunteer for Vietnam wasn’t ideological as if I wanted to save the world from communism but rather a restlessness of youth or maybe it was the stupidity of youth, either way I did it. And now my name can join the rest of the names on the pool hall blackboard.

My year in Vietnam was going to be very different than anything I had ever experienced before and my first indication was when the cabin lights in the plane were turned out during landing. We landed in the dark of the early morning and they wanted to make sure that we would not be a target for ground fire. I realized my decision to volunteer was probably a mistake and I resented the Vietnamese for needing our help.

When we landed they turned out the inside lights on the plane. I felt like going back home. Boy am I ever scared. I wish now I had never volunteered for anything. I guess I just have to make the best of things. I never knew how good I had it. And the Vietnamese people give me the creeps. They look at you as if you weren’t wanted here.

When we stepped off the plane the heat, humidity and the smell of the jungle was unfamiliar to me. We were ushered to a concrete bunker to be briefed about the dos and don’ts of Vietnam and the war. I don’t remember much about the briefing other than if we came under attack during the briefing we didn’t need to go anywhere because being in this bunker was the safest place you could be at the this moment. After you stepped outside of the bunker, safe was a relative term.

We weren’t taught much about the history of Vietnam and their years of continuous occupation. If I had known more about their history I might have been a little more understanding of why the elders looked at us with such suspicion. Remnants of those that came before us were still visible on and off base.

We were supposed to be attacked tonight so we had to wear our flack vests and helmets to the mosquito flick (outdoor theatre). We were told we will be shipping out to another base soon. I was told by the information officer that we would be going to Phu Cat.

I had been trained as a weapons loader on F-4 Phantoms and until now most of what we loaded were simulated weapons or practice bombs. Now we will be handling the real stuff; napalm, 20 mm high-explosive ammo, white phosphorus, 2.75 rockets, missiles, 250 lb, 750 lb and 1,000 lb bombs. I nervously waited for my first assignment and assure my parents that I’m safe.

I’ve been pulling KP for the last three days. Tomorrow is my last day. We have been working 14 hour shifts but normally we would only work 12 hours. All the gooks left for Tet Holidays, that’s why we are pulling the KP shifts. We don’t have to wear shirts here on the flight line so everyone is really tan. You can tell who’s new and who’s been here awhile. I was looking at the countryside and boy is it torn up. The Navy shells the mountains around us to keep the VC away.

The only calendar that counts in Vietnam is the one that counts down to your last day in Vietnam before heading home. Even the day of the week is no longer relevant and getting a day off is treated like a vacation.

Well one month down and 11 to go. I found out we will be leaving for Danang, instead of Phu Cat, on the 15th of March. It’s hard to tell what day it is. The only way you can tell its Sunday around here is that nobody but weapons and aircraft maintenance guys are in the chow hall, everyone else is off. Our crew gets a day off tomorrow. It is my first day off since I got here.