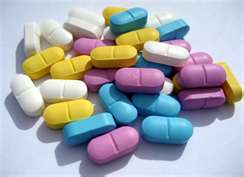 Chinese authorities ordered a ban on medicines that contain Dextropropoxyphene, a painkiller. The country’s drug watchdog agency warned that medicines, which have negative side effects, may create a potential threat to the life of citizens.

A statement issued earlier this week by the State Food and Drug Administration (SFDA) urged the market, that the medicine should be withdrawn. The statement suggests that all companies should stop production, marketing and usage of Dextropropoxyphene, from July this year. Dextropropoxyphene, used for decades in China, has serious toxic side effects on the heart and could be fatal in high doses, said a press release.

The withdrawal will allow a safe transfer of patients to appropriate alternative therapies, the statement added. The decision is based on the outcome of both domestic and overseas research, and the instruction of Chinese experts.

According to medical analysts, there have been concerns about the safety of this medication in recent years. Safety concerns are; risk for major depression and hence suicide risk, liver damage, breathing arrest if taken with alcohol etc. Many deaths were reported as a result of these complications of Propoxyphene-based medications.

Therefore, European countries have decided to discontinue prescribing and marketing of the medication gradually. As of March 1st this year, Dexofen (Dextropropoxyphene) is no longer in use in Sweden.

Fazel Fazly is a medical doctor in Falun Hospital Sweden, he says, Dextropropoxyphene is a generic name for a painkiller which is a type of weak opioid.

‘’There are so many trade names for this medication around the world. For example, here in Sweden, the trade name for the medication is Dexofen. In the UK, it’s called Coproxamol (combination of Dextropropoxyphenen and Paracetamol)’’ Dr Fazly added.

‘’The Dextropropoxyphene is not only manufactured in China but it is also produced in many other countries; for example in Sweden, it is manufactured by BioPhausia pharmaceutical company which is a European company.’’ He says.

Dextropropoxyphene, available in the form of prescription-only compound tablets in China, is usually used to treat slight or moderate pain, as well as pain caused by cancer. The painkiller had wide demand not only in the domestic market but overseas too.

Health care is growing in China

The ban comes after president Hu’s significant announcement to improve the health situation in the country. In April last year, he announced that Beijing will spend 125bn US dollars over the next three years on thousands of new medical centres and hospitals.

The Chinese health authority said, within three years, Beijing aims to build at least 2,500 new county hospitals and 29,000 village clinics. Another 3,800 borough centres and 13,000 health centres are to be reconstructed. Largely, a most important change in funding is happening – which will help rural families to adopt healthy lifestyles.

China, a world economic power has been criticized for cuts in health budgets in recent years, but now, the country is trying to concentrate on internal development.

According to BBC, the collapse in international export markets that accompanied the global financial crisis of 2009 initially hit China hard, but its economy was among the first in the world to rebound, quickly returning to growth.

As a member of the World Trade Organization, China benefits from access to foreign markets. But relations with trading partners have been strained over China’s huge trade surplus and the piracy of goods.

At the moment, China is one of the world’s major exporters of medicine which have widespread influence on the overseas market, as well as the regional market is vastly dominated by Chinese products including medicines.

Hanan Habibzai, an investigative journalist with more than ten years of experience in global journalism has covered the US invasion of Afghanistan, the fall of the Taliban regime, and post-Taliban developments, including the rise of militancy in the country.