Home Government In President Obama’s Own Words, the U.S. Postal Service is Guilty of... 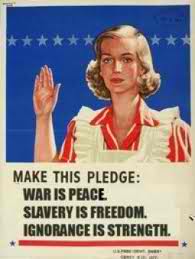