Home Government ONE LOVE: We are ALL Egyptians Now!

An Explosion Heard Round the World Destroys 20th Century Dogma

As the dawn breaks over a new Egypt, the former protesters, now proud citizens of a burgeoning democratic Egypt are collectively cleaning up Tahrir Square and getting ready to begin the amazing and determined task to build a government for the people and by the people.

“This is our country, this is my Egypt, this is revolution” said a 20 something jubilant Egyptian at the very moment Hosni Mubarak stepped down from his golden palace.  The amazing enthusiasm by the kids of Egypt was awe inspiring.

It was as if a mirror had been held up to our faces when we, as Americans, fought back in 1776 against the tyranny of the King.  If only there were Facebook and TV back then right?  But still, we know our foundation and our history and so we relate to our brothers in Egypt, not as Arabs or Muslims or some other kind of man-made label, but as fellow human beings who seek and stand for the basic human right of dignity and self-government.

Granted, on the right wing side in the USA, there are unfortunate expected rumblings of the typical boogey man fear mongering delivered by the doomsayers e.g.  What if, what about, the Muslim Brotherhood, Israel…blah blah blah.

All this noise blocking the real facts on the ground that the Egyptian youth ruled the day talking about Martin Luther King while wearing American branded Levi Strauss shirts yearning for very same American freedoms and liberty we all enjoy at home.  These kids are the future and they are NOT going to have any of this past dogma that so many old people are desperate to hold on to.  This is the new world where the kids are alright and the old people are all wrong.  The kids want peace not that old piece of garbage Hosni Mubarak and his assigns around the world tried to impose.

So while it’s disappointing to see some of our fellow Americans immediately default to a 20th century fear of the future while the rest of us look forward to a new world order where the Middle East becomes a democratic region and the wishes of the people rule the day, it’s important to note that, in a democratic free country, the people, if they choose, have a right to live in the darkness of the past.  But with the social networks online 24/7, we the people, also have a right to expose their darkness to the light and shine a bright light right into its very vortex showing that the emperor has no cloths.

You see, while liberty and freedom was a battle cry of America in the 20th century, in the 21st century, its’ now a global demand and the rulers of the past are about to fall one by one as we information age ourselves into the enlighten future.  So yeah, we still have to suffer the some fools who yearn for the 20th century dogma but we, the Facebook generation, no longer care for it or are interested in.  It’s a crashing bore!

As for the snake oil salesmen who sell this ancient old thinking, well, they are on their way to the dusty museum.   In fact, let’s call it The Mubarek Museum of Failed Ideologies (MMFI).  Anyone have some nominees for it’s founding members?

Look, no doubt, the shot heard round the world in Cairo will have amazing repercussions for Americans and our U.S. foreign policy.  And thats a good thing.  We need a major shake up.

We are about to enter a new world where the Arab boogeyman is no longer there, except for periodic Osama Bin Laden appearance and pretend statements from old men that we are still looking for this cartoon fabricated character.  It’s over!

The military industrial complex is getting exposed and they will have to deal with us, the people of the world led by the children of Egypt and the angry and abused here in America.  No more lies, no more fake wars, let’s be good to our earth and respect it’s resources, and let’s expose the banksters….and let’s have peace in the middle east, not by our spending money to pay for it with dictators but by letting the neighbors work it out.  Send them therapists, not money.  No more blood money.  We have nothing to fear anymore.  The kids of Egypt showed us the way…..and so, let us defeat fear by peace, by love, by care of our fellow man and end the hate mongering and demonizing.  We want to live.  It’s time for all of us to become Egyptians. 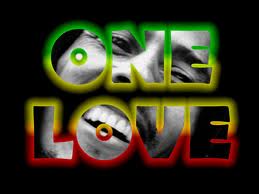 Bob Marley, from the song “One Love“

And to think that all of this was started by a meager fruit vendor in Tunisia who set himself on fire and with it, lit the world on fire.   Amazing!

So as our American right wing continues to live in their past glory, let us celebrate their right to live in the past; that’s the gift of freedom, liberty, and democracy.  But, as a majority, let’s take a deep breath and marvel at what we have witnessed in the cradle of civilization where a man named Moses once led his people from bondage and now another man, named the children of Egypt, with their keyboards and a dream Facebooked their way to lead the people out of this 20th Century bondage and into our global hearts for a 21st century world.