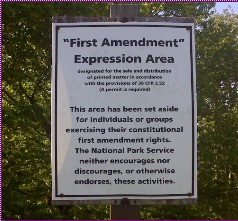 By Tommi Tucci for Veterans Today

Philadelphia, Pa February 2011…………..A Nation of laws is ignored and the US Constitution is circumvented to the detriment of ‘We the People’ 320 million populace. Posted by Raw Story.    US Constitution the body of a Nations Law crafted by eight-hundred years of inherent human rights from the Magna Carta c.1215.  Basic inherent human rights to self dignity, self determination, and liberty from oppression.  No king, lawmaker, nation, entity, religion, creed, select exclusive special interest group, or forum “owns” free speech.   That includes labor, property, and assets of an individual.

Mainstream media corrupt dazed and confused sound byte headlines blare out problematic ideologies…..Should the Constitution protect American Muslims? This question was posed by Islamophobic Lt. General William Boykin in an article published recently in which he attacked Islam.  Mr. Boykin who’s very  existence at the pinnacles of crime organizations is getting very little oxygen and is increasing his medication of shill pills, quotes “Sharia provides “no individual freedoms while virtually enslaving those who live under its authority.” Posted by Press TV

Mr. Boykin ignores and completely distracts attention from the draconian Patriot Act and the Homeland Security Act.  Thereby opens a challenge to the problematic crime organization bureaucratic apparatus he represents.  A combination of ultimate indignity imposing and impacting the peasant slavery of humanity’s prewritten c.1215 Magna Carta.  Circumventing the US Constitution perpetuating and endangering the health and liberty of every global citizen on the planet.

U.S. Senator John McCain Calls Mideast Pro-Democracy Movement A Virus” “His unequivocal support for his constituency in his beloved Israel overshadowed our American values for democracy, freedom, and liberty for all peoples in the world including but not limited to the middle eastern peoples.” Posted by Veterans Today.  Mr. John McCain overdosed on beta blockers, an apoplectic old man accelerating diminishing returns, collaborating against the the will and to the detriment of ‘We The People.’

Mr. McCain thereby opens a challenge to the problematic crime organization and bureaucratic apparatus he represents. The Laws of the US Constitution in behalf of 320 million U.S. populace.  The fatigued and incompetent Mr. McCain took an oath of office to uphold, obey, and honor.

Ultimate Attack Against Self Dignity Freedom and Liberty

“As Secretary of State Hillary Clinton gave her speech at George Washington University yesterday condemning governments that arrest protestors and do not allow free expression, 71-year-old Ray McGovern was grabbed from the audience in plain view of her by police and an unidentified official in plain clothes, brutalized and left bleeding in jail. She never paused speaking.” Feb 07 2011 Posted by Partnership for Civil Justice

Clinton and Kissinger thereby opens a challenge to the problematic U.S. crime organization and bureaucratic apparatus they dutifully represent.  Two quislings that parrot deceptive distraction and deflective statements. “Clinton on Monday hailed the “courage of Iranian people” whose demonstrations to back changes in Egypt turned into protests against the Iranian government.  Clinton said the U.S. was sending out the same message to Iran as it had to the regime in Egypt, where mass protests last week forced President Hosni Murabak resignation” Posted by The Telegraph.

Laws defining humanitarian rights, the rights to self dignity, self determination, liberty, freedom and the inherent right to all individuals labors, property, and assets.

All matters and laws of culture society and civilization is currently circumvented by the American zenith of corruption.  The private banking cartel illegal Federal Reserve.  Resulting in the inclusion of crony mainstream media quislings, pompous academia, DC-Potomac poltroons, military satraps, ideological despots, political criminal crime organizations, and a complete corrupt bureaucratic apparatus. “Madoff did not name any institutions in his series of interviews with The New York Times but said banks and hedge funds “were complicit in one form or another.” 2/08/10 Posted by Detroit News

No king, throne, entity, religion, creed, nation, select exclusive special interest group, or forum is above the law.  Therefore, it cannot be argued, disputed, or defended that a nation, entity, king, throne, religion, creed, select exclusive special interest group, or any forum “owns” title to free speech, liberty, self dignity, self determination, and the inherent human rights to freedom of expression.  Apoplectic Ideologues Tell Egypt Democracy to “Drop Dead.” Posted by Before Its News

“The. US Government does not support the rights of protesters and the First Amendment to the U. S. Constitution.” Posted by Raw Story.  A great Nation of written laws absolutely ignored, dismissed, circumvented, and corrupted.  Replaced by sanctimonious and problematic parody and crime organizations.   Absolute dictatorial control by threatening, confiscating, committing genocides, daylight robbing, thefts of labor assets property, stealing global natural resources, rape, pillage, death, destruction, famine, and installing a military police state, to the detriment and to the will of ‘We the People.’  ‘We the People’ inherent human dignity to form the rights of all men and women regardless of race, religion, and nationality.

Consequently, there exists no title to inherent human “ownership” rights of any individual. “The parasitic pompous and sanctimonious problematic criminal opportunists should scurry along to their fueled and waiting Gulfstream Jet.  Orderly or disorderly, their odor, mental, and physical dysfunctions are imposing the greatest threat to humanity, culture, society and civilization on the planet earth.  These documented and self admitted ‘Too Big To Fail’ tyrants can’t go fast enough to their final destination and eternal bonuses!!