EDITORS NOTE: There have been earlier reports of PKK militant group – Mossad collaboration. The Turks also made the connection almost immediately after the freedom flotilla attack. It has been long known and acknowledged that the Israelis have been involved in assisting and promoting the PKK militant group’s independence, insurrection and “independence” and doing whatever they can to foment dissent and discord between the Kurds and both Iraq and Turkey.
Investigative journalist Seymour Hersh in his 2004 article published in the New Yorker described that Israelis have been training Kurdish militants for use in Iran and Syria for information gathering, sabotage and destabilization operations.

It is the basis of The Great Zionist Plan for Conquest… create dissent and disruption, break down any cohesive form of united government — 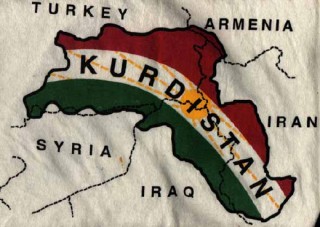 A new classified intelligence report has disclosed links between Israel and the Kurdish militant group, the Kurdistan Workers’ Party (PKK).

According to the report presented at Turkey’s National Security Council (MGK ) meeting on February 24, the PKK has been forging new ties with Israel, and Kurdish militants are receiving training from Mossad officials, Today’s Zaman newspaper reported on Tuesday.

The MGK also stated that it has footage from an interview in which PKK leader Murat Karayilan says his group collaborated with Tel Aviv to facilitate the attack launched by Israeli forces on a Turkish aid ship bound for the besieged Gaza Strip.

The Israeli military attacked the Freedom Flotilla in international waters in the Mediterranean Sea on May 31, 2010, killing nine Turkish citizens on board the Turkish-flagged MV Mavi Marmara, and injuring about 50 others, who were part of a group of relief workers and activists on the six-ship convoy.

Israel also arrested and later released nearly 700 activists from 42 countries that were on board the ships of the Freedom Flotilla, which was attempting to break the siege of Gaza to deliver 10,000 tons of humanitarian relief aid to the people of the territory.

Meanwhile, a senior Turkish security official has said that Israel has intensified its contact with the PKK, especially after Turkish Prime Minister Recep Tayyip Erdogan’s visit to Lebanon in November 2010.

The PKK is listed as a terrorist organization by much of the international community, including Turkey, Iran, the United States, and European Union member states.

Over 40,000 people have lost their lives since the PKK launched its armed campaign against Ankara in 1984.

PKK militants launch their attacks from Iraq’s Qandil Mountains in the areas controlled by the Kurdistan Regional Government. Tel Aviv and Israeli firms reportedly operate in the Qandil mountain range.