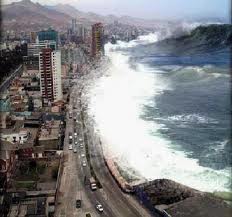 Japan is a sophisticated modern county. Its natural disaster plans have been well prepared and are state of the art* The recent earthquake and tidal wave disasters in Japan are at the catastrophic level. Japanese First Responders are responding to the people. Rescue and recovery efforts are underway. Japan needs help, now!

America responds, as are many other countries.

Statement by Defense Secretary Robert Gates on Japan Earthquake and Tsunami (Below remarks were made to reporters at approximately 12:30 p.m. EST outside the airport terminal in Manama, Bahrain.) “I’ve been kept informed all day long about the tsunami in Japan, the earthquake and tsunami. As best we can tell, all of our people are OK, our ships and military facilities are all in pretty good shape. We obviously have huge sympathy for the people of Japan and we are prepared to help them in any way we possibly can. It’s obviously a very sophisticated country, but this is a huge disaster and we will do all, anything we are asked to do to help out.” (DOD website) America’s Military and First Responders are on the ground and on the way to Japan. Consider the immense commitment from America.

U.S. military forces are working alongside their Japanese counterparts to provide aid as the country digs out in the aftermath of the massive 8.9 magnitude earthquake and tsunami that struck March 11.

“Because of the longstanding and close working relationship between the U.S. military and its Japanese counterparts on a daily basis, the United States military has humanitarian assistance capabilities positioned in the affected regions that are ready to support emergency relief efforts and minimize human suffering,” U.S. Ambassador to Japan John V. Roos said in a statement to the media yesterday.

Dubbed Operation Tomodachi — Japanese for “friendship” — U.S. military assets mobilizing in the area include a wide range of equipment, air, sea, and ground capability and expertise. “We have units from all of our services, with a multitude of capabilities, from medical to communications to civil engineering, poised and ready to support where needed,” Roos said.

Yokota Air Base in Japan was instrumental in recovering airline traffic in the hours immediately following the earthquake, Roos said. Also, Yokota is being used as an alternate airfield for planes that cannot land at Tokyo’s Narita Airport. The air base is also providing food and shelter for displaced Japanese, according to reports.

U.S. Air Force and Marine helicopter and transport aircraft were moved from Okinawa to the U.S. military bases on Honshu. Two SH-60 Seahawk helicopters from the U.S. Naval Air Facility Atsugi have already delivered 1,500 pounds of rice and bread to people in the town of Shiroishi, in one of the worst-hit parts of Japan, according to reports.

Marines and sailors from III Marine Expeditionary Force are supporting relief operations and its subordinate units are providing command and control, aviation and logistics support, according to Marine Corps officials. The troops are capable of providing food, water, transportation and other relief support. The proximity of aviation assets at Marine Corps Air Station Futenma in Okinawa has allowed Marines from III MEF to quickly deploy critically needed supplies and aid to areas that need it most, officials said.

According to reports, the Reagan is serving as place for Japanese helicopters to land and refuel. There are two escort ships with the Reagan and four more destroyers on the way to conduct search and rescue, according to reports. The Tortuga is loaded with two heavy lift MH-53 Sea Stallion helicopters. The USS Essex, an amphibious ship carrying a 31st Marine Expeditionary Unit is still a couple days away.

The USS Blue Ridge, a command ship loaded with relief supplies, has left Singapore but it will get to Japan after Essex. The U.S. Air Force’s Air Mobility Command forces are poised to support relief operations in Japan, according to AMC officials. Numerous AMC aircraft and crews have been placed on alert, according to officials, positioning forces to take-off within hours of receiving the call to support the humanitarian relief effort.

Tanker and airlift aircraft are included in the alert posture. Forces from the 615th Contingency Response Wing at Travis Air Force Base, Calif., are poised to deploy to open and operate airfields and receive and off-load humanitarian relief supplies, according to a release. (DOD website)

The tremendous amount of personnel, equipment and material on its way to Japan will be tested. The need approaches the catastrophic events Japan has not experienced since World War II. Our Forces may be off the Japanese coast and on the ground in Japan for months or even years into the future. As of this writing, many Japanese are receiving aid and assistance directly from the American Military.

America, joined by South Korea, Israel, China, Thailand, Russia, the European Nations, Sudan and many others are sending aid and assistance to the Japanese. NGO’s from America and around the world are responding too. An example of American assistance includes:

The USS Blue Ridge, who is the command flagship of the 7th Fleet, is loading a humanitarian assistance and disaster relief kit and is making preparations to sail from Singapore on March 12. These kits cover the needs of about 10,000 people for three months. (America.gov)

One United States Naval Ship will care for 10,000 Japanese citizens for three months. Fire Fighters, Emergency Medical Personnel, Law Enforcement, Public Works, Public Communications Experts and others are on the way to or already on the ground in Japan. They are from New York, New York, the State of Washington, Hawaii, Alaska, Texas, California and other American Cities.

We live in a great and generous country. America rebuilt Europe following World War II. Americans will rise to the occasion again and working with the Japanese people and other countries, we will rebuild Japan.

* Author has background in natural disaster preparedness planning and response.
** Deceased persons are recovered not rescued. I understand the sensitivity of this issue. This is an explanation – to a very limited degree – of disaster response processes.
*** NGO – Non Governmental Organization