Home WarZone Peace is not yours to give, Mr. President 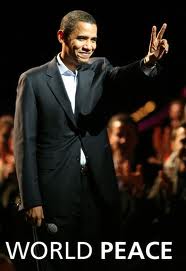 But hope is certainly yours to take away

As I listened to a friend and colleague in Afghanistan a few days ago, the difference I discerned in his voice from previous conversations was visceral. That he unswervingly and joyfully dedicates his every thought, word and deed to advocating for peace in Afghanistan through peaceful means made his tone and tenor all the more heart-wrenching. Our phone connection was not clear, but I thought I heard him say something akin to: I never thought I would hear myself say that the Afghan people need hope now more than they need peace. What I know I did hear him say distinctly, however, was: “The people have nothing to lose now. They are being killed anyway.”

That you, Mr. Obama, are now singularly responsible for stealing the hope of the ordinary People of Afghanistan is an abomination. That you continue to steal it in the way that you do, however, is a crime of the deepest shame. I have come to know my friend well enough to know that he does not “hurt” for himself because of the hopelessness and pain you inflict, but rather for each and every individual person who makes up the “ordinary” People of Afghanistan: the infants and small children, the youth a few years older, the elders, the women who care for all, and the men who now find themselves having to protect their families against you. Such is the legacy you have created for yourself.

For his safety, my friend’s name shall remain anonymous, but his sentiments shall not, if I have anything to say about it, Mr. President, which I do. (See, First Amendment to the United States Constitution: Right to Petition government for Redress of Grievances.)

As you may or may not recall, you based your campaign to be the president of this nation on the premise and promise of “hope.” The ironies here abound. The ironies here are sickening. I am not unaware that you inherited a “war” already in progress in Afghanistan on your first day in office. But such inheritance is not a defense to any concern of mine. And nor was it, nor is it, apparently, any concern of yours. You were eager to utilize this war and you championed it. You campaigned to be the supreme military commander of it. You criticized your predecessor for not paying enough attention to it. You committed to send more troops to it even before having the elected authority to do so, and you touted it as the “good war”, in juxtaposition to Iraq, the ostensible “bad war.”

Peace is not yours to give to Afghanistan, Mr. Obama, and it never will be, no matter if you stay there until kingdom comes. Peace is a choice and it is a choice you have no standing to make in that place. Peace will come, or not, to Afghanistan and to every Afghan, from within, by and through their own choices, not by the erstwhile beneficence of whether you choose to war there on any given day in their name. Your only possible contribution to peace in Afghanistan can be to get out of the way of the only people capable of creating peace there. Simply get out of the way, for peace can never come…choices can never be made…non-violence can never be “practiced”, Mr. President, while you murder and maim, while you occupy, destroy and desecrate a people whose hope you have stolen.

About the Writer: Kathleen Kirwin is a trial attorney specializing in high-level civil rights and criminal cases and is currently based in Sarasota, Florida. She also practices international human rights and criminal law and has been an anti-war activist for the past 40 years. Kathleen can be contacted at [email protected]. Her new website, The Revolutionary Legal Front,is under construction and will be online soon.