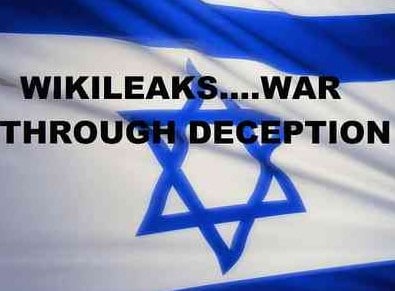 WE KNOW WHO YOU REALLY WORK FOR….THE 9/11 COVERUP “TWINS”

Back in October 2010, Veterans Today, after an analysis of Wikileaks material, ascertained that they were working for an intelligence agency in cooperation with controlled news outlets, not only censoring but planting phony intelligence as well.  In December, even Zbigniew Brezinski, “grand old man” of “chessboard” geopolitics, cited Wikileaks as “pointed..seeded…by an intelligence agency.”

Listening to Australia’s Prime Minister Julia Gillard and Julian Assange, both “Israel firsters” and, by some strange coincidence, 9/11 “denialists” pretend to attack one another in a carefully scripted and decidedly hokey TV interview…well, watch for yourself:

Our own analysis tied Assange to Israel and showed him to be working hand in hand with the New York Times, the Guardian and other papers, hiding a Israeli agenda of war on Iraq, war by “others,” behind sham whistleblowing.

Wikileaks was and is chickenfeed, always ready to pat itself on the back and take credit for everything from the revolution in Tunisia to stopping the nuclear meltdown in Japan.    Wikileaks has only one real purpose, to bring about a war with Iran.  As a sideline, it waits for instructions, evidence points to Tel Aviv though Wikileaks may serve any master with enough money, as long as Israel gets their cut.

If any person understands Wikileaks and Australia, it is director Tony Lawson.  Julia Gillard is a “man with a mission,” that’s for sure.  Nothing in that mission involves anything good for Australia, that’s for sure also;

When Wikileaks was exposed, many members of the “independent” press, including conspiracy websites, were exposed with it.  “Journalists” who tied their wagons to Julian Assange’s star survived the first revelations but as they became a deluge of censorship, bias and buffoonery with a dash of war mongering and right wing extremist politics added in, covering for Julian Assange became more than a liability, it became death.

For some of us, Wikileaks has been a gift from heaven.  When Israel “tasked” key “assets” with defending Wikileaks, in the most ‘ham handed” manner, it exposed more of their penetration of the media than anything before or since.

For those astute enough to be real “players,” Wikileaks has given the world a litmus for deception.   Credibility can now be measured accurately.  The date a journalist came out against Wikileaks tells us how courageous or cowardly he (or she) is.  Those who never came out at all simply lost their seat at the table.

We expected Israeli Jon Fain, a not so independent journalist, to go after Kevin Bracken.  What Fain and Gillard didn’t expect was the people of Australia to turn on them like ravenous dogs.  Thanks mates!

Yesterday, law professor Alan Dershowitz called for Israel to bomb Iran.  Dershowitz, a mixed bag of brilliance and selective morality is a bit of an enigma.  Dershowitz isn’t Assange or Gilland.  What we do see is drumbeating for war.  Just enough time has passed for Wikileaks to be resurrected.  A stake was pounded into the heart but the head was not removed.

9/11 is now being hung on Israel’s door and a war with Iran is becoming increasingly unlikely.

Wikileaks will be called on again, wait, watch.