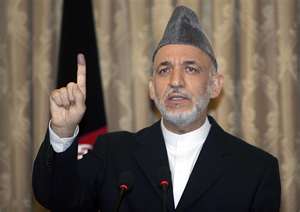 Compelled by enormous human lose, billions of taxpayers’ dollars, American prestige and the deadline set for the withdrawal of all troops from Afghanistan Gen. David H. Petraeus had this to say to the Senate’s armed services committee “The momentum achieved by the Taliban in Afghanistan since 2005 has been arrested in much of the country and reversed in a number of important areas,”.

He made this claim only a few days after an attack on an army recruitment centre in the north which resulted in the killing of dozens of people and another suicide attack in which the provincial police chief of Kunduz was killed. Kunduz is in the north, a region that is considered relatively safe compared to the rest of the country. Since January this year Taliban have been able to carry out several attacks to prove that their capabilities and operational reach is expanding, in contradiction to the general’s claims.

Taliban attacks in Kundoz have been considered a reprisal of killing 9 children in Kunar province by NATO-led troops in recent weeks. The powerless Afghan president Hamid Karzai brought to power by the west and elected through an election process riddle with fraud, while parading the injured children from NATO airstrike on national TV in protest, seemed more helpless than the parents of those children. In another TV appearance to the nation his Excellency even went to the extent of crying, but he cannot be fired as too much lives and American dollars has been invested in him, and there seem to be no suitable alternative as yet.

In the last ten years billions have been spent and lives have been lost in attempts to support a government that is corrupt and lacks capacity. For example, the employment of a director of civil services commission costs several hundred thousand dollars. One of the commission’s lucrative money making ventures is the appointment of governors, which is carried out by a complex web of political and financial favoritism with the president’s blessing.

The Afghan security forces are no different and so for example illiterate warlords are promoted to the ranks of generals and police chiefs because of personal favoritism and like everything else, the rush to complete the mission by 2014, even known drug addicts are allowed to become the security forces. Needless to say, given their condition, no amount of money or training can guarantee that a security force in part run by drug addicts will be able to take over security responsibilities by 2014. After ten years of suffering under an incompetent puppet regime of warlords Afghans have no choice but to turn to Taliban’s swift and efficient shadow governments for justice in many provinces.

Things are not much different in other part of the Muslim world; a poverty stricken Tunisian young man called Mohammed Bouazizi burned himself outside the governor’s building which sparked the current Middle Eastern revolution. The problems in Middle East are not easy fix and could take a decade to solve, which is only if only sound economic measures are taken. But as the opposition group pushing for change is mainly formed by left-wing ideologists who have nothing to offer but talks about citizens spiritual needs, hence most of the those youths protesting on street with high hope of revolution will most certainly be disappointed, and extreme frustration often leads to fanatic extremism.

Imposing western style democracy like Iraq and Afghanistan by means of invasion is not the solution to the frustration of these poverty driven young Muslims either, most that can happen a dictator will be replaced by a puppet. If Libya was to be invaded to help Gaddafi opposition brought to power, there will be a large number of people in the Muslim world who will question to why does Bahrain, Yemen and Saudi don’t get the same treatment from the UN and US, and plus democracy does not always bear the fruits that we like it to bear as illustrated by the way free and democratic elections paved the way for Hezbollah to defeat Hamas in Palestine.

For success in Afghanistan, the first and most important thing would be to create the fundamentals for an honest Afghan government; the kind of administration that Afghan people believe as their own and worth fighting for, Or else, as General Petraeus himself admitted, the Afghan success is fragile yet reversible.

There is even a better chance of creating a sincere government with Taliban in power than the current corrupt regime, but any talks with Taliban should not be just compelled by the collation forces failure in Afghanistan and meeting the 2014 withdrawal deadline, but should take into account the legitimate aspiration of afghan people providing them security, economic prosperity, their basic needs such as food, clean water , health care, equality, justice, housing, education, jobs, and the state equally holding itself accountable to the people before giving out severe punishments which was the case during the previous Taliban rule.

About the Writer: Lmar Ghaljai, born in Shewaki , Kabul Afghanistan. Like many other Afghans, he was forced out of Afghanistan by decades of civil war and foreign invasions that has ravage the country and its institutions. He came to London UK as young unaccompanied migrant. It had been his only ambition in life to be able to ease the suffering of his people somehow, someday. Despite having no proper schooling in Afghanistan, he knew the importance of education and its implications of being benefit to his people, he was able to get into a degree program with distinction and eventually achieve master degree in Management and Administration. In 2009 he returned to Afghanistan to fulfil his dream of serving his people and ever since has been working as institution reform advisor to the Afghan government.

Hanan Habibzai, an investigative journalist with more than ten years’ experience in global journalism has covered the US invasion of Afghanistan, the fall of the Taliban regime and post-Taliban developments, including the rise militancy in the country.