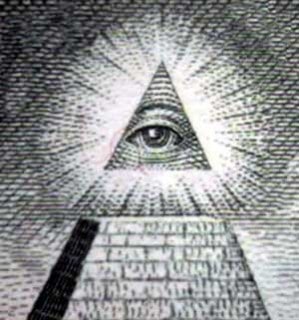 A complete anomaly by an individual that heads the monolithic private puppeteer organization that controls the entire wealth values assets and labor of ‘We the People.’ Announces fears of dire consequences. REALLY!!!!! what great timing.

Mr. Fisher is a real life allegory to Mr. Carlo Collodi c.1883 author of “Geppetto a Fictional Character Who Creates Pinocchio.” In other words Mr. Fisher is an author of an illegal organization that circumvents the US Constitution Article 1, Section 10. “The U.S. Treasury only shall Coin money.” No State Shall make any Thing but Gold and Silver coin a Tender in Payment of Debts. A real live puppeteer working the strings of the DC executive branch DOA wood chucks.

Subsequently, Mr. Fisher negates, documents, and self admits to a lifetime of under achievement by subversion and fraud of the Laws of United States of America. An individual dedicated to total motivation and goals that are treasonous to the detriment of a Nation of Laws and its citizenry. No Nation that takes second position to a private corporation entity can ever be a Free Sovereign Nation. see Federal Reserve Corporation Fraud.

“In the United States we have, in effect, two governments….We have the duly constituted Government….Then we have an independent, uncontrolled and uncoordinated government in the Federal Reserve System” Congressman Wright Patman, Chairman of the House Banking & Currency Committee, speech on the House floor, c.1967

Since its inception c.1910 the U.S. wealth value and political systemic levers is controlled and continues to effectuate the total collapse of the USA. Federal Reserve Bank of Dallas Fisherwho knowingly implements 100 years of Dead on Arrival [DOA]policy inadvertently alerts the masses of humanity. By virtue of pretense whistle-blowing while attempting a half hearted masking of the very existence of his illegal organization, gigantic trust, cartel, and monopoly over absolute autonomous control of America.

A senior Federal Reserve official warned today that America is going broke as fears grow the Libyan bombardment could cost more than $1 billion. With the U.S. now fighting three wars, the massive new military drain on the budget could not have come at a worse time as the nation is trying to claw itself out of recession. The first day of Operation Odyssey Dawn had a price tag of well over $100 million for the U.S. in missiles alone, according to estimates. Read more here Daily Mail.UK

Consequently, Mr. Fisher by documenting his organizations century of flawed DOA quotes “Fed has done its job, pressure is on lawmakers.” A Fed policy that has now reached mathematical impossibilities with no recourse at recovery. Shamelessly, attempts to divert attention away from the daily psychological assault and dialogue of “major cuts on domestic Social Security, Medicare, retirees pension funds, civilian, and veteran support systems.” Notwithstanding, by his actions alone deflects all potential focus away from lower Manhattan’s crime organizations looting of US Treasury, theft of American citizenry labors, and pretext wars against humanity for all natural resource assets on the planet. Failed ideology continues in perpetuity as “Gates declares open ended war in Libya.” 23 Mar 2011 Posted by Press.TV

Major mainstream corrupt media clowns and bag men siren strong propaganda by selling the debt entitlement hoax to condition the U.S. citizenry to blind acceptance of illogical outcomes. Suspensions and downsizing of funds required to be returned by law to the current retirees pension funds citizenry and veterans support programs are currently on high radar alert. The onslaught of baby boomers, retirees, and the military support systems who paid into these systems, through withholding taxes, all their working lives.

The fundamental core values of the USA are gone and replaced with a constant barrage of repetitive ultra hype false narrative jingoistic copy.  American underachiever class and Too Big To Fail ivy league alibis have trashed the U S Constitution Articles Bill of Rights and its citizenry for quick power and outrageous illegal profits. A ultra supreme false narrative of “military war of annihilation against sovereign nations to save them from themselves. An announcement from Homeland Security a film documentary for national sports events titled “If you See Something, Say Something”

Get a grip on reality underachievers at the Federal Reserve Corporation and Homeland Security. Stop negating obvious responsibilities by ignoring and dismissing the Nations laws as defined in the US Constitution. This includes the current evisceration of the Articles Bill of Rights. Look in the mirror “say something” admit and report corporate and military industrial favoritism eternal war against humanity.

The pinnacles of organized crime that repealed all safeguards and barriers to corruption revoked government law agencies to investigate anomalies and ambiguities in the financial and banking industries are now directing energy in attacking retirees Social Security Medicare pension funds. Furthermore, by operating fear tactics of US bankruptcy deflecting from outrageous criminal activities they currently are in the process of raiding our hard earned wealth and labor.

Refrain from robbing and accusing US citizenry as complete fools by deflecting onus of bankruptcy and terms such as “useless eaters” and “useful idiots.” Halt all foreign interventions and mass murder of civilians by expending taxpayer wealth and labor $trillions of dollars . Pay extra close attention to a basic tool not provided at higher achieving learning centers. A tool that is required before entering public service with arrogant imperious attitudes i.e. “Before opening mouth always engage brains”