We give Israel tens of billions in arms and bombs, let us give the people of Gaza some hope. 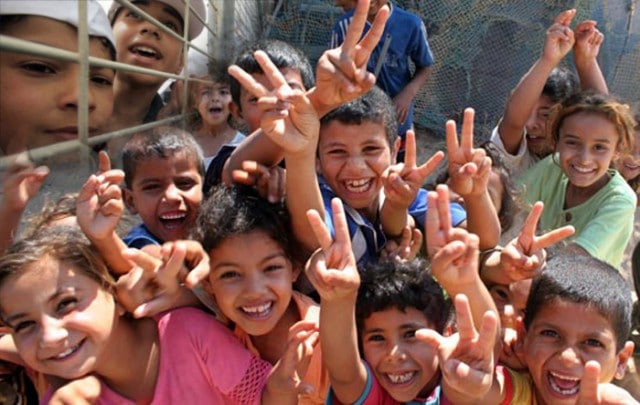 I am sure the Americans and the Europeans will be very pleased if Abbas of Ramallah and Haniyeh of Gaza announced to the world their willingness to entrust the management and operation including security for the Port of Gaza to the Americans and NATO. Let America manage and operate the port making sure only constructions materials, food supplies and consumers goods comes through the port. Let Americans and the Europeans break the siege of Gaza and end once and for all the Israeli Occupation of Gaza that has lasted some 42 years.

Let America and Europe operate all of the security measures, not to Israel’s satisfaction but to the American and European satisfaction that all materials coming through are for civil purposes and nothing to make atomic weapon out of.  And yes, let the Swiss President and other nations push the new government of Egypt to open the Rafah Crossing for all goods and people and let Israel close its borders crossing with Gaza depriving influential officials in Ramallah of transit commissions and let the Gaza Port become if not the only access then the main access to Gaza. Let the world this time end the siege of Gaza. Israel, Hamas and Fatah must not hold the people of Gaza hostage to their own agendas. And yes, let the US Navy, NATO and US Coast Guard patrol the coastlines off Gaza for good measure making sure there is no smuggling of any weapons into Gaza, and ensure there is no smuggling of illicit goods in or out of Gaza.

The Gaza Reconstruction Conference which closed more that 2 years in its closing statement called on Israel to open with immediate effect all crossing for all humanitarian aids and for construction materials needed for the massive work ahead, of course nothing happened. Somehow every one in the conference including the Arabs forgot the geography of Gaza and that Gaza has some 50 km of shoreline and has a seaport.

The newspapers carried accounts of the secret list of forbidden or restricted items Israel concluded as threats to its own security including “pasta, pasta sauce, lentil and hearing aids”.  Senator John Kerry, the Chairman of the Senate Foreign Relation Committee had to inquire with Ehud Barak, Israel’s Defense Minister, why “pasta” is a restricted item? This should tell the world that Israel’s continued siege of Gaza has nothing to do with its security but is an act of vengeance and collective punishment for the people of Gaza of course with support of the US, Europe, Mubarak of Egypt and Ramallah. We also need to keep in mind that Israeli suppliers get paid for every thing they send to Gaza, while Palestinians’ goods are subject to the whims of “Israeli officer” at the crossing where tens of millions of citrus fruits, flowers and vegetables sit for days to rot, as deliberate acts of punishment.

My plans for opening Gaza Port calls for creating a secure staging area in Cyprus under the total control of US Navy, US Coast Guard, Home Land Security, and NATO forces where all goods, materials and personal into or out of Gaza will to be processed through this staging area.  I am sure Israeli friends in the US can trust the US to do the right thing for Israel.

In Gaza a similar secure staging area will have to be set up under total UN supervision and control where again all goods and personal will come through this area for processing. I see no reasons for the US and NATO presence not to have a presence in conjunction with the UN. The Conference of Islamic State in conjunction with UN can deploy troops in Gaza making sure there is no interference from Hamas or any of the militias running loose in Gaza.

The sea corridor between Gaza and Cyprus can be patrolled by joint forces of NATO and the US, Israel for good measures can also be part of this patrol but the tactical and field decisions should be made by the US commander not the Israeli commander.

Hamas, Fatah and the PLO must no longer hold the people hostage to their own agenda and must give total acceptance and full cooperation to this plan.  Holding the people of Gaza hostage by Israel, by Egypt  and yes by Fatah/PLO and Hamas is a crime that no one should tolerate any more. It is time for the people of Gaza to take charge of their own lives with a chance to rebuild what was destroyed in a war where so many local and international parties were conduit with Israel.

It is time to put the tunnel business out of business, where militias impose their own taxes to fund their operation. If Hamas and Fatah give a damn about the people of Gaza as they claim then both should support this plan and it can be the first step toward reconciliation, now that Israel’s ally Mubarak is no longer in charge of the Palestinian file. It is now time for the American leadership to show its leadership not only for the people and oil of Libya but for the poor and desperate people of Gaza, long forgotten by the world. We give Israel tens of billions in arms and bombs, let us give the people of Gaza some hope.