The tragedy of  U.S. ‘Ship of Fools” empire; an allegory that depicts a vessel populated by human inhabitants who are deranged, frivolous, or oblivious. Passengers aboard a ship without a pilot, and seemingly ignorant of their own direction

In the Hieronymus Bosch “Ship of Fools” Oil Painting (c.1490-1500), we see an objective metaphor of the 21st Century American global empire of flawed self imposed subjective perception of history.   This “ship of Fools” by self anointed failed human leadership is a counter intuitive subjective methodology.

Deranged human inhabitants steering their rudderless ship of state populated from stern to bow with frivolous citizenry ignorant of their direction and demise.  An objective metaphor for flawed domestic and foreign ideology that transposes directly to a “Ship of Fools” results in igniting its very own self destruction and deep Titanic sinking demise.”Truth hurts, Lies kills. Real truth behind the phony wars” Video by Dr. Dahlia Wasfi.

Self admitted statement by gross documented incompetent fools like Donald Rumsfeld, Dick Cheney, George W. Bush and the Zionist Power Structure (ZPC) for all on display.  Read the following:

The ZPC/NWO dysfunctional corrupt regime by their documented and self admitted deranged actions, ignorant of any direction or final consequences, accelerates the U.S. ship of state absent a pilot at the helm.  Meanwhile, an article exposing absolute and total lack of U.S. negative self perception:  “Obama has been using air strikes and drones against civilians in Afghanistan, Pakistan, Yemen, and probably Somalia.  In his March 28 2011 speech, Obama justified his air strikes against Libya on the grounds that the embattled ruler, Gaddafi, was using air strikes to put down a rebellion.” “How does a person as totally absurd as Obama expect to be taken seriously?” “Obama raises American hypocrisy to a higher level” Posted by Dr. Paul Craig Roberts

“[1] First systemic blow, the greatest debt in recorded history. By deflecting the $trillions of debt reliance for 65 years on China and Japan’s investing in U.S. ‘full faith and trust’ in a corrupt regime. Confirming the U.S. absolute unreliability and incapacity of funding its domestic routine programs and overseas commitments without resorting to massive help from the creditor nations of China and Japan, along with other numerous countries. “Electronics Market faces shortages, Japan Closes factories in China”

China by holding US Treasury worthless fiat paper debt relegates itself to bankruptcy.  Japan with its nuclear disaster becomes basically a non-producing entity to the U.S.while its wealth and assets must be directed exclusively to a hopeful recovery.  Instantaneously, the illegal cartel monopoly and trust Federal Reserve power ignores their debit and credit ledgers and continues to issue fiat counterfeit worthless paper IOU’s.

Therefore,  the U.S. initiates a deranged policy of preemptive eternal war against humanity for six decades by incurring the greatest debts in history ignoring it’s historical facts of the greatest creditor nation in history.  Ratcheting up immense debt, with no intention of repayment or recourse options.  In c.2002 with the invasion and occupation of Iraq and Afghanistan diverting $trillions of funds from the U.S.Nation and its citizenry.  Currently adding an outrageous racial war against Middle East and North Africa indigenous peoples, for confiscation of natural resource assets, with unconstitutional war against Libya.  Incurring infinite debt accumulations to further consolidate finite commodity cartels and monopoly of price contracts.

The ZPC/NWO self inflicted catastrophic calamity exacerbates unsustainable infinite debt levels and the mathematical impossibility of any recovery. Their subjective “Divide et Imperia” methodology is exponentially increasing the impending collapse of empire by diverting theft and confiscation of U.S. citizenry and global masses, finite natural resources, assets, labor, and property to the phony war on terror parody deception.  A phony war on terror deception that is currently implemented on the unsuspecting frivolous and directionless U.S. Nation and its citizenry

[2] The second systemic blow is the traumatic injury to the U.S. citizenry.  Assault of taxpayers finite value wealth and labor commences in 2008 with the onslaught of the financial and economic meltdown. Caused by the illegal paramount cartel Federal Reserve Corporation, at the helm, holding supreme global power with manacles on rigged markets and financial systems. An illegal trust operating against legislation of the Sherman Anti-Trust Act c.1890 and to the detriment of ‘We the People.’

Deflecting the cause and resulting phony meltdown on citizenry who purchased more than they could afford false narrative.  Ignoring the manufactured worthless fiat counterfeit paper pyramid and air bubble of packaging and repackaging toxic IOU bonds on the unsuspecting global market place. Creating havoc and revoking all safeguards to theft and illegal confiscations in the worlds markets.  The zenith of power and control replaces the $trillions of criminal and illegal gambling bets and losses by forcing a welfare bailout on imaginary U.S. taxpayers. Thereby directing focus away from lower Manhattan’s parasitic criminal crime organizations. “13% of U.S. residential homes are vacant” Yahoo News 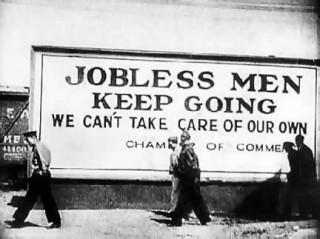 The phony mortgage financial banking pyramid scheme.  Resulting in the greatest housing meltdown scam and welfare banking bailout theft debacle since the Great Depression of the 1930’s.  Manufacturing deceptions that rigged and controlled markets create capitalist industrial production and profits. Conversely, while pretext free market correction meltdowns, or self induced self inflicted grand parasite gambling bets and losses, need to be reimbursed under the forced welfare alibi ‘Too Big To Fail ‘ comedic parody.

Furthermore, the ‘Ship of Fools” piloted by parasitical sociopaths is relegated to second class status by a philo-affinity for a ‘select exclusive special interest group’ A select exclusive special interest group the Zionist Power Structure. ZPC/NWO currently in the process of shaking down American citizenry for $20 Billion in additional aid.  This shakedown is occurring while American is robbed into bankruptcy collapse and self destruction. “Israel needs aid like American taxpayers need a hole their pockets“(Dr James Petras at VT)

[3] The third final and last systemic blow is the troublesome and enigmatic cant of U.S.response to world catastrophic events. The growing uselessness of the huge US military machine in crisis after crisis.  It is becoming obvious that it is of virtually no use in enabling the U.S. ZPC/NWO to influence events for a one world government. The hysterical continued and illogical use of the broken 20th Century jingoistic military and 19th Century gunboat diplomacy. Attempting to influence the world masses is accelerating misery, death, destruction, genocides and bankruptcy by deflecting $trillions in resources.  Diverting wealth, labor, assets, value, and property of the U.S. Nation to parasitic high official criminal incompetence and an illegal problematic corrupt crony regime.   “EPA helps mainstream media obscure to the truth about radiation exposure to Americans.” Posted by Branden Turbville Activist Post.

Consequently, in the face of current political and natural disasters from three systemic self inflicted blows.  Response is knee-jerk 19th and 20th Century bombardment indicating extreme moral and financial bankruptcy of U.S empire.  A pathetic reaction that is highly ineffective to control controversial and negative world opinions and settle political crisis with more war and destruction on humanity. “Will America handle fall of its Empire in the Middle East”  Posted by Telegraph.uk/news

Simultaneously, eviscerating the nations laws, financial, economic, and banking systems. By diverting focus away from U.S. megalomaniacs, sociopaths, and homicidal self implosion complexes.  Deep complexes of unaccountable U.S. human torture, repeal of 800 years of Habeas Corpus, dismissing International Law, ignoring humanitarian rights to self dignity, deflecting parasites living off its host by circumventing the supreme laws of a Nation by revoking the U.S. Constitution and Articles of Bill of Rights. “Rebellion hit America, Michigan governor goes Gaddafi.”  Posted by VT

A deranged preemptive dynamic inflicting environmental and humanitarian catastrophic consequences. The accelerated use of depleted uranium ordnance.  Illegally expending, finite U.S citizenry assets, wealth, and property, assaulting sovereign nations and indigenous peoples with poisons and toxins lasting 4.5 billion years.  Dismissing natural calamity of Japan’s radiation traveling in the atmosphere by acceleration of wars to expend more mass radiological/biological destruction.  Homicidal complexes that result in the last 65 years under the counterproductive and stupidity of ZPC/NWO subjective methodology.  The U.S. has gone from the greatest creditor nation to the greatest debtor nation in recorded history.

The flagrant and homicidal U.S. policy demonstrates documents and self admits to the masses of global citizenry that America regards its violations, thefts and confiscations, illegal wars, and genocides above all natural, religious, and humanitarian laws with contempt.  The U.S. empire will not fade into the sunset easily, as the last century clearly shows, without self implosion and inflicting great harm to its own nation, the environment, and global humanity.