In his Farewell Address given in 1796, George Washington warned of “combinations and associations” which might succeed in substituting their own desires for “the delegated will of the nation.” 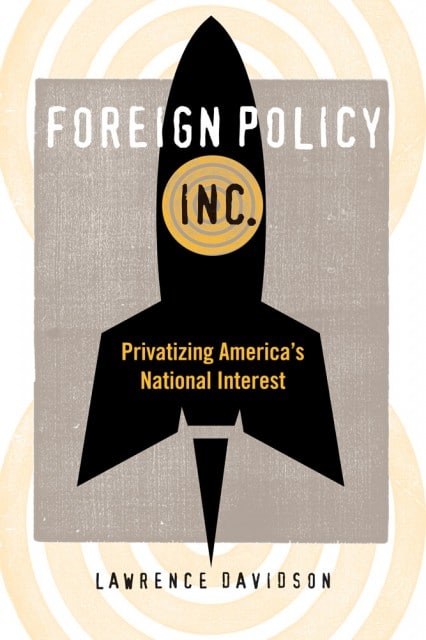 In a piece titled Lobby, Lobbification, Lobbified (16 April 2011) I asserted that lobby power has corrupted the legislative branches of government particularly at the federal level. How and why this has happened needs further explanation. Most people point a finger at the corrosive impact of money and that certainly plays a pivotal role. It is extraordinarily expensive to run for any major office at either the state or national level, and increasing numbers of our candidates come from the super rich. Lobbies or special interests also supply a lot of the money a politician needs to fund repeated election cycles. However, the problem presented by special interests is still more fundamental.

I – The Structural Problem

The influence of lobbies and special interests is a structural part of our system and has been so since the founding of the nation. This being the case, the United States is not really a democracy of individuals. Rather, it is a democracy of competing interest groups or factions. In my book, Foreign Policy Inc. (U. of Kentucky Press, 2009) I coin the word “factocracy” to describe the real nature of American politics.

The country’s founding fathers were acutely aware of the nature of factocracy and they feared its influence. In his Farewell Address given in 1796, George Washington warned of “combinations and associations” which might succeed in substituting their own desires for “the delegated will of the nation.” James Madison dedicated his Federalist Paper number 10 to the issue of factionalism within the republican environment. He feared “men of fractious tempers, local prejudices or of sinister designs” who would “betray the interests of the people” by “intrigue” or by “corruption.”

Madison attributed the tendency toward factionalism to human nature. The pursuit of self-interest spurs faction formation and therefore its “causes cannot be removed.” So one is left with the task of designing ways to control it. Madison was of the opinion that the new born United States was a big enough conglomeration of groups that, if its governing institutions were properly arranged, the nation’s large number of competing interests would check each other. Also, the country was, in his opinion, territorially large enough that “those who may feel a common sentiment have less opportunity of communication and concert.” So, in his work on the nation’s constitution he built in representative bodies with what he felt to be sufficient numbers of delegates to make the domination of one or a few factions difficult and augmented this with checks and balances between different parts of the government.

Unfortunately, Madison’s efforts have failed. Technology solved the communication problem and powerful factions formed not only in the legislature but also outside of it. Lobbies and special interests concentrated on the particular aspects of policy that interested their members and became so numerous that one or another special interest now influences all important aspects of both domestic and foreign policy. Presently there are over 11,000 lobbyists in Washington DC and they spend about $3.5 billion annually to assure that their parochial interests stand in for the national interest. Indeed, it is hard to recognize the national interest amidst all the special interest clamor.

II – Just who are the constituents?

Here is another way to understand this phenomenon. One might ask, who are a politician’s main constituents? At election time there is no doubt that the voters play that role. At that time all politicians focus their speeches, media measures and other propaganda on the voters. The candidate who wins this information combat (please note that campaign information need not be accurate or objective) and best organizes voter turnout wins the election. However, after the election the importance of the voters temporarily recedes. At best the now elected politician will perform a holding action with the voters. He or she may establish local offices to hear voters’ complaints and needs. This office may even assist the voters in solving problems concerning the government. But these will be low end delegated tasks. Between elections the real constituency on which the politician focuses his or her personal attention are the special interests that can supply large donations. It is these constituents that make it financially possible to engage in the organizing and information combat that goes on at election time. As the system presently operates, electoral victory would be very difficult without the support of the lobbies. Thus, these between election times constituents are in very good position to strike a deal with the politician that will strongly influence his or her legislative voting and/or policy formulation behavior.

Sometimes there is an overlap between the special interests and the election time voter. For instance, in some states defense contractors such as Boeing or General Electric are major employers and Senators or Representatives from such states who vote to lower the budget of the Defense Department may be seen as working against the interest of both the corporation and its employees. That is, against the interests of a major campaign donor and a relatively large group of voters. It is obvious how hard it would be to operate against these interests. However, at other times the special interest may have nothing to do with the economic welfare of the state or district in question. Such a lobby may have simply struck a bargain that trades its financial donations and media clout for the politician’s legislative support. That is the case of the Zionists and similar lobbies.

Here is how a special interest such as the Zionists might operate. Let us say you are a new Senator from some U.S. state that has only a small number of Jewish voters and but scattered pockets of Christian Zionists ones. You come to Washington, DC and soon thereafter are visited by someone from the American Israel Public Affairs Committee (AIPAC). They explain that they can encourage both Jewish and Christian Zionists from around the country to contribute to your campaign fund and mobilize local media support for you often at their expense. As to the Jewish or Christian Zionist element among your voting constituents they will promise to get those voters out for you. In exchange, all you have to do is vote in a pro Israel manner in the Senate when required.

Chances are you know little about the Middle East in general and the Israeli-Palestinian conflict particular. Except, of course, you have grown up in the same pro-Israel informational environment as the rest of the American population. The conflict seems not to be a voting concern with the majority at home so taking up the Zionist offer apparently will not alienate anyone. So what do you have to lose? Even if you are one of the exceptional politicians who pay attention to complaints about Israeli barbarism and give them credence, and therefore are not inclined to take up this offer, the consequences of declining might cause you to hesitate. For if you say no to the Zionists they simply go to your opponents. Not just to the opponents in the competing political party, but also to whomever is your competition in the next primary election. From wealthy and powerful potential allies the Zionists could instantly become wealthy and powerful potential enemies. And they have a known record of success at defeating those politicians who will not cooperate with them.


In truth it is a Faustian bargain. Once you sign on with a special interest such as the Zionists they soon become a primary constituent of yours, not only between elections, but also at election time via their media and voter mobilization efforts. They soon become a central part of your team. You no longer look to the State Department for information about the Middle East or the Israeli-Palestinian conflict. Now all that comes from AIPAC and similar sources. Thus your deepening dependency on this lobby is not just financial but also informational. They have melded your world view with theirs. Congratulations, you have been officially lobbified.

ABOUT THE AUTHOR: Dr. Davidson is the co-author of A Concise History of the Middle East and author of America’s Palestine: Popular and Official …Read Full Bio