Home Government WHY I am a Citizen of Conscience for U.S. House of Representative... 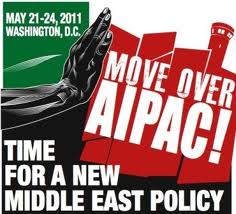 One must not just act locally and think globally, for to whom much is given, much more is required and INTRODUCTION here:

Citizen of CONSCIENCE for House of Representatives 2012

I have taken a few liberties with King’s masterpiece, added a few words of mine in bold and offer it as the seeds for:

I am on the internet because injustice can be expressed here. I am cognizant of the interrelatedness of all communities and states. I cannot sit idly by in comfort and not be concerned about what happens in Israel Gaza Palestine.

Injustice anywhere is a threat to justice everywhere. We are caught in an inescapable network of mutuality, tied in a single garment of destiny. Whatever affects one directly, affects all indirectly. Never again can we afford to live with the narrow, provincial “outside agitator” idea. Anyone who lives in the world can never be considered an outsider anywhere within its bounds.

In any nonviolent campaign there are four basic steps: collection of the facts to determine whether injustices exist; negotiation; examining one’s motives and acting on conscience with direct action.

Nonviolent direct action seeks to create such a crisis and foster such a tension that a community which has constantly refused to negotiate is forced to confront the issue. It seeks so to dramatize the issue that it can no longer be ignored I am not afraid of the word “tension.” I have earnestly opposed violent tension, but there is a type of constructive, nonviolent tension which is necessary for growth.

Lamentably, it is an historical fact that privileged groups seldom give up their privileges voluntarily. We know through painful experience that freedom is never voluntarily given by the oppressor; it must be demanded by the oppressed. We must come to see that “justice too long delayed is justice denied.”

Segregation [Translates to Apartheid in Afrikaner] distorts the soul and damages the personality. It gives the segregator a false sense of superiority and the segregated a false sense of inferiority. Segregation, to use the terminology of the Jewish philosopher Martin Buber, substitutes an “I it” relationship for an “I thou” relationship and ends up relegating persons to the status of things.

Hence segregation; apartheid, conscription and military occupation is not only politically, economically and sociologically unsound; it is morally wrong and sinful. Paul Tillich has said that sin is separation. Is not segregation an existential expression of man’s tragic separation, his awful estrangement, his terrible sinfulness?

One who breaks an unjust law must do so openly, lovingly, and with a willingness to accept the penalty. I submit that an individual who breaks a law that conscience tells him is unjust, and who willingly accepts the penalty of imprisonment in order to arouse the conscience of the community over its injustice, is in reality expressing the highest respect for law.

Everything Adolf Hitler did in Germany was “legal” and it was “illegal” to aid and comfort a Jew in Hitler’s Germany.

Oppressed people cannot remain oppressed forever and if repressed emotions are not released in nonviolent ways, they will seek expression through violence; this is not a threat but a fact of history. [End of Letter from Birmingham Jail]

In his Letter from Birmingham Jail, King reminded his fellow clergymen that Jesus was an extremist for love who taught his follower’s to “Love your enemies, bless them that curse you, do good to them that hate you, and pray for them which despitefully use you, and persecute you.”

King recalled to his fellow clerics that the Hebrew prophet Amos was an extremist for justice: “Let justice roll down like waters and righteousness like an ever flowing stream.”

The world is pulled to change by extremism and our only dilemma is what will we be extremists for? Hate or love? God or State? The preservation of injustice or the extension of justice; equal human rights?

The clinging to the status quo is a form of extremism for all around US are the deep groans from the oppressed, as King addressed from his jail cell:

Few members of the oppressor race can understand the deep groans and passionate yearnings of the oppressed race, and still fewer have the vision to see that injustice must be rooted out by strong, persistent and determined action. Too many others have been more cautious than courageous and have remained silent behind the anesthetizing security of stained glass windows.

There was a time when the church was very powerful–in the time when the early Christians rejoiced at being deemed worthy to suffer for what they believed. In those days the church was not merely a thermometer that recorded the ideas and principles of popular opinion; it was a thermostat that transformed the mores of society. Whenever the early Christians entered a town, the people in power became disturbed and immediately sought to convict the Christians for being “disturbers of the peace” and “outside agitators.”‘

Small in number, they were big in commitment and by their effort and example they brought an end to such ancient evils as infanticide and gladiatorial contests. Things are different now. So often the contemporary church is a weak, ineffectual voice with an uncertain sound. So often it is an arch defender of the status quo. Far from being disturbed by the presence of the church, the power structure of the average community is consoled by the church’s silent–and often even vocal–sanction of things as they are.

If today’s church does not recapture the sacrificial spirit of the early church, it will lose its authenticity, forfeit the loyalty of millions, and be dismissed as an irrelevant social club with no meaning for the twenty-first century.

King wondered if organized religion was too inextricably bound to the status quo to save our nation and the world. He knew that “Any nation that year after year continues to raise the Defense budget while cutting social programs to the neediest is a nation approaching spiritual death.”

We who claim to be Christian are called to love our enemies and that the daughters and sons of God are the peacemakers. The last words Jesus spoke to his follower’s before his martyrdom was to “put down the sword” and his first words after his resurrection was “My peace be with you.”

During one of my seven trips to occupied Palestine since 2005, Mohammad Alatar, film producer of “The Ironwall” addressed my group on an Israeli Committee Against House Demolitions tour through Jerusalem and to the village of Anata and the Shufat refugee camp, in the very area where the prophet Jeremiah in the 6th century B.C. critiqued the violent conflicts in the Mid East, which were already old news: “I hear violence and destruction in the city, sickness and wounds are all I see.” [Jeremiah 6:7]

After we broke bread and ate a typical Palestinian feast prepared by the Arabiya family in the Arabyia Peace Center, Mohammad Alatar said:

“I am a Muslim Palestinian American and when my son asked me who my hero was I took three days to think about it. I told him my hero is Jesus, because he took a stand and he died for it. What really needs to be done is for the churches to be like Jesus; to challenge the Israeli occupation and address the apartheid practices as moral issues. Even if every church divested and boycotted Israel it would not harm Israel. After the USA and Russia, Israel is the third largest arms exporter in the world. It is a moral issue that the churches must address.”

While he lived the FBI placed wiretaps on Reverend King’s home and office phones and bugged his hotel rooms throughout the country.  By 1967, King had become the country’s most prominent opponent of the Vietnam War, and a staunch critic of U.S. foreign policy, which he deemed militaristic.

In his “Beyond Vietnam” speech delivered at New York’s Riverside Church on April 4, 1967 [a year to the day before he was murdered] King called the United States “the greatest purveyor of violence in the world today.”

In 1986 the federal government ‘honored’ King with a national holiday.

America was founded by visionaries, rebels, agitators, dissidents, fathers, mothers, sisters and brothers who essentially told the King of England to back off of this land and leave US alone.

The most revolutionary minded of all America’s founding fathers was Tom Paine, who articulated a flaming hope birthed in a vision of a new world driven by the spirit of independence from a British occupation.

Tom Paine’s self published forty page pamphlet, “Common Sense” united a disparate and disconnected group of settlers to become compatriots who rose up in rebellion and formed a nation that can only thrive on dissent.

Mine too and that is WHY I am a Citizen of Conscience for U.S. House of Representatives, 2012.