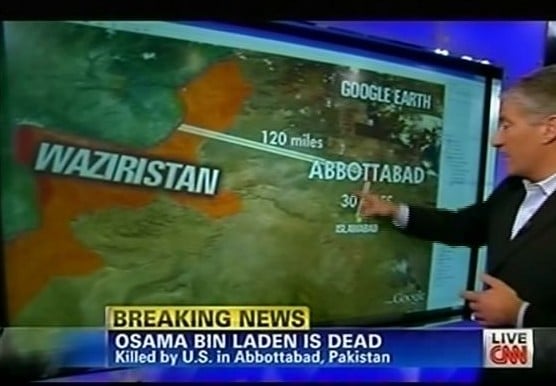 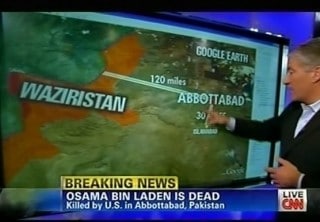 Osama Bin Laden killed in Abbotabad near Islamabad of Pakistan

Pakistani Urdu TV channel Geo News quoted Pakistani intelligence officials as saying that the world’s most wanted terrorist Osama Bin Laden was killed in a search operation launched by the Pakistani forces after a Pakistani army helicopter was shot down in the wee hours of Monday in Abbotabad, a mountainous town located some 60 kilometers north of Pakistan’s capital city of Islamabad.

At about 1:20 a.m. local time a Pakistani helicopter was shot down by unknown people in the Sikandarabad area of Abbotabad. The Pakistani forces launched a search operation in the nearby area and encountered with a group of unknown armed people. A fire exchange followed between the two sides.

Initial reports said that at least one was killed and two others were injured in the crash. At least two houses were engulfed by the huge fire caused by the crashed chopper.

Rescue team rushed to the site shortly after the crash was reported and the armed forces cordoned off the area and launched a search operation there.

Sources of Xinhua said they tried to enter the area after the incident took place, but no media people were allowed inside.

“No one knows in that helicopter crash Bin Laden was killed,” said the sources.