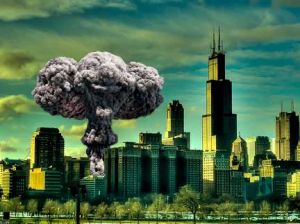 5/5/11 — Alarming intelligence has reached me from US, UK and EU reliable sources, which demands that I issue an immediate alert to all three target zones, from 5/5/11 through 5/11/11.

My three false flag analyses of last week, since corroborated by events, are an intelligence summary:

A Princess Bride’s A-Bomb Peril, 4/29/11 — “There’s nothing in my headline that’s not in the back of the public’s head, put there by a steady stream of stories about Islam and the Bomb. From New Zealand and Australia down under to the United States and Canada up above. Oceania is focused on a single event, and if evildoers were to spoil the sport, it would react with rage.”

OBL death means “nuclear hellstorm” vows KSM!, 5/1/11 — “U.S. claims of a successful military operation that killed Osama bin Laden (OBL) come on the heels of a story out of Guantanamo Bay, according to which Khalid Sheikh Mohammed (KSM) said that Al-Qaeda is prepared to launch a “nuclear hellstorm” against the United States and United Kingdom in the event that OBL was killed or captured.”

Chicago delenda est! Rahm the Bomb takes aim!, 5/3/11 — “Yesterday Chicago’s Mossad Mayor-to-be Rahm Emanuel, the son of a Jewish Irgun terrorist, named Garry McCarthy, Giuliani’s right-hand man on 9/11, to be his top cop. McCarthy’s foremost priority will be to aid and abet 9/11-2B, the Ghost Troop code-name for the next 9/11. The announcement was clearly choreographed with the White House, coming amid scenes of Pavlovian patriotism over reports of OBL’s death.”

Mainstream Media confirms several Ghost Troop missions to thwart false flag attacks. It’s a compelling case against those who attack anything not in the New York Times or Jerusalem Post.

Analyst Analysis — Captain Eric H. May is a former Army NCO and officer, with specialties in WMD warfare, military intelligence and public affairs. He was also an NBC editorial writer, whose essays and articles have been published widely, from Military Intelligence Magazine to The Wall Street Journal.

After the invasion of Iraq, he self-mobilized on a mission of conscience to expose the Battle of Baghdad Cover-up (BOBCUP), joining other veterans to form Ghost Troop. Since 2004 they have operated to prevent the next 9/11 (9/11-2B). As a result of Ghost Troop’s historic accomplishments, The Lone Star Iconoclast published Captain Eric H. May Deserves Congressional Medal of Honor.