Home Government Is Pakistan Being Cast as Next Plausible Evil Doer? 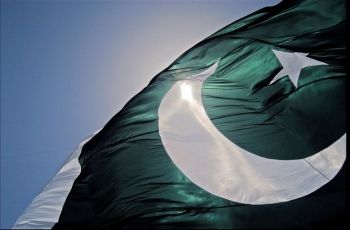 Conspiracy theorists assure us that Osama bin Laden was killed in December 2001 and his body put on ice in—of course—an undisclosed location. If the recent killing of bin Laden was a lie, who were the liars? All 79 members of SEAL Team 6, the Joint Chiefs of Staff, the U.S. State Department, the White House and 16 U.S. intelligence agencies. All conspired to have us believe that he was killed in Pakistan.

“Who you gonna believe,” the theorists ask, “me or your lyin’ eyes?”

The killing or capture of Osama bin Laden was a strategic imperative of the Obama presidency. His death on Pakistani soil now presents a challenge to the strategic depth required for security and stability in the region. How, under these circumstances, does the U.S. collaborate with a nation given $20 billion since 911?

To date, the clash between the U.S. and Pakistan has been the focus of mainstream news. Little has been said about the loss of 30,000 Pakistani lives to the war on terrorism. That human toll includes a sharp upswing in deadly attacks since the November 2008 assault in India where Islamic extremists, trained in Pakistan, left 174 dead in Mumbai. Pakistan was portrayed as guilty—by association.

Savvy national security analysts are monitoring who uses bin Laden’s death to tout The Clash of Civilizations. The continued plausibility of this narrative requires a series of plausible Evil Doers, a role that bin Laden played to perfection.

With his death in Abbottobad, home to Pakistan’s elite military academy, Islamabad looks guilty—by association. Mainstream media immediately proposed a no-win proposition for Pakistan: it was either complicit or incompetent. No other option was offered.

When deploying agenda-advancing narratives to induce wars, the power of association is critical. Should a nuclear device be used in the U.S., the U.K. or the E.U., here is the plausible storyline: “How could Pakistan’s nuclear arsenal be secure if their military could not locate bin Laden’s lair in a military town in Pakistan?”

Is Pakistan Next for Regime Change?

Is the power of association again being deployed to start a war by inducing an internalized narrative that displaces facts with false beliefs? Is Islamabad a new cast in a new movie featuring the same old plot?

Americans know they were induced to invade Iraq on false intelligence. That deceit could not have succeeded absent pre-staging that changed our perception of Iraq from ally to Evil Doer. Is a similar shift in perspective being promoted to rebrand Pakistan?

Plausibility is key. Yet Tom Donilon, Obama’s National Security Adviser, was quick to concede there is no evidence of foreknowledge by Pakistan of bin Laden’s whereabouts.

He also concedes that Pakistan suffered greatly at the hands of those who used its remote lawless regions to train fanatics and launch attacks that killed Pakistanis while Islamabad provided intelligence that enabled Washington to kill or capture extremists.

Obama chose not to share operational intelligence with anyone, including Pakistanis and senior White House staff. Silence is the essence of operational security.

Despite sovereignty issues, the U.S. and Pakistan must make this six-decade relationship work. Progress is best sustained when cooperation is based on mutual interests.

Why Not Try a Prescription That Matches the Malady?

Women in the Pashtun region bordering Afghanistan report that their lives would be vastly improved if they had the electricity to run four light bulbs, charge their cell phones and power their TVs. This is 2011 after all.

Equipping an off-the-grid home with just two high efficiency thin film solar panels would do the job. Another four panels would allow them to refrigerate their food. Imagine raising and educating your children without access to affordable electricity.

Approximately 70% of Pakistani tax revenues are used to service external debt. Much of the balance funds their 1.5 million-strong military, leaving few resources for education or other services for Pakistan’s 185 million citizens.

It’s no wonder that Pakistani children educated in 40,000 Islamic seminaries (madrassas) fail to learn useful job skills. Or that the average Pakistani is skeptical of Islamabad.

The missing component is not trust but a shared vision of what both nations require to restore and sustain their national security. As the largest contributor of personnel to U.N. peacekeeping missions, Pakistan is well positioned to become a global force for positive change.

At this key juncture in an essential relationship, should Americans kill more Muslims, further advancing The Clash storyline? Or should Pakistan and the U.S. join forces to create a new narrative founded on peace through human dignity and solar-powered prosperity?

The tools are known, available and affordable. The missing ingredients are leadership, imagination and the confidence that success is possible.