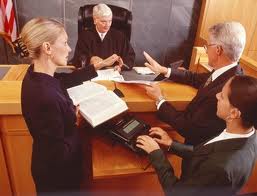 (Special) —If your lawyer has let you down, if he or she has flubbed your case, it may be because most law schools never offer the practical courses lawyers’ need to succeed.

And that’s not exactly an oversight, either. “In line with aggrandizing (law school) faculty desires, the accreditation rules of the American Bar Assn.(ABA) do not require sufficient, or sometimes, any, instruction in the competencies and skills needed by practicing lawyers,” two critics of legal education charge in a new book.

Unlike the professions of medicine, nursing, pharmacy, dentistry, psychology, teaching, and even veterinary medicine, the ABA steadfastly refuses to put the focus on teaching law students what they need to know, write Lawrence Velvel, dean and cofounder of the Massachusetts School of Law at Andover(MSL) and Kurt Olson, an assistant professor of law there. Medical schools, for example, require that at least one-third of a student’s study for the MD degree be in practical skills.

“Law deans and law professors have for scores of years been notorious for not liking and for demeaning the actual practice of law, for having little experience with it and therefore little knowledge of the required skills,” Velvel and Olson write in “The Gathering Peasants’ Revolt in American Legal Education”(Doukathsan).

“Therefore, the ABA’s accreditation standards, basically drawn by and drawn entirely for the professoriate, had no requirement that students be taught needed professional skills such as how to conduct pretrial proceedings and trials, how to draft various kinds of legal papers, etc.,” the co-authors say.

Instead, ABA — the principal accreditor of some 200 law schools—focuses on teaching inputs that are largely about the professors, not the students. Such rules include “limiting hours of teaching, limiting overall workloads, demanding large, full-time faculties via the method of computing the student/faculty ratio and a requirement that most of a student’s hours be taught by full-timers, requiring tenure and sabbaticals, requiring plush facilities and large libraries,” Velvel and Olson write.

By contrast, a growing number of law schools, such as MSL, have revolted against ABA standards and are teaching law students practical competencies such as:

“The ABA accreditors, of course, do not wish to get anywhere near such a list of competencies needed in practice,” Velvel and Olson write, as they would “change the nature of legal education from the overwhelmingly theoretical and abstract character favored by the academics who predominate in legal education and accreditation, to a course of study far better balanced between theory and practice. In so doing, they would cause the theoretically oriented legal academics to lose the cushy life they have built for themselves.”

There is growing sentiment in the legal profession for change. Brian Tamanaha, the Chief Judge Benjamin N. Cardozo Professor of Law at St. John’s University and a member of the Institute for Advanced Study at Princeton University for 2007-08, wrote:

“The accreditation process is justified as the means to insure a quality legal education so that the public will be served by competent lawyers. Oddly, in the very period in which law schools were being instructed to boost their professors’ pay (to attract highly qualified professors)and to cut their teaching hours (so they could do more academic research, which would presumably enhance their knowledge and teaching), the American Bar Association also produced the MacCrate Report, arguing that law schools were doing a poor job of training lawyers. The reason for this failure: law professors were occupied with academic matters while neglecting practical legal training for their students.”

Tamanaha advocated, “Money now allocated to scholarship and research leaves would instead go to clinics and other practice training; professors would teach 15 hours or more a week; faculty would be hired for the desire and ability to train lawyers, not for scholarship; more law schools would look like Massachusetts School of Law (which the ABA has mightily resisted). Schools built around this alternative model would produce capable lawyers at a much lower tuition, which would be good for the students and good for society.”

The Massachusetts School of Law was founded in 1988 to provide a practicable, quality, affordable education to minorities, immigrants, and students from low- and middle-income households who might not otherwise be able to enter the legal profession.