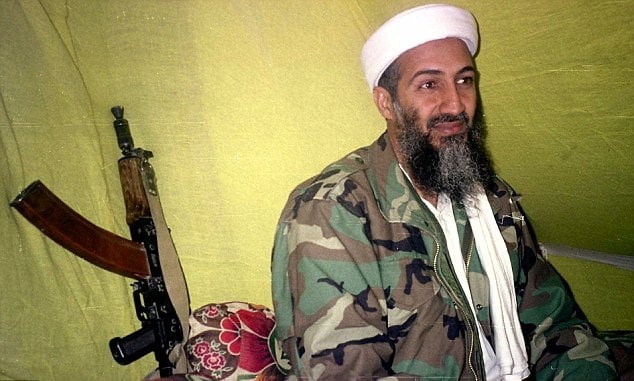 Hardly a week has lapsed since the shattering news of helicopter assault by US SEALs leading to Osama bin Laden’s death and already several branches have sprouted from the trunk of the original story.
Too many doubts are being expressed about the authenticity of the claims made by rejoicing US leaders. As the clouds of skepticism are getting thicker, euphoria of US leadership is correspondingly getting deflated.

The big question which troubles ones mind is as to why the US decided to keep Pakistan outside the loop and went for a solo action. Why did it not want to share victory with Pakistan?

Did it not contemplate the negative fallout effect of its unilateralism? Did it not chew over the possibility that Pakistan might dissociate itself from war on terror at this critical stage and gains made over Osama might get jeopardized?

If so, why was it so sure that Pakistan would ignore it as it had ignored drone attacks? Kayani, Pasha and Rao Qamar couldn’t have possibly given the guarantee since the axe fell upon them.

Were it the Zardari-Gilani-Malik-Haqqani combine who stood as guarantors that Pakistan will play down the act of violation of Pakistan’s sovereignty and let it pass? Could it be that Zardari and Gilani prevailed upon Kayani and Pasha that one-time action may be allowed to save the relationship with USA from sinking?

Or that Pakistan after learning about Osama’s location considered it too risky to catch him because of militant’s backlash and passed on the baby to USA? Or Pakistan ceded to US request to enable it to justify its early withdrawal from Afghanistan on a winning note?

Is it that the US was cash strapped and couldn’t afford payment of head money in case of a joint action with Pakistan which had provided the initial breakthrough? Or was the US political and military leadership too starved for some sort of victory having an element of glory that it wanted to stand alone on the victory stand?

Or was it personal vendetta of Leon Panetta against Shuja Pasha and he wanted to teach him a lesson and satiate his hurt ego? Or the US wanted to embarrass Pakistan by putting it in a tight corner so that it was in no position to disobey its dictates or show defiance in future?

Or the US wanted to fire a testing round to test Pakistan’s early warning and air defence capabilities and judge its response action?

Or it was a hoax to cash upon the ghost of Osama? Or was it to stir up uprising in Pakistan similar to the ones in Arab countries and then make it a pretext to take actions as in case of Libya?

Or it wanted to provoke Pakistan to react and then make it a pretext to go to war and seize Pakistan’s nukes?

Knowing the psychology of American troops who resort to the option of boots on ground as a last resort only, they make doubly sure that there is not even 1% risk of casualties before undertaking any adventure.

Operation ‘Get Geronimo’ in military garrison of Abbottabad and that too noisy was like landing plum in the middle of dense minefield with too many risks.

Did it not amount to a suicide attack with 60-40% success rate? Besides the casualty factor, in case of an aborted mission, it would have had crippling effects on the political future of Obama and the Democrats.

Joint action with Pakistan would have nullified the negative prospects to quite an extent and major blame would have come on Pakistan.

Even if we blindly accept the one-sided US story, how come Osama being a trained fighter with no dearth of chivalry chose to live in a house which had no protection? Like the minefield being of no value unless covered with fire, high walls of the house are of no consequence without inner protective shield.

Going by the lifestyle of Osama, he was not the man to get caught and killed so easily. Why didn’t Osama convert his house into a mini fortress to give a last battle and dig a secret tunnel to hide or to escape? No heavy weapons, explosives, hand grenades, ammunition belts, suicide jackets were found.

Since the house was devoid of arsenal and he had not put up token resistance even with his personal weapon, it means Osama had given up militancy and was leading a quiet and peaceful life with his family. Was it fair to kill an unarmed man? 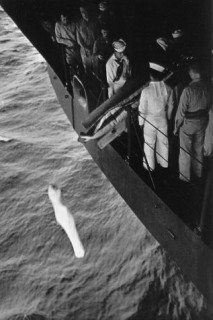 Pretext of his burial at sea is unconvincing since the Afghans are not inclined to the idea of shrines.

Osama was wanted since 2001 dead or alive. How come, when the golden trophy was seized, it was disposed off in indecent haste rather than displaying it in all the 50 states of USA?

All these are troubling conjectures mainly because of jumbled responses of our leaders. The fact that our top leadership remained mum for one week speaks volumes about its possible complicity. President has yet to utter a word on this tragic incident.

Exposure made by Wikileaks about our leaders on the issue of drones is still fresh in our minds. It disgusted the people to find our leaders busy making new political alliances to preserve their hold on power at a time when country’s sovereignty lay in tatters.

Suspicions of the public were further reinforced when the PM in his belated speech in the National Assembly on 9 May failed to chastise USA for stabbing Pakistan in the back. He was expected to denunciate the US intrusion in a firm tone.

There was an element of bellicosity and rhetoric but his speech lacked the desired punch. He didn’t deem it fit to say that the US act constituted a breach of country’s sovereignty and was violation of international laws, and that not only the matter will be referred to the UN but any future adventure of this sort will be retaliated with full force.

How could Gilani jump to the conclusion that it was an intelligence failure when no inquiry had been conducted? He could say that it was failure of political leadership since till then it had remained in a state of limbo.

While delivering his insipid speech, he neither looked ashamed or indignant. He performed the ritual to stave off mounting pressure and to buy time and not to assuage the hurt feelings of the people.

Instead of removing the clouds of despair and hopelessness, he further disheartened the nation. Why he couldn’t behave like Fidel Castro, Ahmedanijad, Chavez or Qaddafi in these testing times to cheer up the people suffering from wounded pride and sense of extreme insecurity?

The nation would have felt heartened if he had boldly confessed that it was his mistake to liberalize the visa policy which enabled 7000 undesirable elements from USA to sneak into Pakistan and enabled CIA to establish a full-fledged network with resources far greater than ISI.

He should have candidly admitted that it was because of policy of appeasement of his government and that of Musharraf’s government that enabled the US to micro manage Pakistan’s domestic affairs and encouraged it to first target FATA with drones and then carryout this brazen attack deep inside Pakistan.

He should have sacked the two US pawns Malik and Haqqani and then tendered his own resignation. Nothing of the sort happened. Despite being stabbed in the back, our leaders do not want to free Pakistan from the suffocating embrace of USA since it is still breathing.

About the writer: Asif Haroon is a defence analyst. Email: [email protected]

The US has yet to furnish proofs that Osama was killed. No photograph of his dead body within the Abbottabad house or before and during his burial at sea has been displayed.